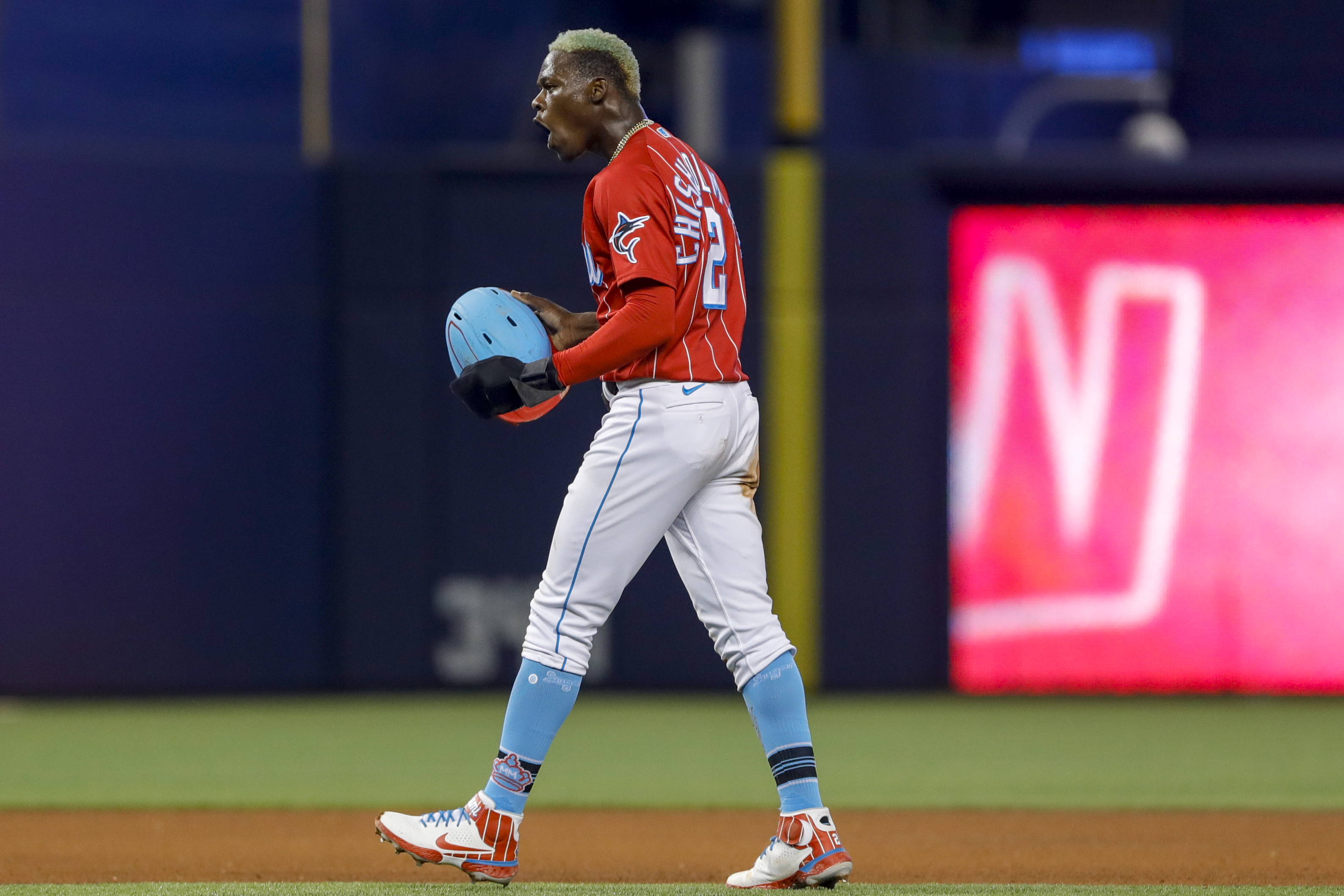 Trevor Rogers and the Miami Marlins (47-63, 5th in NL East) travel to Coors Field on Sunday where they'll take on the Colorado Rockies (49-61, 4th in NL West). The Rockies open this matchup at -167 while the Marlins are coming in at +130. The over/under is set at 9. The starting pitchers will be Trevor Rogers and Kyle Freeland.

Miami owns a slugging percentage of .374 and have struck out 1,052 times, while drawing a walk on 316 occasions. They have 406 runs batted in as well as 856 base knocks on the season, and their batting average is at .234. The Marlins have compiled 157 doubles as a squad and have smacked 107 baseballs out of the stadium. They have racked up 429 runs scored while having a team on-base percentage of .301. As a team, the Miami Marlins are putting up 3.9 runs per game, which ranks them 27th in baseball.

The Marlins have compiled a team earned run average of 3.60 for the year (6th in MLB), and they have struck out 942 hitters. They have accumulated a K/BB ratio of 2.65 and their pitching staff has a collective WHIP of 1.23. Marlins pitchers have relinquished 100 long balls and also 439 runs (9th in baseball). They have walked 356 hitters and their FIP sits at 3.85 as a unit on the season.

The Marlins have sent 409 relievers to the mound on the year. The bullpen pitchers have inherited 117 runners on the season and 38.5% of those runners earned a run for their team. They have earned 21 saves over the course of the season and have blown 22 of their 43 save opportunities. The Marlins relievers have a save percentage of 48.8% and has stepped onto the mound in 99 save situations. The relievers have a total of 56 holds this year (12th in baseball). Marlins relief pitchers have come into the game with opponents on base 78 times in addition to having 126 appearances in high leverage situations.

The Marlins have converted 69.7% of baseballs in play into outs out of their 8,685 innings, which has them sitting 15th in pro baseball. The Miami Marlins have amassed 2,895 putouts on the campaign, as well as 984 assists and 81 errors. Their fielding rate is holding at .980 which ranks 30th in baseball, and have earned 755 double plays.

Colorado has a total of 117 home runs so far this season and 469 runs batted in. They have hit 189 two-baggers, while taking a walk 335 times as well as putting up 494 runs. The Colorado Rockies have accumulated an OBP of .316 as well as a batting average of .249 so far this year. The Rockies hold a slugging percentage of .409 and they are recording 4.49 runs per contest (15th in the league). They have struck out on 918 occasions (23rd in baseball) and have notched a total of 911 base hits.

The Rockies are sitting with a team WHIP of 1.364 and have a FIP of 4.43 as a team for the season. They currently have a strikeout to walk ratio of 2.35 (869 strikeouts against 370 bases on balls). They are currently ranked 24th in MLB as a staff in total hits conceded with 924. They have conceded 131 homers and they allow 5.05 runs per 9 innings (24th in MLB). The Colorado pitching staff have surrendered 532 runs on the campaign while holding an ERA of 4.68 (493 earned runs yielded).

Colorado relievers hold an inherited score percentage of 41.2% out of 136 inherited base runners. Their relief pitchers have taken the field 108 times in high leverage situations and on 88 occasions with runners on. Sitting with 78 save situations, the Rockies have accrued 39 holds in addition to 19 blown saves. They sit at 27th in the league with a save rate of 51.3%, and they have dispatched 350 relief pitchers to the mound this season. Colorado has had bullpen pitchers step onto the mound in 39 save chances and they have walked away with 20 saves.

The Colorado Rockies have turned 96 double plays and own a fielding percentage of .985 (9th in MLB). The Rockies have racked up 1,048 assists, 59 errors and have notched a total of 2,847 putouts over the course of the season. In 8,541 innings on the field, the Rockies hold a defensive efficiency of 68.9% (22nd in baseball).