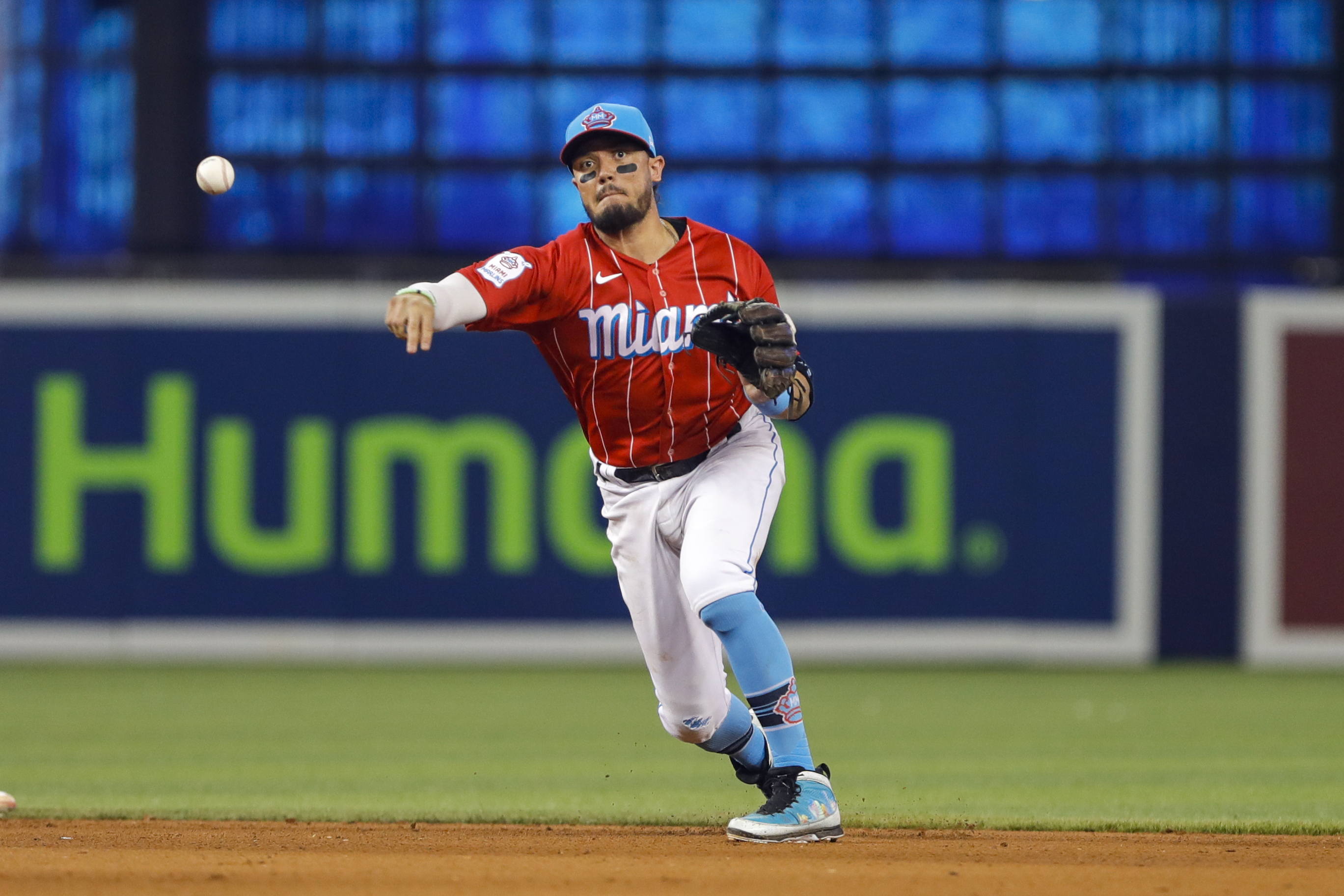 Zach Thompson and the Miami Marlins (45-61, 5th in NL East) host the New York Mets (55-50, 1st in NL East) at Marlins Park on Wednesday. The Mets open this contest at -185 while the Marlins are priced at +140. The O/U is set at 7.5. The pitchers taking the mound will be Carlos Carrasco and Zach Thompson.

The Mets have accrued 136 doubles as a squad and have hit 113 balls out of the stadium. New York has a slugging rate of .385 and have been rung up 879 times, while drawing a walk on 325 occasions. As a team, the New York Mets are recording 3.8 runs per outing, which has them sitting at 29th in the league. They have tallied 382 RBI's as well as 773 base knocks for the year, and their average at the plate is sitting at .236. They are sitting with 397 runs while holding a team on-base percentage of .314.

The Mets are sitting with a team earned run average of 3.64 over the course of the season (8th in the league), and their staff has struck out 947 hitters. Their pitching staff has walked 310 opposing players and their FIP is 3.86 as a team so far this year. They have accumulated a K/BB ratio of 3.05 and the pitching staff sits with a WHIP of 1.22. Mets pitchers have relinquished 112 long balls and also 404 runs in total (4th in baseball).

The Mets relievers have accumulated a save percentage of 65.2% and stepped onto the hill in 94 save situations. The bullpen pitchers have inherited 124 runners for the season with 33.1% of those players earned a run for their team. Mets bullpen pitchers have entered the contest with players on base 81 times in addition to having 104 appearances in high leverage situations. The Mets have dispatched 332 relief pitchers to the mound over the course of the season. The relief pitchers have notched 47 holds on the campaign (22nd in MLB). They have earned 30 saves over the course of the season and have blown 16 of their 46 save opportunities.

The New York Mets have a tally of 2,638 putouts this year, in addition to 836 assists and 53 errors. Their fielding rate is holding at .985 which is 9th in baseball, and have a total of 664 double plays. The Mets have converted 69.8% of balls in play into outs out of 7,914 innings, which has them sitting at 15th in professional baseball.

The Miami Marlins have a team OBP of .302 in addition to a batting average of .234 so far this year. They have been called out on strikes on 1,008 instances (5th in the league) and have accounted for 817 hits. Miami is sitting with 102 long balls on the campaign as well as 386 RBIs. The Marlins hold a slugging percentage of .372 and they score 3.90 runs per outing (27th in baseball). They have hit 147 doubles, while taking a walk 307 times as well as recording 409 runs.

Miami has had relief pitchers step onto the mound in 39 save chances and they have earned 18 saves. They sit at 29th in MLB holding a save rate of 46.2%, and they have dispatched 388 bullpen pitchers onto the field this season. Their bullpen pitchers have come in 119 times in high leverage situations in addition to 74 occasions with runners on base. Miami relief pitchers hold an inherited score percentage of 40.7% of 108 inherited base runners. With 89 save situations, the Marlins have earned 50 holds in addition to 21 blown saves.

In 8,289 innings on the diamond, the Marlins hold a defensive efficiency of 69.9% (13th in the majors). The Miami Marlins have twisted 97 double plays and hold a fielding percentage of .980 (30th in professional baseball). The Marlins have accrued 938 assists, 76 errors and have accounted for 2,763 putouts this year.