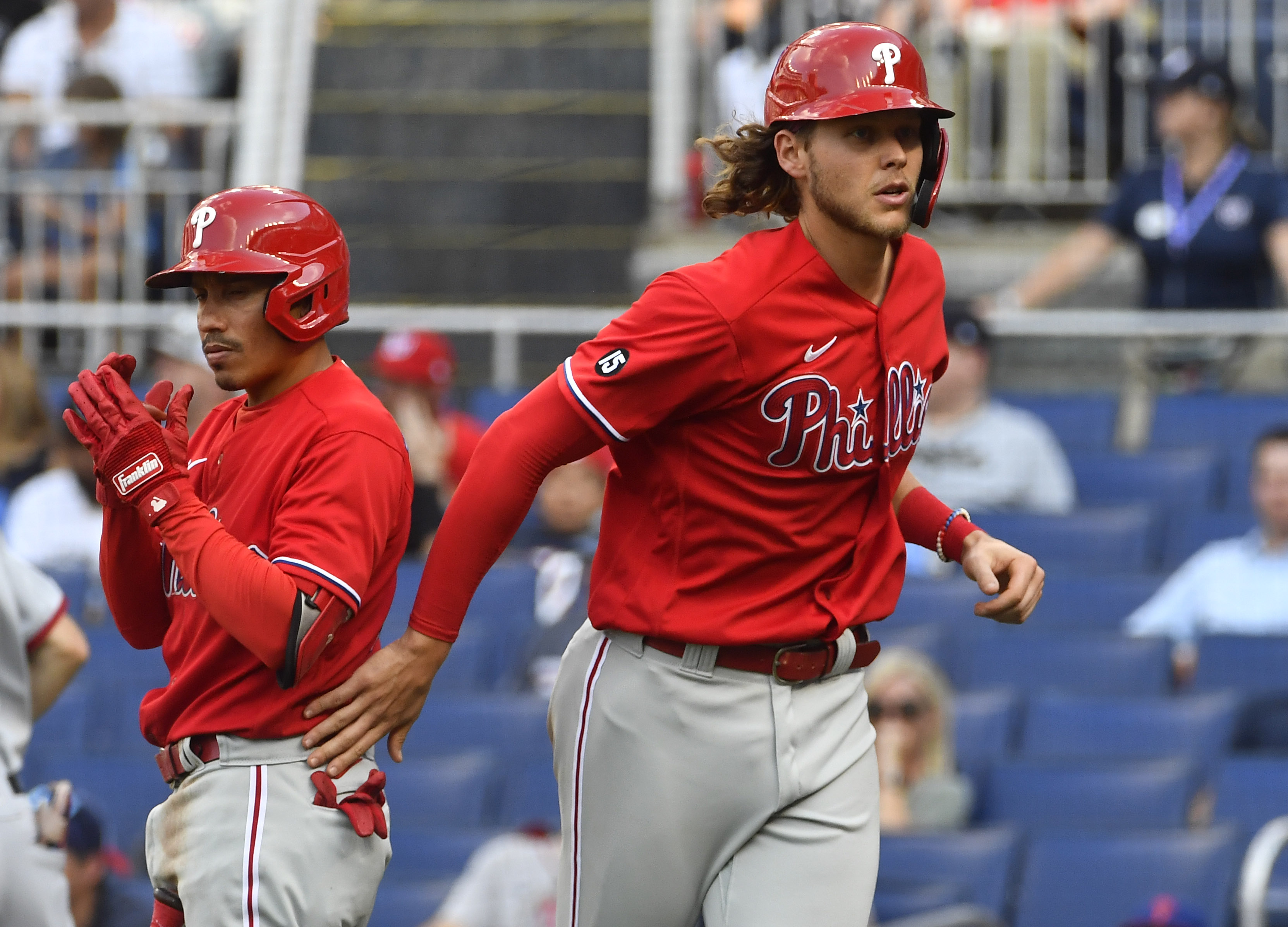 Ranger Suarez and the Philadelphia Phillies (56-53, 2nd in NL East) play the New York Mets (56-52, 1st in NL East) at Citizens Bank Park on Saturday. The odds on this matchup have the Mets coming in at +100 and the Phillies are at -125. The total has been set at 8.5. The pitchers who are expected to start will be Tylor Megill and Ranger Suarez.

New York has a slugging percentage of .383 and have been called out on strikes 912 times, while taking a walk on 345 occasions. They have accrued 393 RBI's and 804 base knocks over the course of the season, and their team batting average comes in at .236. The Mets have hit 145 doubles as a unit and have hit 115 balls out of the park. They have earned a total of 411 runs scored and have an OBP of .315. As a squad, the New York Mets are knocking in 3.8 runs/g, which puts them at 28th in the league.

The Mets hold a team ERA of 3.67 so far this year (8th in the league), and the staff has struck out 978 batters. They have earned a strikeout to walk ratio of 3.09 and their pitching staff holds a collective WHIP of 1.22. Mets pitchers have allowed 116 home runs and 422 total runs (4th in baseball). They have walked 316 batters and their FIP is 3.85 as a unit on the year.

The Mets relievers have a save rate of 64.6% and has come into the game in 97 save situations. The relief pitchers have inherited 128 base runners so far this year and 32.8% of them crossed home plate. Mets relief pitchers have entered the contest with opponents on base 84 times and also have had 111 appearances in high leverage situations. The Mets have dispatched 346 relief pitchers to the hill this season. The bullpen have a total of 48 holds this season (22nd in MLB). They have 31 saves so far this season and have blown 17 of 48 chances to get a save.

The New York Mets have a tally of 2,737 putouts at this point in the season, as well as 870 assists and 56 errors. Their fielding percentage is currently at .985 which puts them in 11th in pro baseball, and have 691 double plays. The Mets have turned 69.8% of baseballs in play into outs in their 8,211 innings, which has them sitting at 15th in the majors.

Philadelphia has recorded 128 home runs over the course of the season to go along with 483 RBIs. They have 183 two-baggers, while getting a free base 387 times as well as scoring 506 runs. The Philadelphia Phillies have recorded an on-base percentage of .321 as well as a batting average of .243 this year. The Phillies have a SLG% of .407 and they score 4.64 runs per contest (13th in baseball). They have struck out on 977 occasions (12th in baseball) and have tallied 879 base hits.

Philadelphia has had relief pitchers take the mound in 50 save opportunities and they have walked away with 25 saves. They are ranked 28th in baseball holding a save rate of 50.0%, and they have sent 344 bullpen pitchers to the hill so far this year. Their relief pitchers have come in 115 times in high leverage situations and also on 94 occasions with runners on base. Philadelphia relievers have an inherited score percentage of 43.8% out of 137 inherited runners. With 97 save situations, the Phillies have amassed 42 holds and 25 blown saves.