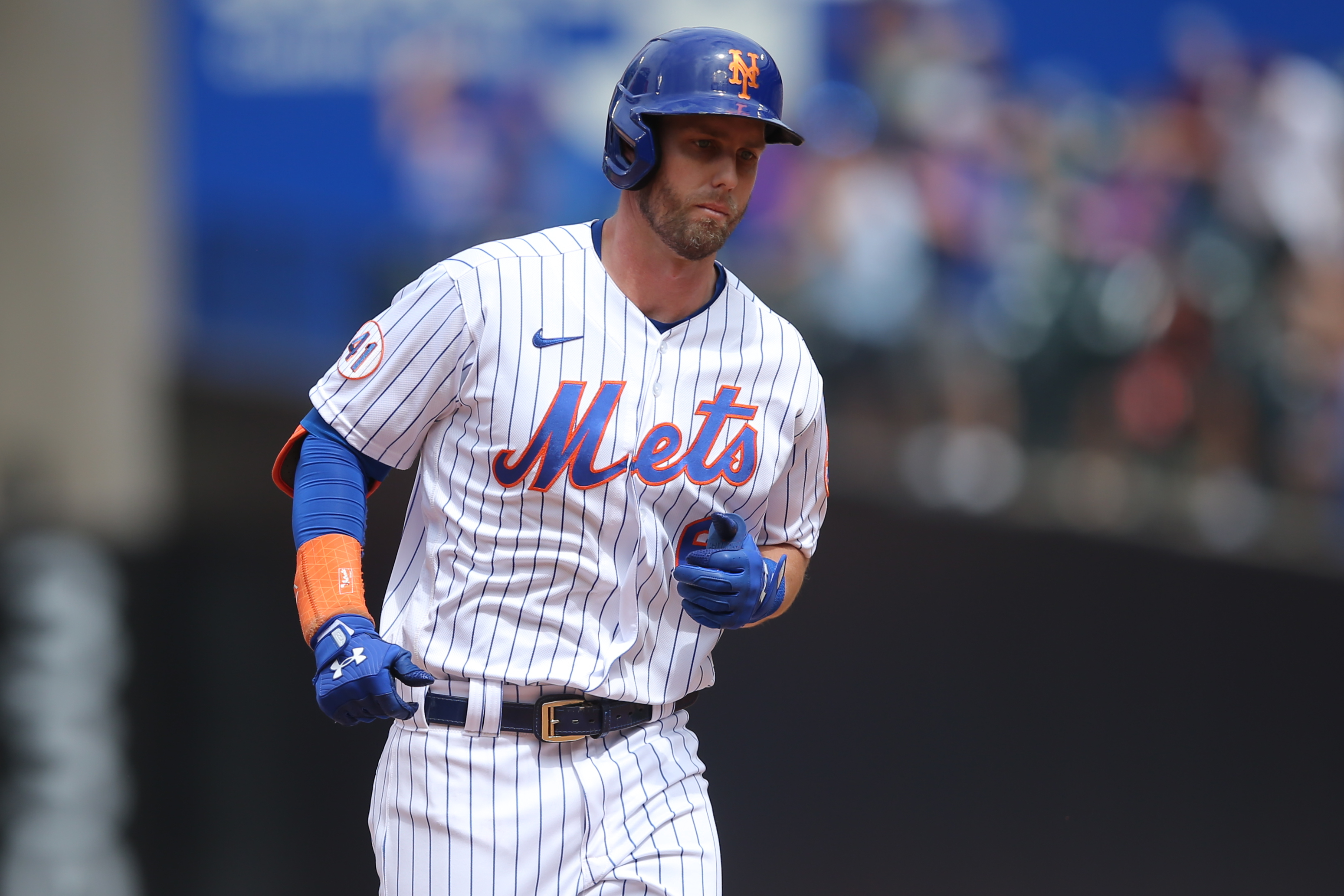 Taijuan Walker and the New York Mets (56-53, 2nd in NL East) are headed to Citizens Bank Park on Sunday where they'll take on the Philadelphia Phillies (57-53, 1st in NL East). The Phillies open this matchup at -172 while the Mets are coming in at +135. The O/U has been set at 8. The starting pitchers are Taijuan Walker and Zack Wheeler.

As a unit, the New York Mets are scoring 3.8 runs/g, which puts them at 28th in baseball. They have earned 413 runs while holding a team OBP of .314. The Mets have tallied 146 two-baggers as a unit and have hit 116 balls out of the park. They have accounted for 395 RBI's and 809 base knocks over the course of the season, and their team batting average is .235. New York is slugging .382 and have been called out on strikes 919 times, while being walked on 349 occasions.

The Mets are sitting with a team ERA of 3.68 for the year (9th in baseball), and their staff has rung up 987 hitters. They have accumulated a K/BB ratio of 3.11 and their pitching staff has a collective WHIP of 1.22. Mets pitchers have yielded 118 home runs and also 426 runs in total (4th in the league). Their pitching staff has walked 317 hitters and their FIP comes in at 3.86 as a squad so far this year.

The Mets have dispatched 349 relievers to the mound so far this year. The relievers have inherited 128 base runners on the campaign with 32.8% of them ended up scoring. They have recorded 31 saves this season and have blown 17 of their 48 save chances. The Mets relievers have a save percentage of 64.6% and has come into the game in 97 save situations. The bullpen have a total of 48 holds for the year (23rd in baseball). Mets relief pitchers have entered the game with players on base 84 times as well as having 111 appearances in high leverage situations.

The Mets have turned 69.8% of baseballs in play into outs out of their 8,283 innings on the diamond, which has them ranked 12th in professional baseball. The New York Mets have earned 2,761 putouts at this point in the season, in addition to 880 assists and 57 errors. Their fielding percentage is currently at .985 which has them ranked 13th in the majors, and they have twisted 699 double plays.

The Phillies hold a team slugging % of .408 and they are recording 4.64 runs per game (13th in the league). They have hit 183 doubles, while taking a walk 388 times as well as scoring 510 runs. Philadelphia has recorded 130 home runs for the year and 487 runs batted in. They have been called out on strikes on 986 occasions (12th in baseball) and have notched a total of 887 base knocks. The Philadelphia Phillies have a team OBP of .321 in addition to a team batting average of .243 for the season.

Philadelphia has had relievers step onto the mound in 51 save chances and they have come away with 26 saves. They rank 28th in the league holding a save rate of 51.0%, and they have sent 347 bullpen pitchers to the mound this season. Their relievers have stepped onto the hill 117 times in high leverage situations and on 94 occasions with runners on base. Philadelphia relievers have an inherited score percentage of 43.8% out of their 137 inherited runners. With 100 save situations, the Phillies have 44 holds in addition to 25 blown saves.

The Philadelphia Phillies have twisted 98 double plays and own a fielding percentage of .983 (24th in pro baseball). The Phillies have accrued 997 assists, 69 errors and have earned 2,878 putouts for the year. Out of their 8,634 innings on the diamond, the Phillies have accumulated a defensive efficiency of 68.4% (25th in professional baseball).