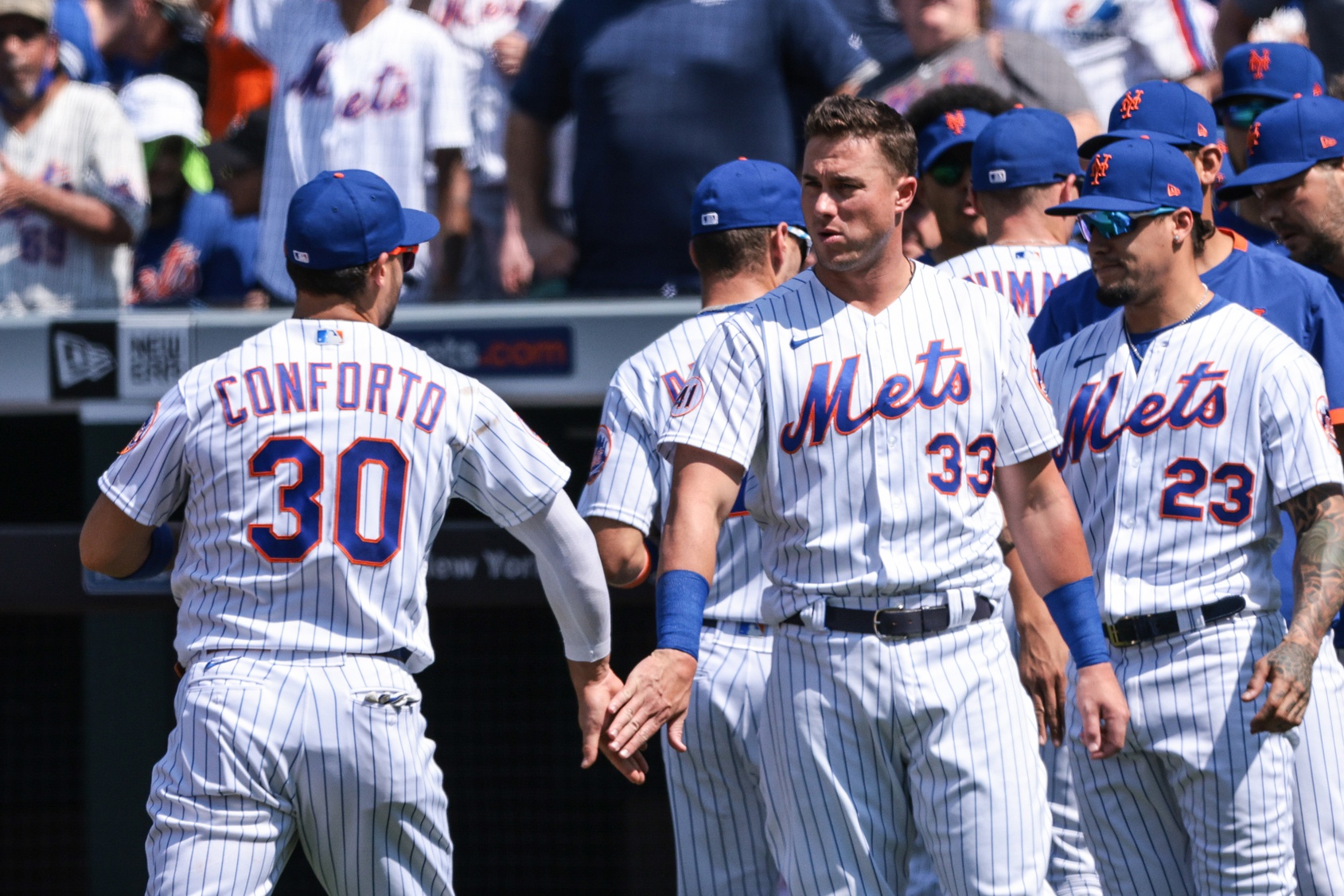 Kevin Gausman and the San Francisco Giants (75-42, 1st in NL West) host the New York Mets (59-57, 3rd in NL East) at Oracle Park on Monday. The Mets open this matchup at +165 while the Giants are priced at -217. The total has been set at 8.5. The pitchers taking the mound will be Rich Hill and Kevin Gausman.

The Mets have accumulated 158 two-baggers as a team and have hit 123 balls out of the park. New York owns a slugging percentage of .382 and have struck out 980 times, while taking a walk on 367 occasions. As a squad, the New York Mets are putting up 3.8 runs per game, which puts them at 28th in baseball. They have 419 RBI's and 863 hits for the season, and their team batting average sits at .235. They have a total of 439 runs while having a team on-base percentage of .313.

The Mets bullpen have accumulated a save percentage of 64.7% and has come into the game in 103 save situations. The relief pitchers have inherited 140 runners this season with 34.3% of them ended up scoring. Mets relief pitchers have come into the game with runners on base 93 times in addition to having 123 appearances in high leverage situations. The Mets have dispatched 374 relievers to the mound for the season. The bullpen have a total of 51 holds so far this season (21st in MLB). They have compiled 33 saves over the course of the season and have missed out on 18 out of their 51 save opportunities.

The New York Mets have a total of 2,938 putouts on the campaign, as well as 938 assists and 59 errors. Their fielding percentage is holding at .985 which ranks 10th in the majors, and have accumulated 742 double plays. The Mets have turned 70.0% of baseballs in play into outs out of 8,814 innings, which has them ranked 9th in baseball.

San Francisco bullpen pitchers have an inherited score rate of 38.4% of 112 inherited runners. Their relievers have come in 134 times in high leverage situations and on 79 occasions with runners on. Sitting with 141 save situations, the Giants have recorded 75 holds in addition to 22 blown saves. They are ranked 7th in the league holding a save percentage of 65.1%, and they have dispatched 410 bullpen pitchers to the hill this season. San Francisco has had relief pitchers enter the contest in 63 save opportunities and they have tallied 41 saves.

The San Francisco Giants have twisted 82 double plays and own a fielding percentage of .987 (4th in baseball). The Giants have racked up 1,051 assists, 55 errors and have accumulated 3,134 putouts over the course of the season. In 9,402 innings on the field, the Giants have a defensive efficiency of 72.0% (1st in pro baseball).