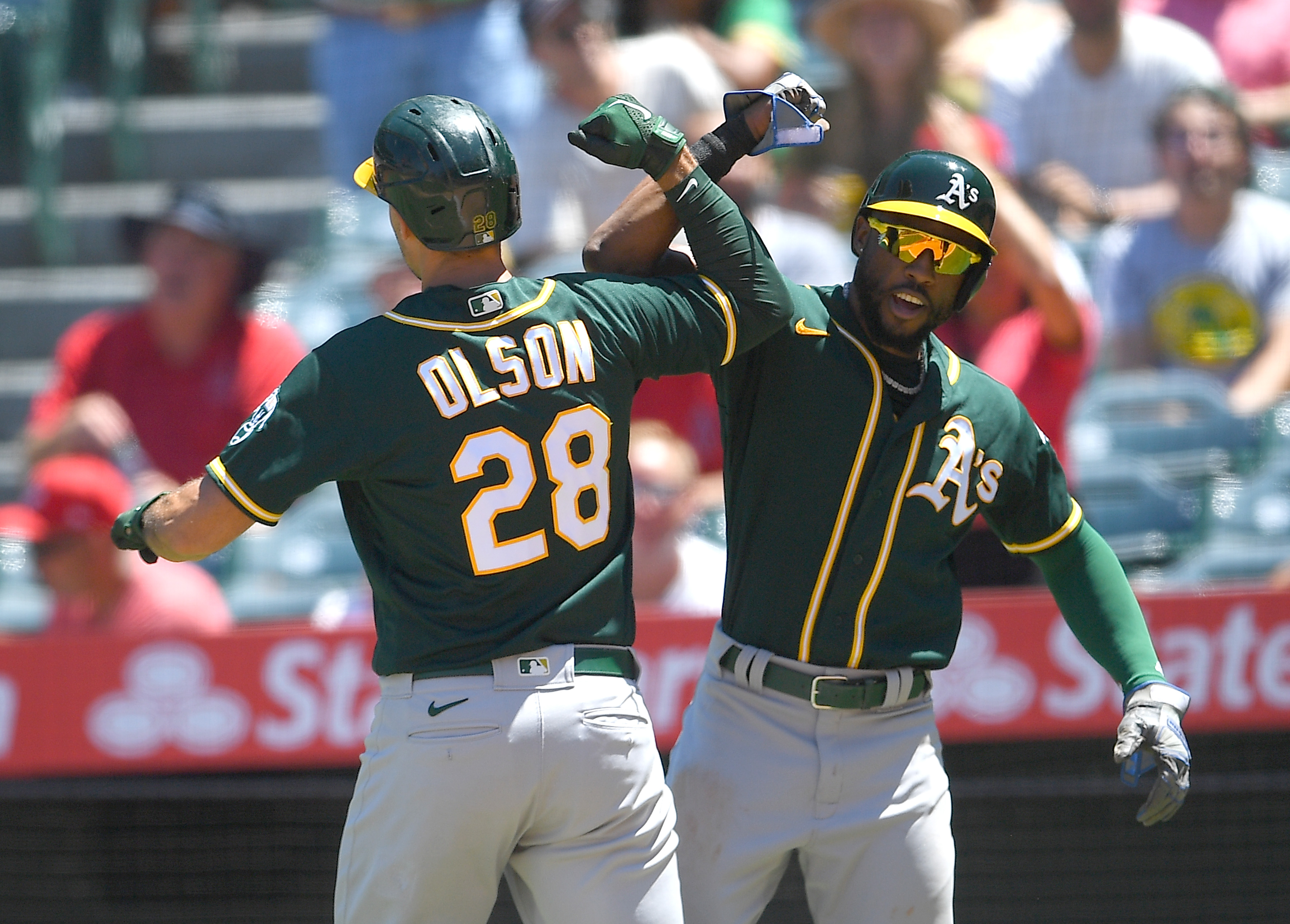 Cole Irvin and the Oakland Athletics (66-48, 2nd in AL West) travel to Globe Life Field on Friday where they'll take on the Texas Rangers (40-74, 5th in AL West). The Athletics open this contest at -172 while the Rangers are coming in at +135. The over/under is set at 8. The pitchers who are expected to start will be Cole Irvin and Dane Dunning.

The Athletics have recorded 192 doubles as a unit and have hit 140 balls out of the stadium. Oakland is slugging .404 and have struck out 978 times, while drawing a walk on 386 occasions. As a squad, the Oakland Athletics are notching 4.5 runs per game, which has them at 16th in baseball. They have accumulated 474 runs batted in in addition to 888 hits for the season, while their team batting average is at .235. They are sitting with 507 runs while holding a team OBP of .315.

The Athletics hold a team earned run average of 3.62 for the year (6th in the league), and their staff has struck out 962 batters. They have walked 306 opposing players and their FIP comes in at 3.80 as a team for the season. Their strikeout to walk ratio sits at 3.14 and their pitching staff has a collective WHIP of 1.20. Athletics pitchers have given up 117 home runs in addition to 442 total runs (6th in the league).

The Athletics have sent 342 relievers to the mound over the course of the season. The relievers have inherited 121 base runners for the season and 33.9% of them ended up crossing the plate. They have earned 29 saves so far this year and have blown 15 of their 44 save opportunities. The Athletics relievers have a save percentage of 65.9% and has come into the game in 92 save situations. The relievers have recorded 48 holds this year (24th in baseball). Athletics relief pitchers have come into the game with runners on 88 times and also have had 98 appearances in high leverage situations.

The Oakland Athletics have notched a total of 3,044 putouts this season, as well as 912 assists and 48 errors. Their fielding percentage is holding at .988 which ranks 2nd in the majors, and they have twisted 774 double plays. The Athletics have converted 70.4% of balls hit into play into outs out of 9,132 innings, which has them sitting 6th in the majors.

Texas has tallied 123 home runs this season as well as 407 runs batted in. They have tallied 145 doubles, while getting a free base 320 times as well as racking up 426 runs. The Texas Rangers have tallied an OBP of .290 as well as a team batting average of .222 for the year. The Rangers have a team slugging percentage of .368 and they average 3.74 runs per game (29th in baseball). They have been called out on strikes on 1,004 occasions (16th in MLB) and are sitting with 836 base hits.

Sitting with 73 save situations, the Rangers have earned 37 holds in addition to 16 blown saves. Texas has called on relief pitchers to step onto the mound in 35 save chances and they have come away with 19 saves. Their relievers have come in 99 times in high leverage situations and also on 100 occasions with runners on base. Texas bullpen pitchers have an inherited score rate of 36.4% out of 154 inherited base runners. They rank 25th in MLB holding a save percentage of 54.3%, and they have sent 348 relievers onto the field so far this year.

In their 9,012 innings played, the Rangers have a defensive efficiency of 69.1% (20th in pro baseball). The Texas Rangers have turned 103 double plays and have a fielding percentage of .985 (14th in MLB). The Rangers have recorded 1,044 assists, 63 errors and have accumulated 3,004 putouts over the course of the season.

Thus far in his career, Dunning has allowed 124 hits while he has accumulated 128 strikeouts in 129 innings pitched. Dunning (7-7 career mark) holds a 4.05 earned run average and has surrendered 8.7 hits per 9 innings. He has allowed 58 ER's while holding a WHIP of 1.318 and being the owner of a FIP of 3.7. His strikeout to walk ratio is 2.78 and he has gone up against 546 opposing hitters so far in his pro baseball career.