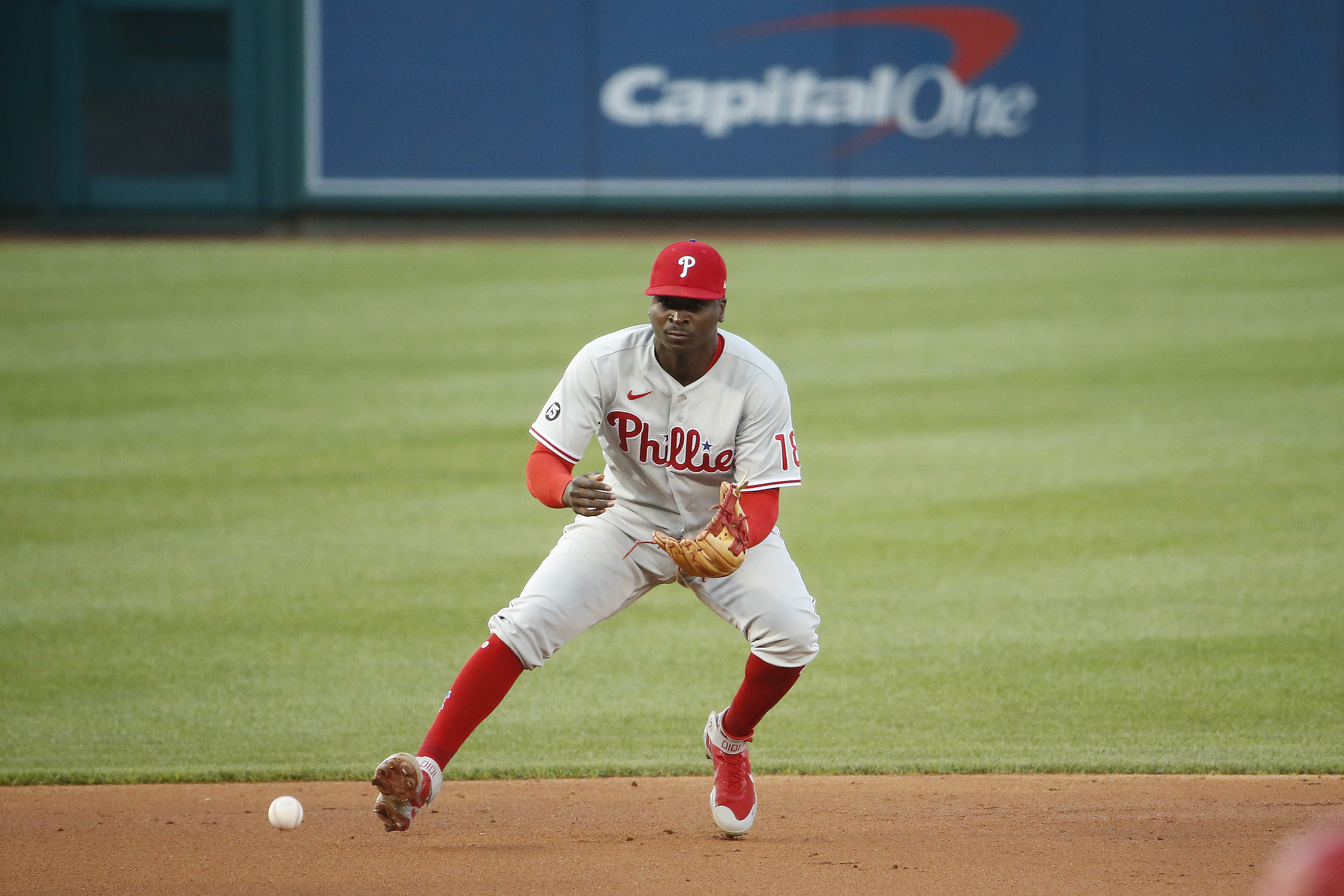 Aaron Nola and the Philadelphia Phillies (54-53, 2nd in NL East) travel to Nationals Park on Thursday where they'll take on the Washington Nationals (49-58, 4th in NL East). The Phillies open this game at -132 while the Nationals are priced at +105. The O/U is set at 8.5. The pitchers who are expected to start are Aaron Nola and Joe Ross.

The Phillies have compiled 174 doubles as a team and have knocked 125 baseballs out of the park. Philadelphia has a slugging % of .405 and have been called out on strikes 963 times, while drawing a walk on 381 occasions. As a team, the Philadelphia Phillies are knocking in 4.6 runs per contest, which has them sitting at 13th in the league. They have 467 RBI's and 858 hits this year, and their team batting average comes in at .243. They have earned a total of 490 runs scored while having a team OBP of .321.

The Phillies hold a team ERA of 4.49 on the campaign (19th in the league), and they have struck out 964 hitters. Their pitching staff has walked 333 batters and their FIP is 4.24 as a unit for the year. Their strikeout to walk ratio sits at 2.89 and their pitching staff holds a collective WHIP of 1.32. Phillies pitchers have relinquished 138 long balls in addition to 507 runs in total (19th in the league).

The Phillies have sent 337 relievers to the mound so far this year. The bullpen pitchers have inherited 134 runners for the year and 44.8% of them crossed home plate. They have recorded 24 saves this year and have blown 25 of 49 chances to save the game. The Phillies relief pitchers have compiled a save rate of 49.0% and has stepped onto the mound in 95 save situations. The bullpen have tallied 42 holds on the campaign (28th in MLB). Phillies relief pitchers have gone to the mound with runners on 92 times in addition to having 113 appearances in high leverage situations.

The Phillies have turned 68.2% of baseballs in play into outs out of 8,391 innings, which has them sitting 25th in pro baseball. The Philadelphia Phillies have amassed 2,797 putouts so far this season, as well as 959 assists and 63 errors. Their fielding rate is holding steady at .984 which ranks 20th in baseball, and have a total of 693 double plays.

Sitting with 105 save situations, the Nationals have recorded 59 holds and also 19 blown saves. Washington has called on bullpen pitchers to take the mound in 44 save chances and they have walked away with 25 saves. Their bullpen pitchers have stepped onto the mound 107 times in high leverage situations in addition to 92 occasions with runners on. Washington relievers have an inherited score rate of 39.7% out of their 136 inherited runners. They rank 23rd in MLB with a save percentage of 56.8%, and they have dispatched 360 bullpen pitchers onto the field so far this year.

Out of their 8,262 innings on the field, the Nationals have a defensive efficiency of 70.4% (8th in pro baseball). The Washington Nationals have turned 77 double plays and own a fielding percentage of .983 (23rd in the majors). The Nationals have accrued 900 assists, 63 errors and have notched a total of 2,754 putouts so far this year.