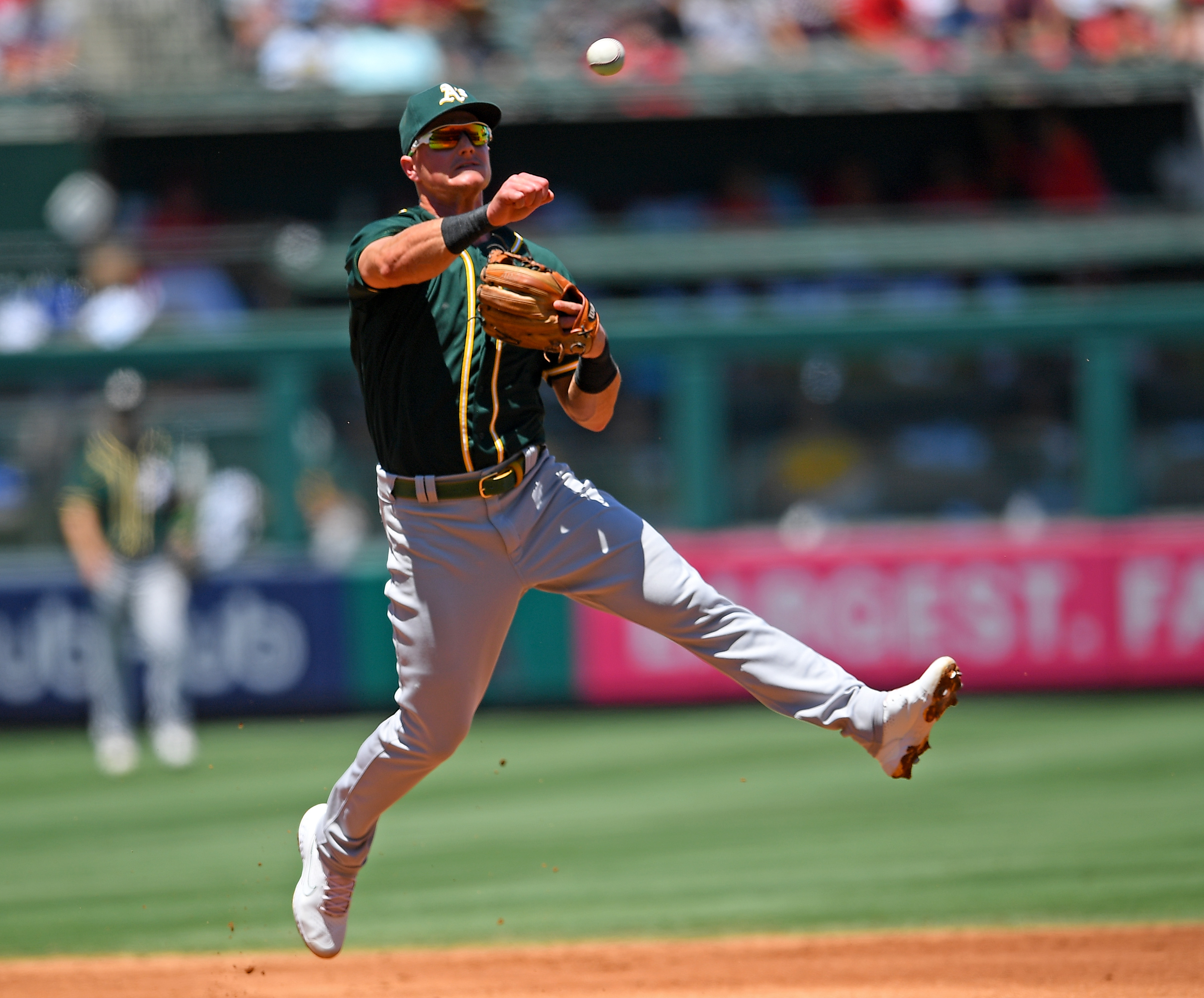 Joe Musgrove and the San Diego Padres (61-47, 3rd in NL West) are headed to RingCentral Coliseum on Wednesday where they'll meet the Oakland Athletics (60-47, 2nd in AL West). The Athletics open this game at -105 while the Padres are coming in at -116. The O/U opens at 8. The expected starting pitchers will be Joe Musgrove and Frankie Montas.

San Diego has a slugging % of .411 and have been called out on strikes 901 times, while drawing a walk on 413 occasions. They have compiled 490 runs batted in as well as 874 hits so far this season, while their team batting average comes in at .245. The Padres have earned 169 two-baggers as a unit and have hit 131 balls out of the park. They have racked up 515 runs scored while holding a team OBP of .328. As a unit, the San Diego Padres are notching 4.8 runs per contest, which puts them at 9th in the league.

Padres pitchers have given up 124 home runs and 422 runs in total (10th in the league). Their pitching staff has walked 337 opposing batters and their FIP comes in at 3.95 as a unit over the course of the season. They have earned a K/BB ratio of 3.04 and their pitching staff holds a collective WHIP of 1.22. The Padres have an ERA of 3.55 over the course of the season (6th in MLB), and their staff has struck out 1,024 hitters.

The Padres bullpen have a save percentage of 66.7% and has stepped onto the mound in 123 save situations. The relievers have inherited 89 base runners over the course of the season and 23.6% of them ended up scoring. Padres pitchers have stepped onto the hill with runners on 63 times and also have had 100 appearances in high leverage situations. The Padres have sent 400 relief pitchers to the mound for the season. The relievers have notched 67 holds this season (3rd in the league). They have earned 36 saves over the course of the season and have blown 18 of their 54 save opportunities.

The Padres have turned 69.8% of balls hit into play into outs in their 8,601 innings on the diamond, ranking them 14th in the majors. The San Diego Padres have a total of 2,867 putouts thus far, in addition to 954 assists and 66 errors. Their fielding percentage is at .983 which has them sitting 22nd in MLB, and they have twisted 744 double plays.

The Athletics have a SLG% of .402 and they are recording 4.38 runs per contest (16th in baseball). They have 176 two-baggers, while walking 358 times as well as putting up 469 runs. Oakland has 131 home runs on the year to go along with 437 RBIs. They have been called out on strikes on 926 instances (15th in the league) and are sitting with 825 base hits. The Oakland Athletics have accounted for an on-base percentage of .312 in addition to a team batting average of .233 this season.

Oakland has had relievers enter the contest in 41 save chances and they have recorded 26 saves. They sit at 11th in baseball with a save rate of 63.4%, and they have sent 316 bullpen pitchers to the hill this season. Their relievers have stepped onto the mound 89 times in high leverage situations in addition to 81 occasions with runners on base. Oakland bullpen pitchers hold an inherited score percentage of 34.2% out of 117 inherited base runners. With 87 save situations, the Athletics have 46 holds and also 15 blown saves.

The Oakland Athletics have turned 77 double plays and hold a fielding percentage of .988 (2nd in pro baseball). The Athletics have recorded 850 assists, 45 errors and have earned a total of 2,843 putouts for the year. Out of their 8,529 innings played, the Athletics are sitting with a defensive efficiency of 70.4% (8th in MLB).

DAILY FREE VIDEO PICKS END_OF_DOCUMENT_TOKEN_TO_BE_REPLACED
How to Tease the NFL