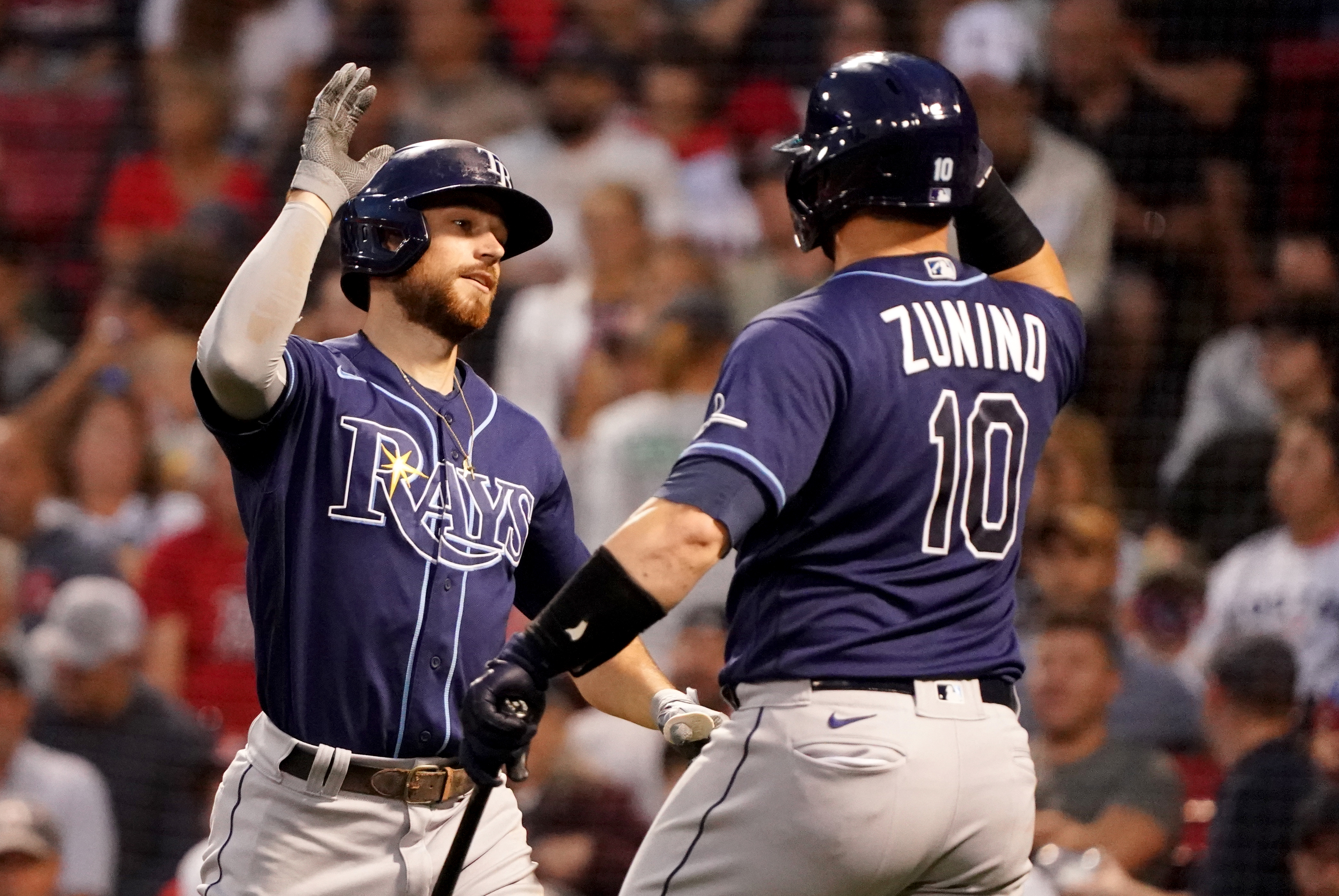 Michael Pineda and the Minnesota Twins (50-65, 4th in AL Central) play the Tampa Bay Rays (69-45, 1st in AL East) at Target Field on Friday. The Twins open this matchup at +110 while the Rays are priced at -141. The total is set at 9. The pitchers who are expected to start are Shane McClanahan and Michael Pineda.

As a squad, the Tampa Bay Rays are compiling 5.1 runs per game, which has them at 4th in baseball. They have accumulated 586 runs scored while holding a team on-base percentage of .317. The Rays have accumulated 198 doubles as a team and have smacked 151 baseballs out of the stadium. They have tallied 555 runs batted in and 913 hits for the year, while their team batting average is at .236. Tampa Bay is slugging .413 and have been called out on strikes 1,142 times, while taking a walk on 427 occasions.

The Rays have a team ERA of 3.74 for the season (10th in baseball), and their staff has rung up 1,073 batters. Their pitching staff has walked 320 opposing batters and their FIP comes in at 3.76 as a team this season. Their strikeout to walk ratio is 3.35 and the pitching staff has earned a collective WHIP of 1.18. Rays pitchers have given up 128 long balls and 473 total runs (12th in the league).

The Rays have dispatched 364 relievers to the hill so far this season. The bullpen pitchers have inherited 114 runners over the course of the season and 29.8% of them crossed home plate. They have earned 29 saves this season and have blown 13 of their 42 save chances. The Rays relief pitchers have a save percentage of 69.0% and has come into the game in 109 save situations. The relievers have racked up 65 holds for the season (6th in the league). Rays relief pitchers have entered the game with runners on 93 times in addition to having 135 appearances in high leverage situations.

The Tampa Bay Rays have accounted for 3,078 putouts this year, in addition to 972 assists and 59 errors. Their fielding percentage is holding at .986 which ranks 8th in MLB, and they have twisted 736 double plays. The Rays have transformed 70.1% of balls hit into play into outs out of their 9,234 innings on the field, ranking them 9th in pro baseball.

The Minnesota Twins have compiled an on-base percentage of .316 in addition to a team batting average of .242 on the season. They have been rung up on 990 instances (17th in baseball) and have totaled 935 hits. Minnesota has 163 HRs this season as well as 490 runs batted in. The Twins hold a slugging percentage of .425 and they score 4.57 runs per contest (13th in the league). They have 190 two-baggers, while walking 383 times and notching 525 runs.

With 105 save situations, the Twins have recorded 60 holds and 16 blown saves. Minnesota has called on relievers to enter the contest in 45 save opportunities and they have come away with 29 saves. Their relief pitchers have come in 124 times in high leverage situations in addition to 93 occasions with base runners. Minnesota relief pitchers hold an inherited score percentage of 48.8% out of their 121 inherited base runners. They are ranked 10th in MLB with a save percentage of 64.4%, and they have sent 367 relief pitchers onto the field this season.

So far in his MLB career, Pineda has surrendered 900 base knocks while he has accumulated 922 strikeouts in 935 innings pitched. Pineda (57-53 career mark) has earned a 4.00 earned run average while conceding 8.7 hits per 9 innings. He has allowed 416 earned runs while holding a WHIP of 1.186 and being the owner of a FIP of 3.7. His strikeout to walk ratio is 4.41 and he has gone up against 3,872 opposing hitters during his career.