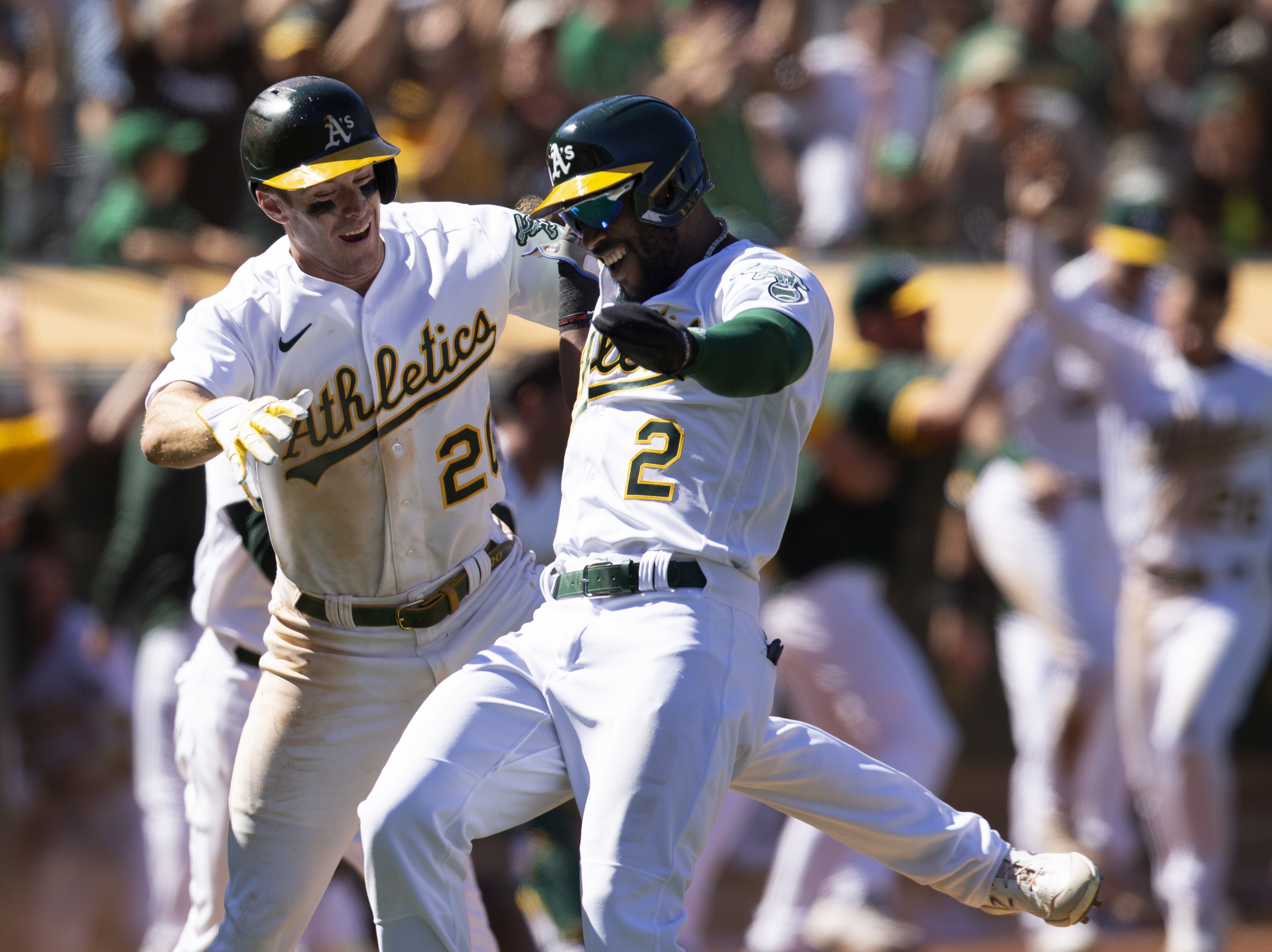 RingCentral Coliseum is the site where Cole Irvin and the Oakland Athletics (61-48, 2nd in AL West) will take on the Texas Rangers (39-70, 5th in AL West) on Saturday. The Athletics open this contest at -250 while the Rangers are priced at +185. The O/U opens at 8.5. The pitchers who are expected to start will be Hyeon-Jong Yang and Cole Irvin.

The Rangers have accumulated 136 two-baggers as a squad and have smacked 119 baseballs out of the park. Texas owns a slugging percentage of .370 and have been rung up 963 times, while taking a walk on 313 occasions. As a team, the Texas Rangers are scoring 3.8 runs per game, which ranks them 29th in the league. They have 394 runs batted in and 804 hits on the campaign, and their average at the plate is sitting at .224. They have earned a total of 413 runs while holding a team on-base percentage of .293.

The Texas Rangers have a total of 2,871 putouts this season, in addition to 996 assists and 62 errors. Their fielding rate is currently at .984 which ranks 17th in the majors, and have accumulated 799 double plays. The Rangers have turned 69.2% of baseballs in play into outs out of their 8,613 innings on the field, which has them sitting at 20th in the majors.

The Oakland Athletics are sitting with a team on-base percentage of .312 in addition to a team batting average of .233 on the campaign. They have been rung up on 944 occasions (17th in the league) and are sitting with 839 base knocks. Oakland has recorded 133 long balls on the season and 443 runs batted in. The Athletics have a team slugging percentage of .401 and they have an average of 4.36 runs per contest (18th in MLB). They have put up 181 doubles, while taking a walk 366 times and putting up 475 runs.

The Athletics hold a team WHIP of 1.216 in addition to having a FIP of 3.82 as a squad on the campaign. Their K/BB ratio is 3.19 (919 strikeouts against 288 walks). They are currently ranked 16th in baseball as a pitching staff in total hits conceded with 887. They have allowed 115 homers and they relinquish 4.00 runs per 9 innings (6th in MLB). The Oakland pitching staff have conceded 429 runs over the course of the season while holding a team ERA of 3.69 (396 earned runs surrendered).

Oakland has had bullpen pitchers enter the game in 41 save opportunities and they have converted 26 saves. They are ranked 12th in MLB holding a save percentage of 63.4%, and they have dispatched 323 relievers onto the field on the year. Their bullpen pitchers have taken the field 90 times in high leverage situations and also on 83 occasions with base runners. Oakland relievers have an inherited score percentage of 34.7% out of their 118 inherited runners. With 87 save situations, the Athletics have 46 holds and also 15 blown saves.