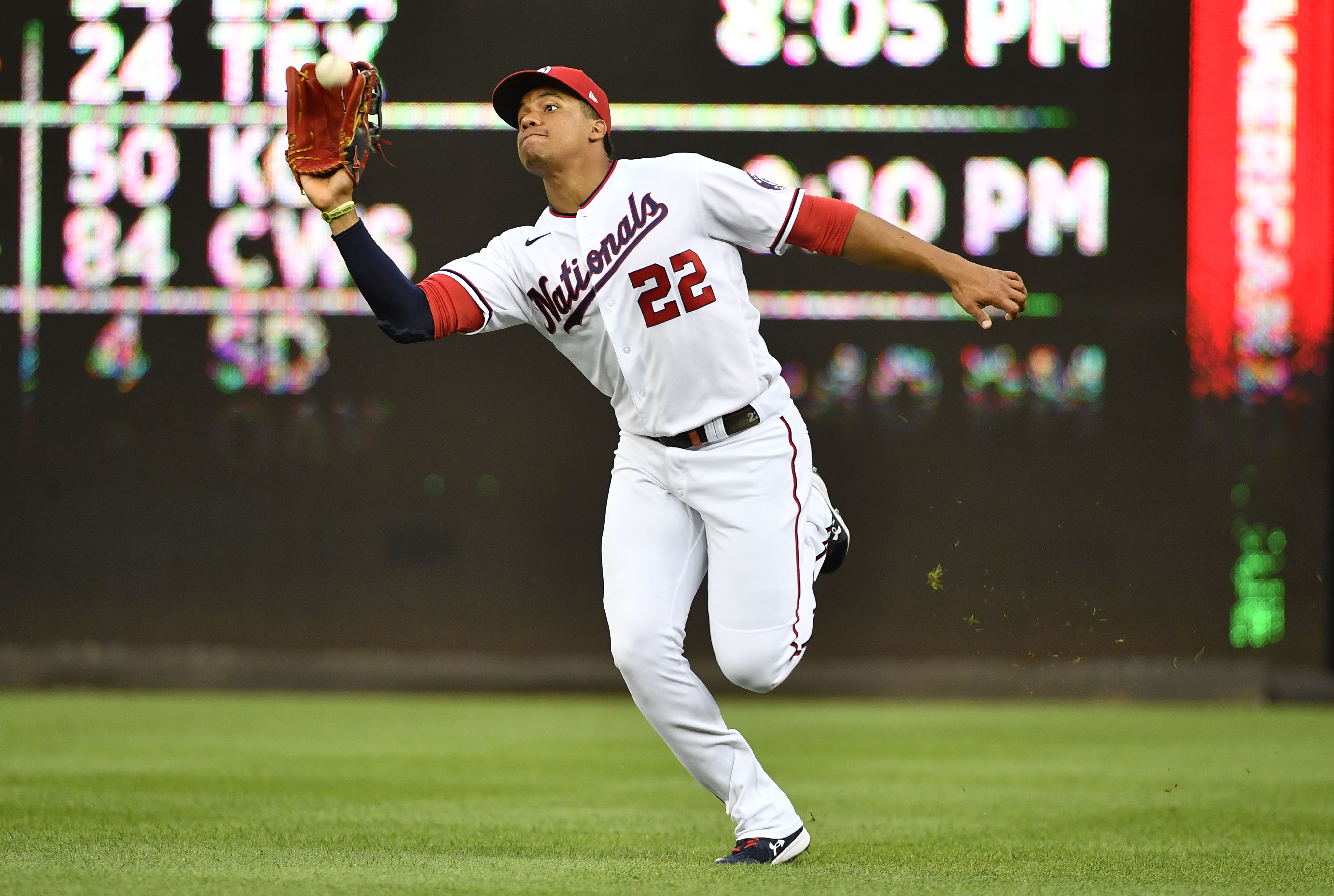 Erick Fedde and the Washington Nationals (49-59, 4th in NL East) go to Truist Park on Friday where they'll meet the Atlanta Braves (54-54, 3rd in NL East). The Braves open this contest at -217 while the Nationals are coming in at +165. The over/under has been set at 10. The men taking the mound are Erick Fedde and Kyle Muller.

Washington is slugging .418 and have struck out 867 times, while taking a walk on 334 occasions. They have earned 448 RBI's as well as 906 hits for the year, while their batting average is sitting at .258. The Nationals have compiled 166 doubles as a team and have knocked 124 balls out of the park. They have accounted for 469 runs while holding a team OBP of .331. As a squad, the Washington Nationals are earning 4.4 runs per game, which puts them at 17th in the league.

The Nationals have an ERA of 4.42 for the year (17th in baseball), and they have struck out 892 hitters. Their pitching staff has walked 339 hitters and their FIP is 4.59 as a unit so far this season. They have a strikeout to walk ratio of 2.63 and the pitching staff has earned a collective WHIP of 1.29. Nationals pitchers have surrendered 150 home runs and 499 runs (18th in the league).

The Washington Nationals have a total of 2,754 putouts on the year, in addition to 900 assists and 63 errors. Their fielding percentage is holding steady at .983 which puts them in 23rd in professional baseball, and have accumulated 766 double plays. The Nationals have converted 70.4% of balls hit into play into outs out of their 8,262 innings, which has them ranked 8th in pro baseball.

The Atlanta Braves have an on-base percentage of .321 in addition to a team batting average of .243 for the year. They have struck out on 981 instances (8th in baseball) and are sitting with 856 hits. Atlanta has tallied 150 home runs on the year to go along with 489 runs batted in. The Braves have a team slugging percentage of .428 and they have an average of 4.76 runs per game (10th in MLB). They have recorded 180 two-baggers, while getting a free base 375 times and earning 509 runs.

Atlanta has called on relievers to enter the game in 37 save opportunities and they have tallied 22 saves. They are currently ranked 18th in the league with a save percentage of 59.5%, and they have dispatched 379 bullpen pitchers to the mound this season. Their relief pitchers have stepped onto the mound 142 times in high leverage situations and on 88 occasions with runners on base. Atlanta bullpen pitchers have an inherited score percentage of 36.6% out of their 134 inherited base runners. With 104 save situations, the Braves have accrued 66 holds and also 15 blown saves.