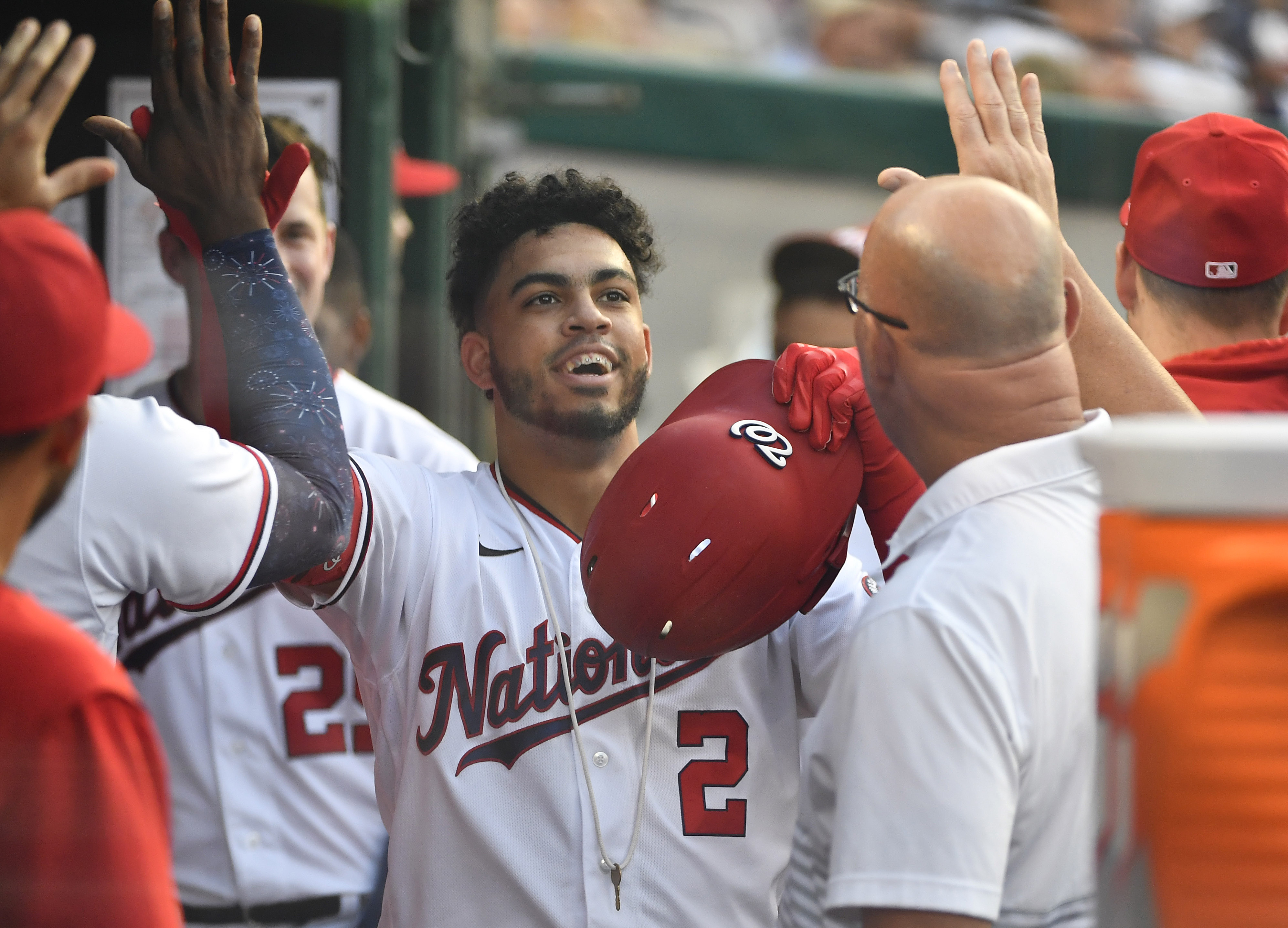 Max Fried and the Atlanta Braves (56-54, 3rd in NL East) play the Washington Nationals (49-61, 4th in NL East) at Truist Park on Sunday. The odds on this contest have the Nationals coming in at +170 and the Braves are at -227. The O/U opens at 9. The pitchers who are expected to start are Patrick Corbin and Max Fried.

Washington has a slugging % of .418 and have been called out on strikes 890 times, while taking a walk on 343 occasions. They have compiled 461 RBI's and 928 hits on the season, and their average at the plate sits at .257. The Nationals have earned 170 two-baggers as a team and have hit 129 balls out of the park. They have racked up 484 runs scored while having a team on-base percentage of .330. As a squad, the Washington Nationals are putting up 4.4 runs per outing, which ranks them 16th in the league.

Nationals pitchers have yielded 153 long balls and 523 runs in total (20th in baseball). They have walked 350 opposing players and their FIP is 4.59 as a unit for the year. They have a strikeout to walk ratio of 2.60 and the pitching staff has earned a collective WHIP of 1.30. The Nationals have an ERA of 4.47 on the campaign (18th in MLB), and their staff has struck out 911 batters.

The Nationals have sent 370 relief pitchers to the mound over the course of the season. The relievers have inherited 139 base runners on the season and 38.8% of those players ended up crossing the plate. They have recorded 25 saves on the season and have blown 20 of 45 chances to get a save. The Nationals relief pitchers have accumulated a save rate of 55.6% and has stepped onto the mound in 108 save situations. The bullpen have 61 holds for the year (9th in baseball). Nationals bullpen pitchers have gone to the mound with players on base 94 times as well as having 108 appearances in high leverage situations.

The Nationals have turned 70.2% of baseballs in play into outs out of their 8,496 innings, which ranks them 8th in the majors. The Washington Nationals are sitting with 2,832 putouts this year, as well as 929 assists and 68 errors. Their fielding percentage is currently at .982 which is 25th in pro baseball, and they have turned 790 double plays.

The Atlanta Braves have a team OBP of .323 in addition to a team batting average of .244 for the season. They have been rung up on 996 occasions (9th in the league) and have recorded 884 base knocks. Atlanta has knocked in 154 home runs this season and 512 RBIs. The Braves hold a slugging percentage of .429 and they are scoring 4.84 runs per contest (9th in MLB). They have 186 two-baggers, while taking a walk 391 times and notching 532 runs.

Atlanta has had relief pitchers step onto the hill in 39 save chances and they have recorded 23 saves. They are currently ranked 19th in MLB holding a save rate of 59.0%, and they have dispatched 393 bullpen pitchers onto the field so far this season. Their relief pitchers have stepped onto the mound 146 times in high leverage situations and on 89 occasions with runners on. Atlanta relief pitchers hold an inherited score percentage of 37.0% out of their 135 inherited runners. With 111 save situations, the Braves have accrued 71 holds and 16 blown saves.

The Atlanta Braves have turned 69 double plays and have accounted for a fielding rate of .987 (4th in MLB). The Braves have racked up 978 assists, 50 errors and have accumulated 2,862 putouts for the season. In their 8,586 innings on the diamond, the Braves have earned a defensive efficiency of 69.7% (18th in the majors).