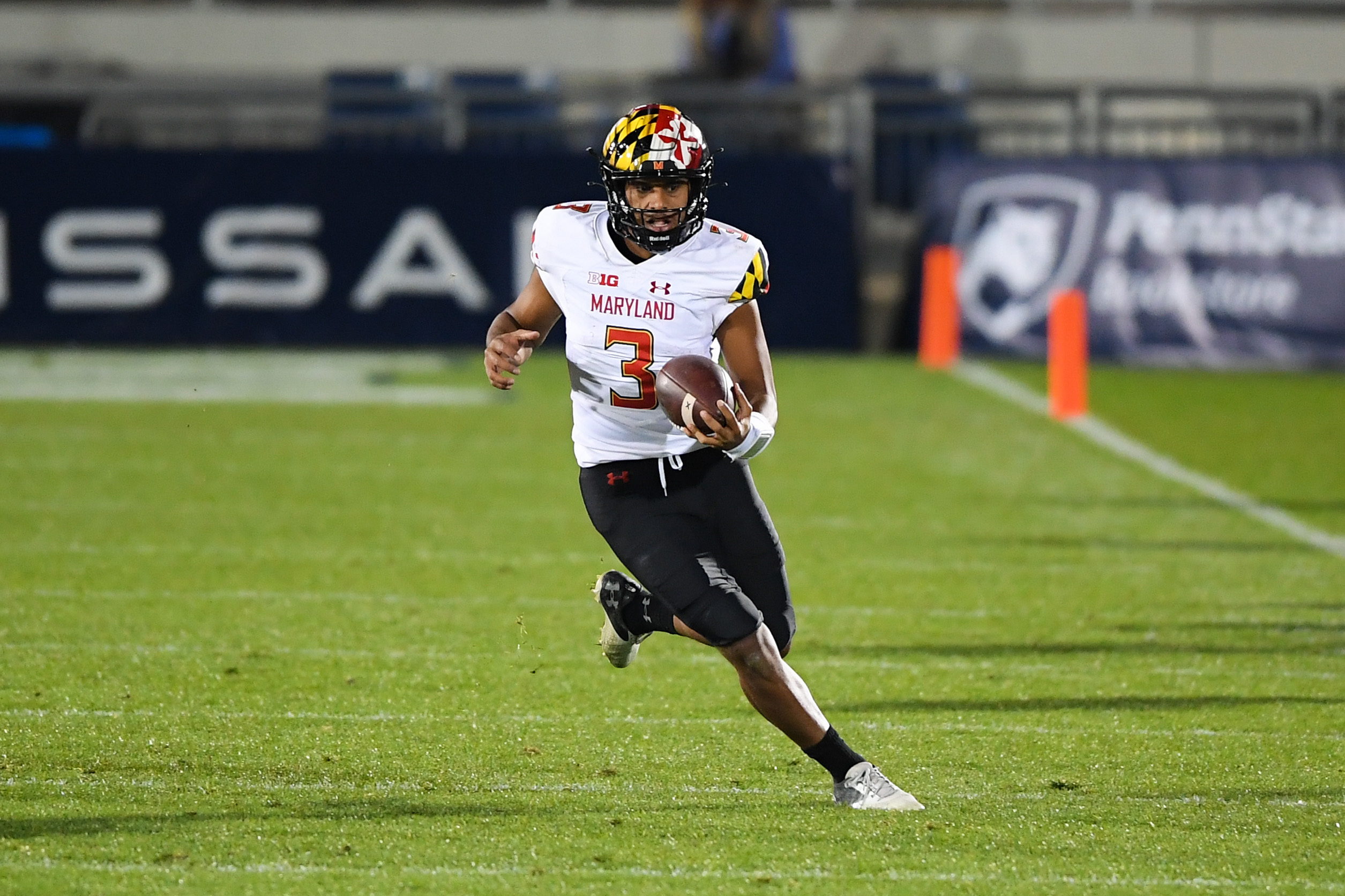 Taulia Tagovailoa will look to lead his Maryland Terrapins team to a potential winning season. The odds are against them, but with the leadership of Mike Locksley, a good run is possible.

Concerning putting the ball in the endzone, the Maryland Terrapins averaged 23.6 PPG. As a unit they averaged 144.4 yards rushing, ranking this team 82nd in Division 1. The Terrapins racked up 2,042 total yards last season. Maryland compiled 9 passing touchdowns and 5 rushing touchdowns.

The Terrapins sat in 93rd in Division 1 when it comes to the opposition scoring, giving up 32.0 points per game. The opposition ran for 4.8 yards per running attempt and 229.2 rushing yards per game throughout last season. For the season, they conceded 1,146 yards via the ground game in 5 games. In terms of passing yardage, the Terrapins gave up 1,000 yards which ranked them 21st in D-1. They allowed 6 passing touchdowns in addition to 14 touchdowns on the ground. They surrendered 429.2 yards per game ranking them 96th in college football.

For his career, Tagovailoa has passed for 1,111 yards with 8 TD's and 7 picks. Since his college career started, he has left the pocket to run 27 different times for a total of 42 rushing yds. His quarterback rating is 141.6 with a touchdown percentage of 6.0% and an interception percentage of 5.2%. He is throwing for 158.7 yds per contest. Taulia Tagovailoa has completed 84 of his attempted career 134 passes for a completion percentage of 62.7%.

Check out our best bets for College Football Win Totals

The over/under win total for the Maryland Terrapins sits at 6 for the 2021 season and we’re recommending the play on the under. Out of the six sets of power ratings that I use to come up with the teams projected wins total, all six of them have the Terps staying under six wins. It’s a bet I made over a month ago, but we’re just getting to this now. You can still find that bet out there right now, so jump on it as soon as you can.

Maryland does return a lot of production from last season, and I still like them to stay under. Taulia Tagovailoa is back at quarterback as you know and has a decent core of wide receivers to throw to. Having said that, he threw as many interceptions as he did touchdowns last season with seven of each in only five games of action. I’m not a big fan of the Terps head coach Mike Locksley because I don’t see a lot of improvement out of Tagovailoa or the players around him. If there was improvement, it’s not enough to make up for what the defense did last year, and that was allowing 32 points per game during the course of the season.

I have Maryland favored in just three games (maybe four if we include Rutgers) all season and their over/under is set at six. I’ve got them an underdog of at least three points in over eight games this season. I feel like that projected win total is too high and I’m taking the under on the Maryland Terrapins.