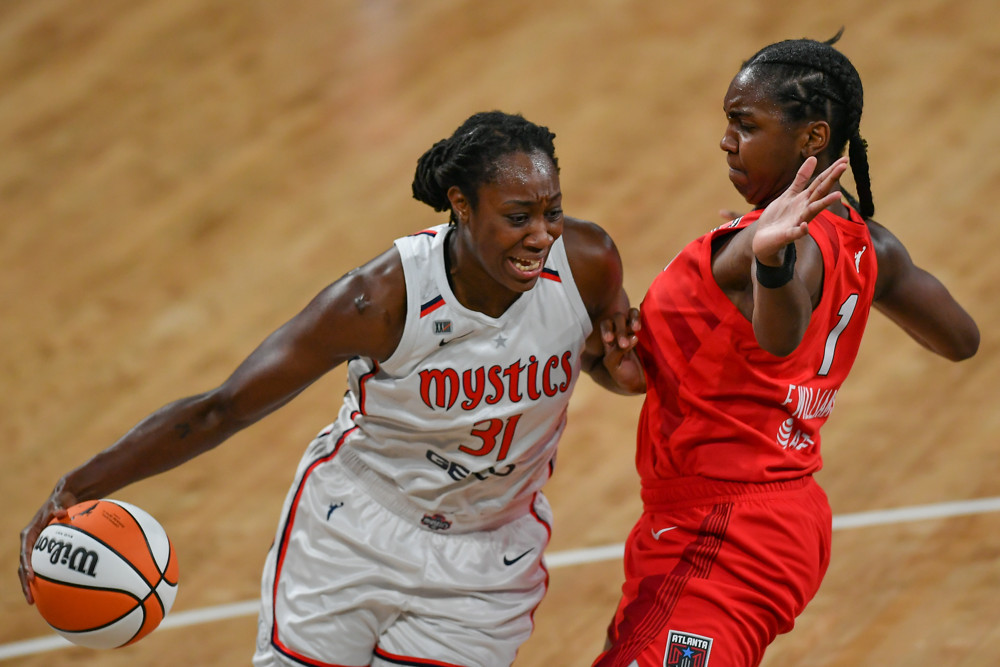 The Washington Mystics stepped onto the hardwood against the Chicago Sky and went home with a win by a final score of 89-85 in their last game. Washington finished the contest with a 44.3% FG percentage (35 out of 79) and made 8 of their 24 shots from beyond the perimeter. At the free throw line, the Mystics converted 11 of their 15 attempts for a rate of 73.3%. In terms of rebounding, they collected a total of 44 with 10 of them being offensive. They also distributed 24 assists in this contest as well as forcing 12 turnovers and having 7 steals. In regard to the defense, Washington let their opponent shoot 43.6% from the field on 34 out of 78 shooting. Chicago totaled 8 assists and had 8 steals in the game. Additionally, Chicago collected 35 rebounds (8 offensive, 27 defensive) and got 7 rejections. Chicago shot 84.6% at the charity stripe by knocking down 11 of 13 attempts. They made 6 out of their 27 shots from distance.

Tina Charles is someone who was a major contributor in the game. She had 34 points on 13 out of 27 shooting. She played for 42:34 mins and also collected 17 boards. Charles walked away from this one shooting 48.1% from the floor and also totaled 2 assists. An additional player that was a determining factor in the matchup for the Mystics was Shatori Walker-Kimbrough. She grabbed 2 rebounds in her 37:24 min on the hardwood. She finished 50.0% from the floor in this contest by connecting on 5-of-10 (12 points). Overall, Walker-Kimbrough had 1 assist.

Washington heads into this contest with a win-loss mark of 8-10 this year. They are giving up possession 12.0 times per game and as a unit are committing 17.4 fouls per game. As a team, Washington is pulling in 34.6 rebounds per contest and has totaled 352 dimes on the season, which is 9th in the league in terms of passing. The Mystics are shooting 33.5% on shots from distance (175 of 522) and 82.5% from the free throw line. They are averaging 81.9 points per game (7th in the WNBA) while going 40.8% from the floor. When they are on the defensive end, the Mystics are forcing their opponents into 13.4 turnovers per game and they draw 18.0 personal fouls. The Mystics defensively are giving up an opponent shooting percentage of 44.9% (242 of 324) and they concede 36.5 rebounds per contest as a basketball team. They are ranked 6th in the WNBA in giving up assists to their opponents with 356 relinquished for the season. They concede 39.4% on 3-point attempts and they are ranked 9th in the WNBA in PPG allowed (83.9).

When they last played, the Las Vegas Aces walked away with a victory by a final of 95-79 when they faced the Dallas Wings. The Aces were able to collect 34 defensive rebounds and 9 offensive boards for a total of 43 for the contest. They also turned the ball over 10 times, while earning 2 steals for this contest. The Wings committed 20 fouls in the game which got the Aces to the free throw line for a total of 30 tries. They were able to knock down 24 of them for a clip of 80.0%. In terms of shots from beyond the perimeter, Las Vegas knocked down 3 of 8 tries (37.5%). In all, the Aces walked away from this one shooting 34 for 67 from the field which had them sitting at 50.7%. The Aces permitted the Wings to bury 28 out of 83 attempts from the field which left them shooting 33.7% for this game. They shot 29.2% from three-point range by hitting 7 out of 24 and finished the contest at 16 of 19 from the free throw line (84.2%). Concerning cleaning up the glass, Las Vegas allowed Dallas to pull down 40 overall (15 offensive).

A'ja Wilson pitched in for the Aces for the matchup. She converted 7 out of 14 for the contest for a field goal percentage of 50.0%, and had 13 rebounds. Wilson accumulated 22 points in her 34:14 minutes on the hardwood and added 8 dimes in the matchup. An additional player who came through for Las Vegas was Riquna Williams. She finished with 2 dimes in her 26:24 minutes on the court, and she converted 3 out of 7 from the floor. Williams finished going 42.9% from the floor while collecting 9 points but didn't grab a rebound.