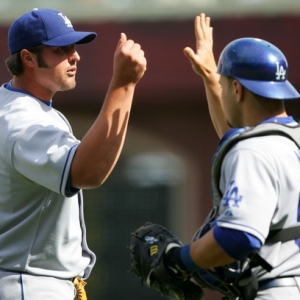 Most bettors make a big error when they are handicapping baseball - they forget about the bullpens. Handicapping the starting pitchers is obviously important, but it's not enough. In this era it is far from unusual to see pitchers last just five or six innings before passing over the ball. That means that one-third or more of most games - and a crucial third at that - are in the hands of the bullpen.

It's hard to handicap the bullpens accurately because there are so many unknowns - how long they will be involved, who will get the call, how fresh the relievers are, and so on. That limits things somewhat, but you can still move your handicapping forward by looking at the general performances of the bullpens. In other words, you can't handicap bullpens perfectly, but doing what you can is better than doing nothing at all.

To help with your thinking about bullpens and their relationship to betting success, here's a look at a few trends and observations from what we've seen so far this year:

2. The Mets are a good example of the impact of the bullpen. Last year they had just the 23rd best bullpen in the league, and that caused them real problems - especially down the stretch. This year they made a few well-publicized and expensive improvements, and it has made a big difference - they have climbed all the way up to number two in the rankings. More impressively, they have slashed their collective bullpen ERA all the way from 4.27 to 2.88. It's not hard to do better when your bullpen is allowing almost 1.5 fewer runs per nine innings - that's about half a run per game. The difference is showing at the betting windows - last year the team was unprofitable last year - more than five units on the season. This year they still aren't great, but at least they are making money - just over a unit so far this year. The bullpen changes are the biggest reason for that - the starting rotation is offering close to the same overall performance as last year.

3. Pitching pays. When you put it all together, magic happens. The Dodgers this year have the best stats for a starting rotation in the league, and are right near the top with their bullpen. Those two factors mean that they are, by a wide margin, the most profitable team in the league this year. Cincinnati is another team carried by their pitching - they are top four in both starting and bullpen, and that has them in the top five for profitability. Tampa Bay used the same formula very effectively last year. It all boils down to this - if you see a team with a rotation and a bullpen that are both clicking then you should make sure you have a good reason to bet against them.

4. It's not a foolproof relationship. Handicapping can lead you to make costly mistakes. One such situation is when you see a strong correlation between a stat and betting performance and assume it is infallible. It never is - it's just a guide for a direction to look in. Texas is a fine example of that this year. Their bullpen has been lousy this year - they have the third worst ERA, and their opponent's batting average is much higher than it should be against them. That should lead to betting woes, but it really hasn't - the Rangers are the second most profitable team in the league. When anomalies that like happen you need to look deeper to try to ex plan them. There are a couple of explanations for the Rangers. First, the bullpen outperforms their statistics - they have the third most saves in the league, no team has blown fewer saves, and only three teams have fewer bullpen losses. Part of the reason why the bullpen can be more effective than it should be is the offense. The Rangers can score a lot of runs, and they don't seem to be as prone to slumps as other teams are.