MLB Handicapping: Time To Jump Back On Cleveland Bandwagon
by Robert Ferringo - 06/02/2009 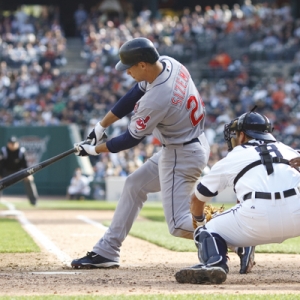 The Cleveland Indians started this Major League Baseball season as everyone's sleeper in the American League Central. Hey, even I was drinking the Kool Aid and I dabbled with a small futures bet on the Tribe at 'over' 82.5 wins. Yet, here we are into baseball's third month and this team is squarely in the basement of their own division.

However, don't sleep on a Tribal uprising that would make Chief Joseph proud. So far the Indians have fallen victim to the unbalanced schedule like the natives fell to smallpox-infested blankets and other horrific European disease. Cleveland has played one of the most daunting slates in the game and as a result I think that they could be a decent "buy low" team moving forward.

I wrote a story at the end of last week talking about how teams have been performing in interdivisional games and how that has helped establish a hierarchy for which are the strongest divisions in the game. Well, while watching our top play last night, the Yankees at Cleveland, the announcers were talking about a scheduling quirk that the Indians have had to endure so far this year: the Indians are almost done playing the American League East this year and nearly a majority of their games have come against the top teams in the Majors.

Monday's game against New York capped a four-game set with the Yankees and was the last time that these two teams are going to match up this year. Cleveland is also done with Tampa Bay and they don't play Boston again until the final weekend of the regular season. The Indians have also exhausted two of their three series (five of eight games) against Toronto and will finish up that series in late July.

Baltimore is the only A.L. East team that the Indians have yet to play. In fact, Cleveland has played Tampa Bay the second most out of any team this year. They have faced the Rays eight times and that is surpassed only by the nine games that they've played against Kansas City.

Because of the unbalanced schedule, the Indians play two series with each of the East teams and a third against the Red Sox and Blue Jays; Nothing unusual there. But what is a bit odd is the fact that Cleveland has played exactly the same amount of games against the A.L. East (25) as they have against their own division, the A.L. Central (25). That means that through one-third of the season they have been banging heads with, arguably, four of the Top 10 teams in baseball instead of tussling with the teams that they are actually competing for a division title with.

That is odd. What is even stranger is that through 53 games Cleveland has played the same amount against the A.L. West (three) as they have against the National League (three). A three-game series against Texas to open the year is the only time that the Indians have played anyone from out West, which is the worst division in the sport.

By comparison, the A.L. Central-leading Detroit Tigers have played 15 games against the weaker sisters out West. Detroit is 12-3 in those games.

So what does this all mean? Well, it tells me that Cleveland is a dangerous club and that their last-place position does not belie the talent that this team possesses. Possibly. They have been playing the best teams in baseball through the first two months of the season. And considering that their best player, Grady Sizemore, has been hurt and ineffective and they have had a slew of other personnel issues involving their pitching staff and Travis Hafner (who, I think it's safe to say, is worthless at this point in his career), I think that the fact that the Tribe is only eight games back is a decent accomplishment.

Being successful in gambling is all about staying one step ahead of the oddsmakers. And while the general public and the books look at Cleveland and see an underachieving, going nowhere, last-place club, I see an opportunity. Their slow start will have driven up their underdog payouts, especially against teams above them in the standings. But in one of the most parity-driven divisions, where, really, a razor's edge separates the teams at the top from the teams in the basement, something like schedule strength doesn't show up in the boxscore yet has a tremendous impact.

Cleveland went 36-36 last season against their division rivals and they are 84-60 over the past two years against Central foes. And, alas, their next three series are at Minnesota, at Chicago and at home against Kansas City. Heading to the Metrodome and U.S. Cellular to face two of the most dominating home teams in the league is a daunting task. And don't be dissuaded if Cleveland continues to stumble a bit. Because while we don't yet know if this Indians team is as good as the preseason hype, I think that I do know that it isn't as bad as its record suggests.