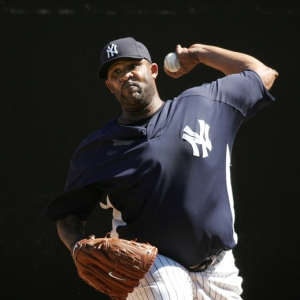 MLB teams have now reached the mid-point of their seasons. Once a team has played it's 81st game, it is time to start counting backwards. The MLB season has been 162 games since the early 60s. Prior to that, there was a 154-game slate with plenty of doubleheaders. Then greed set in. There was the addition and eventual expansion of the League Championship Series, and then the addition of the Division Series. Now we have a baseball season that is bookended by snowfall.

In my preseason article on this site my predictions for the teams that would meet for the League Championship were the New York Mets (5/2) and the San Francisco Giants (12/1) in the National League. Over in the American, my prediction included the New York Yankees (3/2) meeting up with the Los Angeles Angels (6/1). The Mets, of course, are in the toilet. The Giants, meanwhile, have been getting consistent pitching and hitting after a so-so start. The favorite Yanks have been on a recent roll. The Angels are a balanced team that has been playing solid baseball. They most likely won't win 100 games like they did last season, but they will win more than enough. They seem to have overcome the grief of losing their young pitcher in an auto crash.

Now at the halfway point, I would like to break down the challengers and make my predictions known. That brings to mind a quote from the late broadcaster, Harry Caray: "What does a mama bear on the pill have in common with the World Series? No Cubs!" In the NL Central, I feel that the Cubs, Brewers, Cardinals, Reds or Astros could win. Who will step up? My pick is St. Louis. They have a decent staff anchored by Chris Carpenter, and I feel that their big bats will be along in time. With Tony LaRussa at the helm they have an added edge. In the West, the Dodgers had that great start. Whether having Manny Ramirez back is a plus or minus is still up in the air. The Giants pitchers and batters have both heated up. I feel that the wild card will come out of this division. I'll stick with my early pick, the Giants, to win it. In the NL East, the defending MLB Champion Phillies have not been able to win at home. Once they start winning at home, they could walk-away with this division. The Florida Marlins have enough tools to stay close and contend for the wild card.

In the American League, all the divisions appear to be wide open. In the East, Boston and New York will always be neck\-to-neck. The defending AL Champion Tampa Bay Rays are still alive too. What makes them a threat is that they have no fear of the Red Sox and Yankees. However, I like both the Red Sox and Yankees to make the playoffs. Over in the Central , the Tigers and Twins will duke it out. Both have excellent managers, but neither team can win on the road. I'll select Detroit. The White Sox won't be a factor unless they go get themselves another front-line hurler. Out West, the Angels, as previously stated, will win it. Texas and Seattle have their fans excited, but will falter down the stretch.

I will take another peak once we hit September, but right now I like the Angels to beat Philadelphia for the World Series crown.

We have been hitting on all cylinders with our selections in the last two weeks. We have spotted a perfect pitching matchup on tap for this Saturday, July 11. It will be our Major League Game Of The Year, an 8-Unit Play. To sign-up for this game use our Web site or call our sports office direct at 1-866-238-6696.