MLB Handicapping: Top Priorities for Every Team
by Trevor Whenham - 7/16/2009 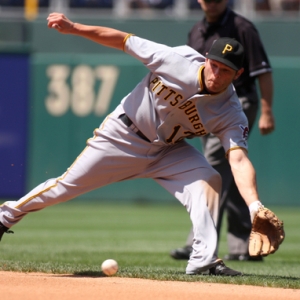 With the baseball season at the halfway point, now is a good time to assess where teams are at and what they need to do from here. With that in mind, here's a look at a top priority for all 30 teams in the coming weeks:

Baltimore - Remember to be patient. This team has a ridiculous amount of young talent, and the best group of pitching prospects in the league. They aren't competitive now, so they need to do everything they can to ensure they can be as competitive as soon as they can. That means developing without rushing.

Boston - Get another pitcher. I have a lot of respect for all of their starters (except maybe Brad Penny). The Red Sox are in a great position to win it all, though, and another top arm in their rotation would give their chances a real boost. I'd be inclined to look to trade Clay Buchholz for an arm that can help them now.

New York - They could use pitching, too, but I would tend to prioritize the addition of an outfielder. For a payroll as big as theirs their outfield is surprisingly pedestrian. There are several good options out there, but Vernon Wells would be my choice.

Tampa Bay - Find a DH. I thought Pat Burrell was going to be a great answer, but it turns out that Philly was smart to get rid of him when they did. They need all the offense they can get down the stretch, and Burrell isn't carrying his weight.

Toronto - Find best value for their assets. They need to sell Halladay and Wells, and they need to get as much as they can for it. They aren't competitive at all now, but they could conceivably be in three or four years if they add more firepower to their already impressive group of young talent.

Chicago - Quit pouting. They tried for Jake Peavy, but he said no. Instead of regrouping and trying again, they have just shut down. They aren't playing well, and their management certainly isn't being aggressive. They are still in the running and are talented enough to win, but not if they don't do something.

Cleveland - Get maximum value for Cliff Lee. He's not as valuable as he was at the start of the year, but he's still probably the second best healthy pitcher on the market, and he would allow the team to restock a bit for the next few years. This year s obviously a total write-off.

Detroit - Add an arm. The Tigers are in a good position to head to the playoffs, but the back half of their rotation is brutal. They don't need to go for one of the big arms, but they could certainly find an upgrade to what they have at a reasonable price.

Kansas City - Get Alex Gordon on track. The Royals had promise this year, but it certainly hasn't worked out. Now they need to build a road map for the future, and Gordon is a key part of that. He should be back from a long injury soon, and the team needs to spend the rest of the year assessing if he is the centerpiece that he appears he could be.

Minnesota - Leverage the J's. Joe Mauer is en route to his third batting title, and is perhaps the best pure hitter in the league. Justin Morneau is an MVP with the game to get another one at some point. The Twins haven't done nearly enough to maximize that one-two punch, and they need to find a way to become the team they should be with players like that. It can't happen overnight, but progress on that front wouldn't hurt.

L.A. - Get healthy. This team is definitely talented enough to win their division, and perhaps even to win a series or two once they get to the playoffs, but not if they aren't healthier than they are now. Hunter and Guerrero are both on the sidelines now, and they obviously can't stay there for the long run.

Oakland - Trade Matt Holliday. I give the team credit for trying this bold experiment. It's not working, though. Holliday has more value in a trade than he has on the roster. It's all about some year other than this one for the A's.

Seattle - Don't trade Erik Bedard. This is contrary to what most people are saying, but I think it would be a mistake to get rid of him. This team isn't as far away as some people think they are, and Bedard and King Felix make a dynamic duo in the rotation. When you have that, and it's reasonably affordable, I don't think you should be in a hurry to get rid of it.

Texas - Manage Neftali Feliz carefully. The Rangers, like all contenders, could use pitching, and Perez is an impressive prospect with a fastball in the high 90s. He's doing well in Triple A, and the temptation will be to bring him along soon. The trick will be not to rush him and put him in situations where he can't succeed now and into the future.

Atlanta - Get Derek Lowe's head right. Up until the middle of May he was pitching like a true ace. Now he is wasting his salary at an epic clip. He needs to be much, much better for his $15 million salary, and the Braves need to find a way to make him better fast.

Florida - Keep patiently developing the rotation. The Marlins have just one pitcher - Josh Johnson - who is ready for primetime now. What they do have, though, is an impressive amount of young talent that needs coddling and patient development. Careful management now and for the next couple of years is the key for maximizing the potential.

New York - Is it too late to dump it all and start over again? This team should be much, much better than they are. They are almost certainly the most expensive fourth place team in history, and it's hard to see a way out of it without a massive overhaul. Making any rash moves - like buying a big player at the deadline - would be a mistake because it wouldn't address the underlying issues.

Philadelphia - Add a pitcher. They are red hot, and they have all the bats they could need. They should be able to roll to the division win, and could do some damage in the playoffs, but I'm not convinced they have the horses they need in the rotation. Roy Halladay would look very, very good in their uniform.

Washington - Just fold. It's hard to believe that there is any reason for hope. The one thing they desperately need to do is get Stephen Strasburg signed. screwing that up would be a crippling blow to the organization.

Chicago - Resolve the Soriano situation. It does no good to pay a guy $17 million then bench him. Soriano and Piniella need to find a way to co-exist so that Soriano can improve his level of play without fear of action from the manager. This is way too much of a distraction for a team that can't afford any.

Cincinnati - Get Jay Bruce right. Bruce is a phenomenally talented outfielder, and he's just 22. Between injuries and some truly awful play this year, though, it has been a wasted season. He's far too much of an asset to be ruined, so the team needs to really focus on getting him ready to soon be the outfielder of the future and the cornerstone of this team.

Houston - Get younger. The late 90s were a good time for the Astros, but that was a long time ago. This is a team of veterans - senior citizens really - and the team needs to really work on stocking up for the next charge instead of reliving the last one. Six of their eight typical starters are 33 or older.

Milwaukee - Add pitching. They know better than anyone what adding an arm in July can do for a team, and they are close enough to make a charge if they had a better rotation.

Pittsburgh - Quit trading away every player on the roster. This team is an absolute joke, and they will continue to be one until they quit acting like one. You can't trade away every single player with even a little talent and still expect to win games or earn any fan support. They haven't had a plan for two decades, but they badly need one.

St. Louis - Pitching. Like most contenders they are one good rotation arm away from really being dangerous. The NL is very winnable, and St. Louis could be well positioned to take it down, but not unless they add another ace-type workhorse. Halladay makes as much sense here as anywhere.

Arizona - Don't panic. This year has been a total disaster, thanks in large part to a shocking number of injuries. This team isn't nearly as bad as it has looked, though, and management really needs to remember that. They should resist the temptation to sell players and go into rebuilding mode, and just bide time until next year when they can make small tweaks and try again.

Colorado - I have no idea how this team is competitive right now, so I can't really say what they should do to stay that way. The first thing they should do is make sure that they have Jim Tracy locked up. I was very skeptical of his hiring, but he's been a miracle worker - the team has won almost 70 percent of their games since he took over at the end of May.

L.A. - Keep doing what they are doing. The Dodgers are overperforming, and they have done it in the face of some real adversity. I don't believe that they are as good as they appear, but that doesn't matter as long as they think they are. Whatever Torre is doing there is working, and he needs to make sure it keeps working.

San Diego - Get Peavy healthy, then get rid of him. This team has given up on this year and next. They are going very young and building for the future. Dealing Peavy would help them to do that by stocking up the cupboards a bit and loosening the financial situation.

San Francisco - Don't mortgage the future for the present. The Giants are sitting in the Wild Card spot and have the chance to stay there. That's an impressive accomplishment, but they probably don't have what it takes to go all the way this year. This team is going to be much better in a few years than it is now once their young talent gets some seasoning. They can't risk that by doing something stupid now.