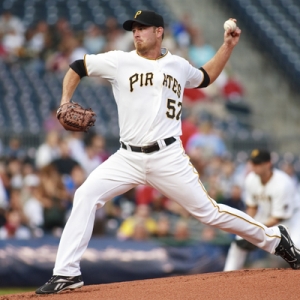 We're back to preview two MLB series that begin on Monday and offer the best value for your betting dollar (all odds from BetUS, only the first three games of the series count towards these wagers):

--Toronto Blue Jays (+145) at Texas Rangers: The Rangers have the second-best home record in the American League as they start a season-long 10-game homestand. And Texas doesn't have to worry about facing Jays ace Roy Halladay, who pitched Sunday.

But the Jays also get a break in that it appears Texas closer Frank Francisco, who has been tremendous this year, probably won't pitch in this series. Francisco (12 saves, 0.46 ERA) has some tightness in his shoulder and hasn't pitched in a game since last Wednesday. He admitted himself that he still needs a few more days off before he's right, although a return trip to the disabled list apparently isn't in the cards just yet.

But it's this type of injury that you should take advantage of in the tricky world of baseball betting. C.J. Wilson likely would be the closer with Francisco out, and he's a lot less reliable. Also remember that the Rangers remain without injured outfielder Josh Hamilton.

Toronto won two of three from Texas earlier this season and has great numbers against Game 1 starter Scott Feldman (6.75 career ERA vs. Jays). The Jays also saw Aaron Hill break out of his slump on Sunday, ending a 0-for-25 skid. He arguably was the biggest reason for Toronto running out to an early lead in the AL East before the Red Sox and Yankees caught the Jays. In addition, first baseman Lyle Overbay is hitting .500 this month and on a 13-game hitting streak.

--Pittsburgh Pirates (+195) at Atlanta Braves: This series will be interesting because it's the first time the Pirates play Atlanta since that Nate McLouth trade. Many of the Pirates players ripped the team for the deal, saying that management basically gave up on the season. It got so bad that GM Neil Huntington felt he needed to send emails to the team's season-ticket holders to explain his reasoning behind the trade. In the GM's defense, top prospect Andrew McCutchen, who took McLouth's spot in center field, has shown signs of a being a star.

Pittsburgh took two of three from Atlanta in the Steel City earlier this season (and has won six of the past eight against the Braves), and I love Zach Duke to win the opener for the Pirates. He's 4-3 with a 2.50 ERA in eight starts since being roughed up in a start against Atlanta and has allowed only five runs in his past 22 innings. He just beat Johan Santana, too. Braves starter Kenshin Kawakami has been solid but has only won three of his past six starts.

The Atlanta offense is still struggling even with McLouth, having ended a 22-inning scoreless streak by finally breaking out against Milwaukee on Sunday. Atlanta put starting first baseman Casey Kotchman on the DL on Sunday, with Martin Prado likely to start there most nights in Kotchman's place. That's a downgrade.

At +195, Pittsburgh is definitely worth the risk.