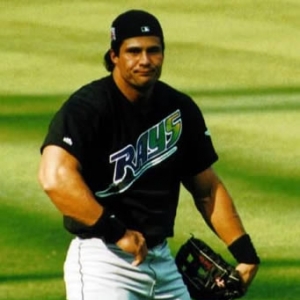 So, whose brilliant idea was it to get steroids out of baseball?

In case you haven't noticed, Major League Baseball has been partying like it's 1909. Scoring is down, 'under' is the operative betting word, and the offensive eruptions of the Steroid Era have gone the way of the Model T. This new performance-reduced game may be more environmentally friendly but it sure isn't very aesthetically pleasing.

Yet, as we scan back through the annals of our former national pastime we'll find that although the reasons change the ebb and flow of scoring numbers have been cresting and falling for over a century. Different names and different reasons, but the math has always followed a similar pattern.

While it's tough to truly mark the beginning of the Steroid Era it's easy to follow the chain of individuals that rode it to prominence. The clown prince of the time, Jose Conseco, and his Anabolic Bash Brother Mark McGwire hit the scene as a duo in 1987, with Conseco taking the American League MVP the following year. Ken Caminiti, may he rest in peace, sobered up and juiced up enough in 1996 to take the N.L. MVP. And the great personal crescendo of the era was clearly the McGwire-Sammy Sooser Home Run Race in 1998.

However, the highest scoring year in baseball history took place in 2000. That year there were an average of 10.28 runs per game scored by all Major League teams. There were 10.6 runs per game in the American League and even a stunning 10.0 runs per game in the National League. Think about that: an average of double-digits in San Diego, Pittsburgh and Montreal (yeah, they were still kicking it coup et dirigé-style back then) every night. In fact, a quick trip down Memory Lane reveals that books were actually releasing totals of 13.0 and 14.0 that season - and those games were still going 'over'.

It was high time for hitting. But both the books and the bettors were in lock step as games were still going 'over' at only around a 51-52 percent clip.

Then it all hit the fan in 2005. That's the year of the first steroid rules in Major league Baseball, the year that Conseco published his tell-all book about the steroid culture within the game, and that's also the year that two of the BALCO kingpins cut plea bargains and hit the pokey for their role in providing 'roids to a clientele that included Barry Bonds, Jason Giambi and Armando Rios.

Last year there was an average of 9.3 runs per game tallied. That was the third consecutive year in which scoring had declined.

Which brings us to the here and now. So far in 2009 there has been an average of 9.28 runs per game managed through roughly 40 percent of the season (62 of 162 games). That would seem to be a non-issue and in line with the statistical baseline set by the last three seasons. But if you look a little closer at the distribution of runs within this year's schedule the trends are pointing toward scoring levels that we haven't seen since the Nixon Era.

The first month of this season started off at a raucous pace. There were roughly 9.8 runs per game scored in the American League and 9.5 in National League affairs. It was good times and chicks were back to diggin' the long ball. Also, the 'over' was coming in at an absurd 58 percent success rate and fantasy baseball fanatics everywhere were just as giddy as could be. Everyone was happy.

But then it was as if someone had just deflated cleanup hitters' biceps across the league. Scoring has plummeted since mid-May and heading into Sunday teams were averaging just 8.16 runs per game in the month of June. That is a run-and-a-half differential from what they were putting up just about six weeks ago. And while I know it is a relatively small sample size I have also seen no signs of it turning around any time soon.

So is it all steroids? Is the explanation for the scoring drought that simple? I would have to say no. But I say that with some hesitation.

Baseball is a game of cycles. The sport itself is devoid of electronics - just a stick and a ball - but yet it can be seen as one big statistical matrix. Baseball is a never-ending tide in a sea of statistics. And like any time there are times when it comes in and times when it recedes.

If you look at scoring in terms of runs per game per team then the highest scoring seasons in MLB history actually took place prior to Hindenburg disaster. In 1930, teams averaged 5.55 runs per game, followed by 5.19 in 1936 and 5.19 in 1929 for the three highest totals in the game's logbook.

But even those run-abundant years came following the Dead Ball Era. That was the name given to the time between 1900 and 1919, when some guy named Babe Ruth stepped onto the scene. During that time there were teams that actually averaged 2.6 runs per game for an entire season and it included 1908, when the league-wide average was a pathetic 3.4 runs per game!

Scoring bounced back in the Roaring Twenties. Scoring increased over 40 percent in that decade and eventually gave way to the beer league softball numbers of the 1930's. Yet, baseball historians are still at a loss for a single explanation for the scoring surge. Changes to the ball, to the rules, and to stadiums themselves were all culprits.

The bottom line is that both of these periods were natural cycles. Scoring was sluggish at the turn of the century before erupting between Prohibition and World War II. There was another lull between Elvis and Neil Armstrong before a steady increase through the 70's and 80's and then the explosion of the Steroid Era. So it makes sense that a natural statistical regression would occur and that runs would become just a bit scarcer for a time. I don't know if anyone can say for sure how low it will go or how long it will last. But the State of Scoring in Major League Baseball is going to be an underlying issue for years to come as we try to get clear of the Steroid Era.

Questions or comments for Robert? E-mail him at robert@docsports.com or check out his Insider Page here.