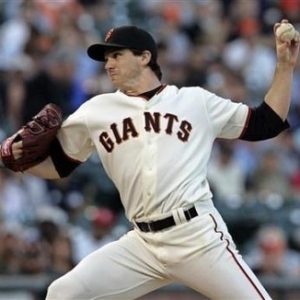 So long, NBA and Stanley Cup Finals. I'm sad to see basketball and hockey end, (although I think NHL training camps open in less than 60 days already) but with NFL teams a good month or so from reporting to training camp, it's now arguably the quietest time of the year in sports betting. So what better time to beef up on your baseball?

There are two interleague series that begin on Monday, and here are my recommendations for series betting on those, with all odds from BetUS:

Milwaukee Brewers (-115) at Cleveland Indians
I don't get this line at all. The Tribe actually also opened at -115 on the site, but Cleveland just used ace Cliff Lee on Sunday, meaning the Brewers should have little trouble here. That is even though they just finished a 1-5 home stand and are 1-5 in interleague play.

I usually recommend taking a team that is in good shape to win Game 1 of a series, but I'm going against the grain here. Brewers opening starter Dave Bush is winless in his last four starts, going 0-3 in that span with a 6.75 ERA. Cleveland's Carl Pavano has had a decent bounce-back season, although he was crushed last time out by Kansas City.

Milwaukee's Corey Hart seems to be finding his stroke, having hit in five straight games and coming off his first multi-homer game of the season on Sunday. And the Brewers get to add a bat with the DH in play here. They have a much better offense already than does Cleveland.

This is the Brewers' first trip to Cleveland in eight years. They won the series then and will again.

Los Angeles Angels (-115) at San Francisco Giants
The Giants also are -115 on BetUS, and they should win this series with little problem. The first question you probably are asking is whether Tim Lincecum is scheduled to pitch against the Angels, and the reigning NL Cy Young Award winner will pitch in Game 3 on Wednesday against Matt Palmer. OK, Palmer is 6-0, but that number is misleading since the Angels have scored 47 runs in his six decisions.

Actually, a sweep is very possible. L.A. Game 1 starter John Lackey has lost his last two decisions and was bombed by Tampa Bay on Wednesday. Giants starter Barry Zito has won both his starts this month and has terrific career numbers against the Angels.
In Game 2, the Giants go with Jonathan Sanchez, who is a much different pitcher at home: 2-0 with a 3.04 ERA at AT&T Park. The Angels counter with a very inconsistent Ervin Santana.

San Francisco has won 14 of 19 games and nine of 10 at home and just swept Oakland.
By the way, the Grand Salami number on BetUS for Monday's action is 18 runs, and that seems very likely to go over with three of the four starting pitchers tonight having struggled of late. Plus the Angels have scored 26 runs with nine homers in the past three games and have the worst bullpen (5.84 ERA) in the American League.