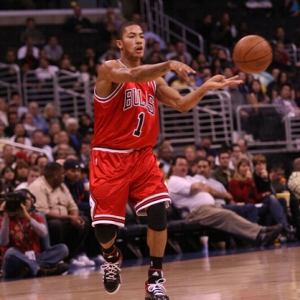 Tuesday night is an important evening for all those NBA teams that failed to make the playoffs, as the NBA's Draft Lottery is held - with Oklahoma's Blake Griffin widely expected to be the No. 1 overall pick in this summer's draft.

The Chicago Bulls can attest to how much a difference winning the lottery can make, as the Bulls parlayed a 1.7 percent chance last year into acquiring Rookie of the Year Derrick Rose. However, this year's draft class is not as acclaimed as was last year's. Most NBA types think Griffin will be a very good pro but not a franchise changer like Rose, for example.

Thanks to Bodog, you can bet on who will win the 2009 lottery. Sacramento goes into it with the best chance (25.0 percent), followed by Washington (17.8 percent) and the always-in-the-lottery Clippers (17.7 percent). But the last time the team with the best odds won the lottery was in 2004, when Orlando drafted Dwight Howard.

In fact, there have long been conspiracy theories about the Draft Lottery, going back to when the Knicks won the right to take Patrick Ewing. Some have found it awfully convenient that the struggling Cleveland Cavaliers franchise won the lottery in 2003, the year that Ohio native LeBron James was eligible. Ditto for the struggling Bulls in winning the top pick to choose Rose, a Chicago native. Thus, expect to hear the whispers again if the Thunder, who have the fourth-best chance of winning the lottery, get Griffin, a Sooner and Oklahoma City native.

A total of 14 ping-pong balls, numbered 1 through 14, will be placed in a drum. There are 1,001 combinations when four balls are drawn out of the 14 without regard to their order of selection. Before the lottery, 1,000 combinations will be assigned to the 14 participating teams. The Kings own the most four-digit combinations (250).

Only twice have teams with the worst record won the lottery since the current format began in 1994. Since then, the No. 6 team has won the lottery twice as well. The most a team has risen is the Magic, who in 1993 finished 41-41 and in the 11th lottery slot with a 1.5 percent chance of winning. But they won the lottery for the second year in a row and selected Chris Webber (who will represent the Kings on Tuesday), trading him to Golden State for the rights to Penny Hardaway, the third pick, and future picks. Orlando has won the lottery a record three times overall.

That 1993 lottery win by the Magic led to the NBA Board of Governors altering the system to give the team with the worst record a 25 percent chance of securing the first pick instead of the 16.7 percent chance as it was then. Only once in the history of the draft lottery have the teams with the worst three records had the top three picks (1996).

Prior to the draft lottery, the first pick in the NBA draft was determined by a coin toss between the team in each conference with the worst record. But there were widespread accusations that the Houston Rockets tanked in the 1984-85 season in order to get the top pick and draft University of Houston center Hakeem Olajuwon. The lottery was instituted the following season, and the Knicks won it and the opportunity to take Ewing.

Here are each team's chances of winning the lottery, along with Bodog odds: