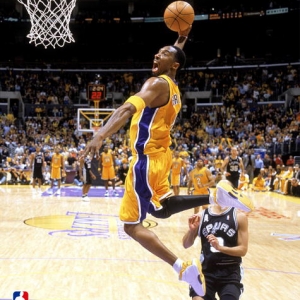 With the NBA Playoffs approaching quickly, I have been reading everything I can get my hands on in the eternal pursuit of an edge. One thing I keep coming across in various forms is the concept that a team that finishes strong in the regular season is in a good position to do well in the playoffs. That makes sense on an intuitive level, but before I got too excited about it I wanted to test it out for myself. I didn't want to commit to doing a comprehensive study, but I could at least get a sense of things by looking at the teams that made the finals in each of the last six years. Here's what the results said:

Miami won the title by dispatching the Mavericks. The Heat were very weak down the stretch, winning just four of their last 10. They were better in their last 20, going 11-9. They lost their last three games. Dallas closed at 6-4, but had the same 11-9 records over the last 20 as Miami. They lost three of their last four games.

So, what generalities can we draw from this?

- Seven of the 12 teams had the same record or better in their last 10 games as they did in the 10 before that. Four of the last six teams did not.

- Three of the last four finalists have closed strong, winning their last four games. Overall, though, just half of the teams finished the season with a strong finish in their last few games.

- Eight of the 12 finalists had a lower winning percentage over the final 20 games than they did over the whole season.

So what does that mean for the generalization that teams that finish the regular season strong are poised for playoff success? Well, it certainly doesn't strengthen the argument a whole lot. It's generally better to finish above .500 in your last 10 games, but Miami didn't and they got a ring to ease that frustration. It doesn't really matter whether the team was better in their last 10 than they were in the 10 before that, or if the team let off the gas in the final approach to the playoffs. It really doesn't matter whether the team ends the season on a winning note in their final games or not, either. It also seems clear that a team doesn't have to win in the last quarter of the season at the same rate they won all year to set themselves up for a playoff run.

As you get ready for the playoffs and try to figure out which teams are legitimate title contenders there are lots of factors that you will want to consider and weigh. This is a small sample size, but the indications are that how a team finishes the regular season doesn't need to be one of those factors that you give a whole lot of attention to.