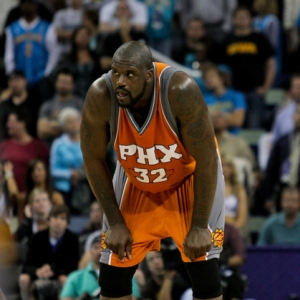 The biggest drama around the NBA Draft this year wasn't which team was going to pick which player with which picks, but rather the trades of veterans that were made before and immediately after the draft. We usually see some trade action around this time of year, but rarely with names like this - major stars like Shaq, Vince Carter and Richard Jefferson have new addresses. Each of those players have gone to serious contenders for next year's NBA Championship, and their additions have significantly changed the tone of the playoff race. It will also have an impact on the futures prices on these contenders as well as those that haven't made moves to keep pace. Here's a look at how those three big trades change things:

Shaquille O'Neal to Cleveland - From a futures perspective this one had a big impact. Before the deal the Cavs were at between +300 and +350 to win the 2010 championship depending upon which book you used. After picking up Big Diesel the team dropped to between +175 and +225. A drop of just +100 or +150 points might not seem like much in pure numbers, but as a percentage the drop was as much as 50 percent - a big drop in potential profit.

The question, then, is whether the change in prices is justified. There is little doubt that Shaq makes the team better. He provides an inside presence that the team has lacked - one that can stand a better chance of containing dominant interior opponents like Dwight Howard. Shaq also adds the voice of experience - he's won championships with two teams, and is as decorated as almost anyone in the league.

There are, of course, problems - he's not as effective as he once was, it's questionable whether he will be able to stay healthy throughout the season, and he still doesn't address the lack of depth the team has in the back court. Overall, though, I see the move as a net positive - Shaq will keep the tone light, and he'll motivate LeBron James to do more than he has already done. I don't really think that any team is worthy of an investment at this price given all of the things that can go wrong, but the change in price can probably be justified.

Richard Jefferson to the Spurs - From where I am sitting it's hard not to love this deal. San Antonio only had to give up spare parts to acquire Jefferson, and he significantly improves this team. The Spurs haven't always been the most offensively explosive team, and Jefferson is a guy that can score. More importantly, he can score without really impacting the games of the core group of players that has made the Spurs tick. He's not the defensive presence that Bruce Bowen was - not even close. Still, he's a disciplined and coachable player, and he'll be able to play adequately when his team doesn't have the ball.

The window for the Spurs is relatively small because Tim Duncan isn't getting any younger, and Jefferson gives the team a much better chance of climbing through that window. The futures odds reflect that sentiment pretty clearly as well. The team was as high as +1500 to win it all before adding Jefferson, and now they have fallen as low as +900. That might not seem reasonable for the addition of one player - one who has never won anything in the pros. You have to remember, though, that this team has really added two star players since their last playoff run - Manu Ginobli should be healthy after all sorts of injury issues last year.

Vince Carter to Orlando - This is the most intriguing deal to me. Carter is a massive talent, but his motivation has never matched up to his skill. He's also getting older. If he is able and willing to give his best, though, then he'll make a big impact on the team. Carter has never been on a team that has done much, but this time he has no excuses - he's playing close to home, and he's surrounded by the most talent that he has ever played with. Orlando has lost Hedo Turkoglu, and with that they have lost their best playmaker and pure scorer. Carter is at least as talented as Turkoglu even at this late stage of his career, but he's also far more volatile.

This could go very well, or it could end very badly. You have to applaud the Magic for taking the risk, though, and you have to assume that it will set a positive tone for the team. These guys made it all the way to the NBA Finals without their starting point guard, so like the Spurs it's as if they have added two key players to their team compared to the playoff run last year. Again, the futures odds have shifted thanks to this addition, dropping from a previous high of +700 down to as low as +500. I find it hard to trust Carter given his past antics, but it's hard not to get carried away thinking about what is possible if he is committed and focused.