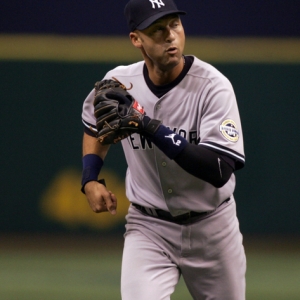 It's new ballpark season in New York - the Mets opened their new stadium on Tuesday, and the Yankees do the same on Thursday. As there always is with new stadiums, there is a great deal of hype surrounding both buildings. Tickets for the opening homestands for both buildings are hard to come by, and the crowds are going to be loud and crazy. You could assume that the buzz and excitement will give teams a big boost. But is that the case? To get a sense of that we can look back to the 11 stadiums that have opened in the past decade.

Seattle - 1999 - The Mariners lost their first two games in the new building, and were just 4-4 in the eight-game homestand. Seattle was 43-38 at home all year, so the opener was slightly below the season's performance.

Detroit - 2000 - Detroit won their first game in the new building to break a five-game losing streak. They won three of their first four at home, but were just 3-5 in the first series. They were 43-38 at home, so this was below expectations.

Houston - 2000 - The Astros lost their first game and were 2-4 in the opening stand. They were 39-42 at home, so they underperformed in the first series.

San Francisco - 2000 - The Giants opened with a brief five-game stand in the new digs. They didn't win a game. They were, however, a very solid 55-26 at home that year.

Milwaukee - 2001 - The Brewers swept the first series in the new building, and were 6-3 in the opening homestand. They were 36-45 at home on the season, so they are the first team on this list to have potentially shown a boost.

Pittsburgh - 2001 - They opened their new stadium with just a single three-game series. They lost the first game and two of the three. They were 38-43 at home.

Cincinnati - 2003 - The Reds christened their new building by dropping the first three games and four of the first six. They were 35-46 at home.

Philadelphia - 2004 - The Phillies lost their first game and four of their first eight. They were 42-39 on the year, so their first season was pretty consistent with the year.

San Diego - 2004 - The Padres won their first two games at home and five games in that first stand. They were 42-39, so the stand was pretty standard for the season.

St. Louis - 2006 - The Cardinals won the first two games in new surroundings, and four of the first six. They were 49-31 at home in that strong season, so the first series was only slightly above expectations.v

Washington - 2008 - The Nationals opened the new stadium with just one game - a win. After a six-game road trip they returned for six more at home. They lost the first five. They were a league-worst 34-46 at home on the season.

So based on this admittedly small sample size, what have we learned about the advantage of opening a new stadium? There really isn't one. The teams were just 5-6 in the first games in the new buildings, and you can drop that to 5-7 since the Mets lost their opener. The Brewers are the only team that played significantly better in that first series in the new building than they did in the building all season, and a few teams played much worse. You can deal with these first home stands for the two New York teams however you want as a bettor, but you really don't need to compensate for the new clubhouse or the improved facilities. The fans might be thrilled with the upgraded comfort, but the teams really don't seem to care.