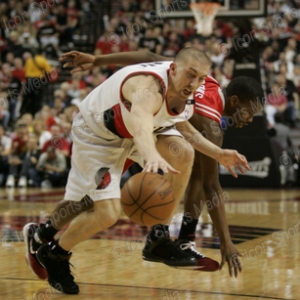 The Cavs were never really in jeopardy of losing Saturday's Game 1 of this series and easily covered in the 102-84 home victory. Oddsmakers expect another sizable difference tonight, as Cleveland has opened as an 11.5-point favorite on Bodog.

Detroit's Tayshaun Prince, who draws the main assignment on LeBron James, has sore ribs but will of course play tonight. However, Pistons coach Michael Curry said that he won't use Prince exclusively on James in order to save Prince a pounding on those ribs as well as keep him more fresh on the offensive end. Prince had just four points on 2-for-7 shooting in Game 1.

Curry will switch off Richard Hamilton and Rodney Stuckey also on James, which then allows the lanky Prince to come on help defense. And with the size differential of James compared to Hamilton and Stuckey, a lot of help will be needed.

LeBron had 38 points in Game 1, and his over/under for tonight on Bodog is 29.5. As unselfish as he is and with more doubling expected, and with LeBron averaging 25.8 against the Pistons in the regular season, the under looks great there.

Cavs power forward Ben Wallace will suit up again after playing just 12 minutes in Game 2 after he was hurt near the end of the regular season. But he will be limited to about 15 minutes.

Perhaps no Game 1 in the NBA playoffs was as surprising as Houston's 108-91 victory over Portland. The Blazers entered red hot, having won six in a row overall and six straight at home, but they were never in it on Saturday night.

Yao Ming was perfect from the field (9-for-9) and free-throw line (6-for-6) in finishing with 24 points. In fact, Yao was so good that Portland coach Nate McMillan might dust off a twin-towers lineup at times of Greg Oden and Joel Przybilla to slow Yao. McMillan did say his experiment of Travis Outlaw at small forward is over.

Only Oden (15 points) and Brandon Roy (21) scored in double figures for Portland in Game 1. Certainly the most disappointing Blazer effort was from LaMarcus Aldridge. He averaged more than 23 points during the season against Houston but was held to just seven points on Saturday. His over/under for Game 2 on Bodog is 19.5 points, so the over looks like a great play as he no doubt will bounce back.

The Blazers were in their first playoff series in six seasons, and it showed in their tentativeness. McMillan has promised his team will be more aggressive tonight, and Portland is a six-point favorite.

Utah seems to be the easiest team to trend in these playoffs - the Jazz are going to lose by 13 points at Staples Center. The Jazz did so in both visits to Staples during the regular season and again on Sunday, falling, 113-100, and failing to cover. If you are interested in betting on that point differential again, the Lakers are 9/2 on Bodog to win by between 10-13 points tonight.

The Jazz are 11.5-point dogs for Game 2 and may not have their third-best player. That would be center Mehmet Okur, who sat out Game 1 with a strained right hamstring. He didn't practice with the team on Monday and will be called a game-time decision. Okur is the Jazz's second-leading scorer (17.0 points) and top three-point shooter (44.6 percent).

Kobe Bryant had 24 in Game 1 as the Lakers spread the wealth, but he averaged 31 in the three regular-season games. His over/under tonight is 28.5, but the Lakers might well be so far ahead again that Kobe doesn't need to score late. Thus, the under might be the best bet there.