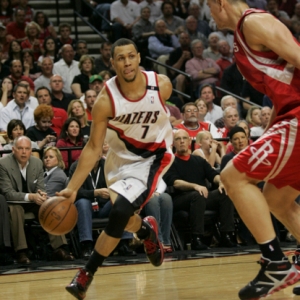 Enjoy Tuesday night, NBA betting fans, because it's likely to be the final night where we have four playoff games. Game 5s are generally the best gauge of a series, as in NBA history the winner of Game 5 from a series tied at 2-2 has gone on to prevail in the series 121 of 145 times, or 83 percent of the time.

Quick, name a more entertaining playoff series this decade than this Bulls-Celtics series? OK, maybe there have been a few, but I can't remember one in the first round. And the way these two are going, we still probably have three games to go.

Other than Game 3, each of the first four came down to a team's final possession. And it's somewhat shocking that the Bulls' two wins have come in overtime in this series, because Chicago was a lousy 2-7 in overtime games during the regular season.

Let's get to the key "new" injury right away - the strained hamstring of Bulls guard Ben Gordon. He injured it during Game 4 but played through it after a getting an anti-inflammatory shot at halftime while also riding an exercise bike during all timeouts to keep it from tightening. An MRI on Monday showed nothing worse than a strain, and Gordon, averaging 24.8 points per game in the series and nearly 10 points from the fourth quarter on, said he will play no matter what it takes.

Boston is an eight-point favorite on Bodog, which is pretty surprising considering how close this series has been. Plus, the Celtics are just 2-9 ATS in their past 11 as a favorite of 5.0-10.5. The Celtics did win Game 5 in each of their three Eastern Conference playoff series last year, but that team also had Kevin Garnett.

As good as Bulls-Celtics has been, the Sixers-Magic series has been just as close. Three of the games have been won during the last three seconds, the Sixers coming up with two buzzer-beaters with 2.2 seconds left and the Magic won on Hedo Turkoglu's shot in Game 4. Thus, the 8.5-point spread on Bodog favoring Orlando for Game 5 is surprising as well since Philly has covered the first four games.

While Dwight Howard is dominating for Orlando, the Magic go only as Turkoglu seems to go. He was shooting just 7-of-30 in the series before Game 4, when he hit 8-of-11. Even more telling, Turkoglu was the Magic's leading scorer in the fourth quarter the past two seasons but had just 10 fourth-quarter points before Game 4's break out.

Turkoglu said he has had to take injections to numb the pain in his left ankle (injured near the end of the regular season), but skipped the shot before Sunday's game against the Sixers. Maybe that was the difference in his play?

The Magic, who live by the three-pointer more than any team, are hitting just 31 percent from behind the arc against Philly.

The San Antonio Spurs have never lost a first-round playoff series since drafting Tim Duncan and when he was healthy, but the Spurs seem destined to that fate heading into tonight's Game 5. The loss of Manu Ginobili is allowing Dallas to basically let Duncan and Tony Parker get their points but not let the Spurs' perimeter shooters do hurt the Mavs.

Mason and Bonner were somehow held scoreless in Game 4. But San Antonio is a five-point home favorite for Game 5.

All time, the Spurs are 0-7 in series after starting behind 3-1 - although they did extend the Mavs to seven games from a 3-1 hole in 2006. But these Spurs clearly aren't that good.

Dallas has covered 15 of its past 20 playoffs games as a dog.

Maybe Tracy McGrady was the problem? T-Mac could never get the Houston Rockets past the first-round of the playoffs, but that's what Houston can do with a victory tonight in Portland.

The Blazers, however, are 5.5-point favorites on BetUS.

Yao Ming dominated Game 1 for Houston, but the Blazers seemed to have Yao figured out until Game 4, when he dominated again with 21 points and 12 rebounds.

This series actually has been very close other than Game 1. Games 2, 3, and 4 were decided in the closing seconds, and in those three games, both teams averaged 92.6 points. The Trail Blazers made 46.4 percent of their shots, the Rockets 44.9 percent.

Houston is expecting Portland to be as aggressive defensively tonight as the Blazers have been all year.

"It's a close-out game," Houston's Aaron Brooks said. "We know we're going to get their best. We've got to play for 48 minutes."

A minor concern for Blazer backers is that star guard Brandon Roy, averaging 28.3 ppg in this series, did not practice Monday because of flu-like symptoms. Neither did LaMarcus Aldridge because a of an elbow strain. But both are expected to start tonight.