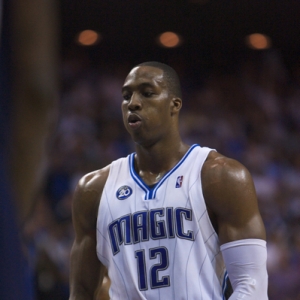 Overview: This NBA Finals is not the one most people had in mind. But considering that the Kobe vs. LeBron matchup didn't pan out, and a Lakers-Celtics rematch was largely derailed by an injury to Kevin Garnett, we are left with an intriguing matchup all the same. The red-hot Orlando Magic face the erratic but battle-tested Los Angeles Lakers in a battle that appears to pit two teams headed in different directions.

However, they both reversed course before getting here. The upstart Magic dominated the Eastern Conference's top-seeded Cleveland Cavaliers and won the six-game series rather handily.

Orlando appeared to do an about-face after unexpectedly struggling with the 76ers in the first round, then needing to win a Game 7 in Boston to get past the defending champion Celtics amid the appearance of a rift between star Dwight Howard and coach Stan Van Gundy. For a team that appeared to be on the brink and burdened by controversy, the Magic suddenly played their best basketball of the season and blindsided MVP James and the Cavaliers.

The Lakers, on the other hand, dominated their first-round series against the Utah Jazz and appeared poised to walk through the rest of the Western Conference with little resistance on their way to claiming their reservation in the NBA Finals. Then, they inexplicably let the short-handed Houston Rockets take them to seven games, and looked similarly vulnerable against the surging Denver Nuggets before finishing off the series in six games.

However, if this team believes it has the ability to turn the switch "on" and "off" as many observers have surmised, then the Lakers appeared to do just that when they displayed a championship-caliber mentality in their blowout road win over Denver in Game 6 of the Western Conference Finals.

So who has the edge in momentum as the NBA Finals approach? It's close to a "push," though you can certainly make an argument for Orlando. However, it would premature to conclude that the Magic's dominance of a one-dimensional Cleveland team can carry over against a much more balanced Lakers club. It would also be a mistake to assume the Lakers will roll based on their edge in experience and because of the will of Kobe Bryant.

This series might be determined in the paint. The Lakers discovered just in time that Pau Gasol has been an underused weapon in the post. He is a terrific finisher around the basket and a great passer out of double teams. If he can get Howard into foul trouble and continue to be a game-changing presence, the Lakers have a decided edge.

If Howard can turn the tables on Gasol and Andrew Bynum, and the Magic rely a little less heavily on their perimeter game, the Orlando is capable of giving the Lakers all they can handle.

Bryant remains the game's best all-around player, and he tilts the scale in favor of the Lakers.

That is, the Magic simply have no equivalent. Even so, the good news for the Magic is that Rashard Lewis has come of age as a legitimate leader and is earning the big-money free agent deal he signed two years ago. Previously reluctant to take over with the game on the line, Lewis has proven that he is not afraid -- nor incapable -- of taking and making huge shots with the game hanging in the balance.

At this point, the rumored return of point guard Jameer Nelson from a shoulder injury is probably a distraction the Magic don't need. Despite his on-court value, the Magic have made it this far without him, and the redistribution of minutes should he return might be more of a hassle than a help.

Value: Orlando. As evenly matched as these two clubs rate out on paper, it's difficult to ignore the value to be found on the Magic based on the price offered. However, it's also difficult to envision Orlando getting best of a seven-game series against the Lakers, provided they show up for the duration with the "on" switch working the entire time.