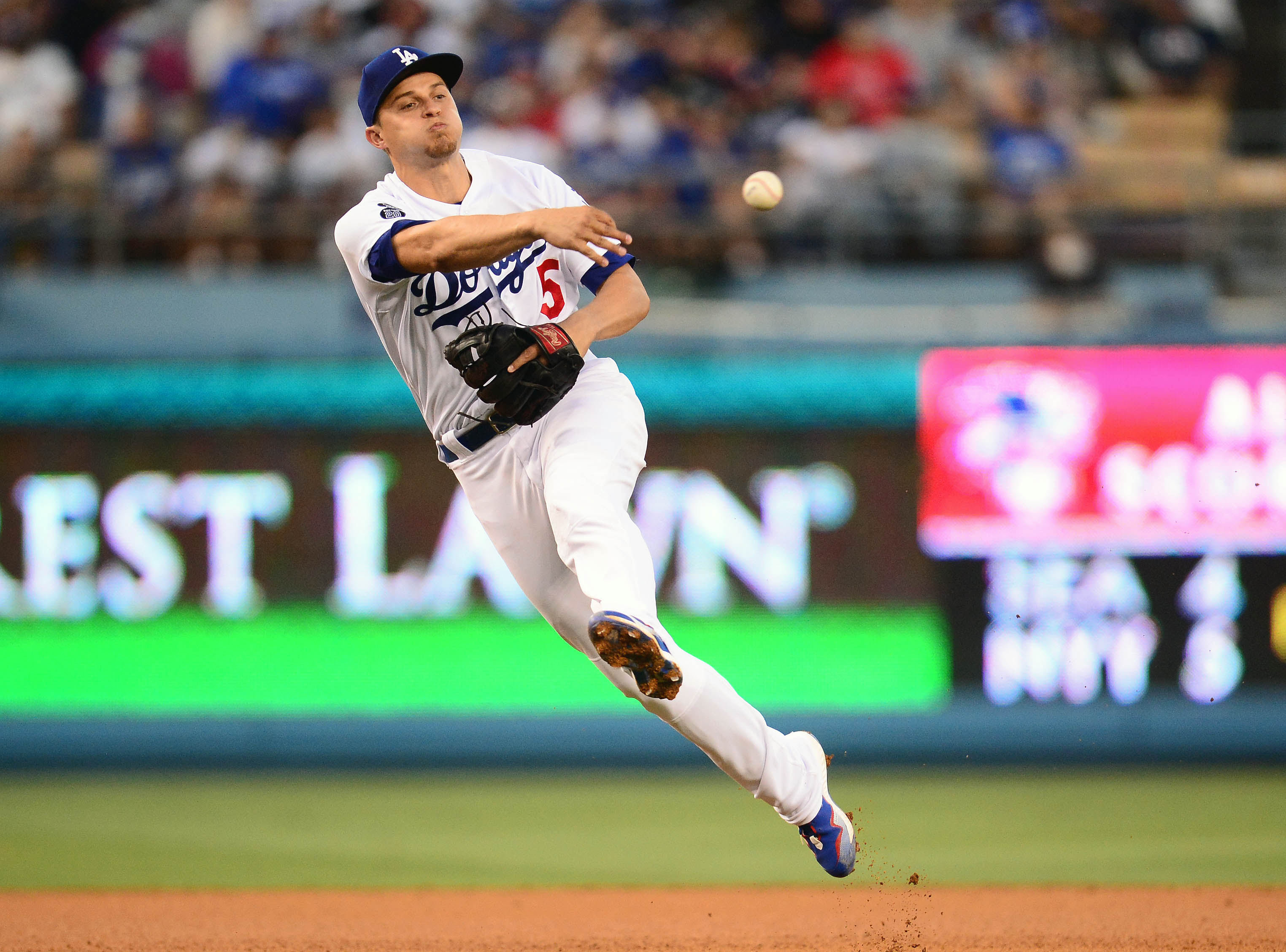 Citizens Bank Park is the venue where Aaron Nola and the Philadelphia Phillies (59-53, 1st in NL East) will play the Los Angeles Dodgers (67-45, 2nd in NL West) on Tuesday. The Dodgers open this matchup at -185 while the Phillies are priced at +140. The O/U opens at 9.5. The pitchers taking the mound are Max Scherzer and Aaron Nola.

The Dodgers have earned 174 two-baggers as a unit and have smacked 154 balls out of the stadium. Los Angeles is slugging .424 and have struck out 992 times, while drawing a walk on 440 occasions. As a team, the Los Angeles Dodgers are scoring 5.2 runs per contest, which is 2nd in MLB. They have accumulated 559 RBI's in addition to 934 base knocks this year, while their batting average is sitting at .246. They are sitting with 583 runs while having a team OBP of .335.

The Dodgers are sitting with a team earned run average of 3.17 so far this season (1st in the league), and their staff has struck out 1,119 batters. They have accumulated a K/BB ratio of 3.26 and their pitching staff holds a collective WHIP of 1.13. Dodgers pitchers have surrendered 122 home runs and also 412 total runs (1st in MLB). They have walked 343 batters and their FIP is 3.67 as a team so far this year.

The Dodgers bullpen have accumulated a save rate of 58.2% and stepped onto the hill in 125 save situations. The relief pitchers have inherited 160 runners for the season and 23.8% of those players ended up scoring. Dodgers pitchers have stepped onto the hill with runners on base 114 times in addition to having 136 appearances in high leverage situations. The Dodgers have sent 394 relievers to the mound for the season. The relief pitchers have tallied 69 holds on the campaign (3rd in the league). They have tallied 32 saves for the year and have blown 23 of their 55 chances to save the game.

The Dodgers have transformed 71.5% of baseballs in play into outs out of 8,967 innings, which ranks them 3rd in pro baseball. The Los Angeles Dodgers have accumulated 2,989 putouts on the campaign, as well as 921 assists and 67 errors. Their fielding percentage is at .983 which is 21st in MLB, and they have turned 686 double plays.

Philadelphia has accounted for 136 long balls this year to go along with 495 runs batted in. They have recorded 185 doubles, while getting a free base 390 times as well as notching 518 runs. The Philadelphia Phillies have accounted for an OBP of .320 as well as a batting average of .243 so far this year. The Phillies hold a team slugging percentage of .411 and they are earning 4.62 runs per contest (13th in the league). They have struck out on 997 instances (12th in the league) and have earned a total of 900 hits.

With 101 save situations, the Phillies have amassed 44 holds and also 25 blown saves. Philadelphia has called on relief pitchers to enter the game in 52 save opportunities and they have recorded 27 saves. Their relief pitchers have stepped onto the mound 117 times in high leverage situations and also on 95 occasions with runners on. Philadelphia bullpen pitchers hold an inherited score percentage of 43.5% out of their 138 inherited runners. They are currently ranked 27th in baseball with a save rate of 51.9%, and they have dispatched 352 bullpen pitchers to the mound this season.

Out of their 8,796 innings on the diamond, the Phillies have accumulated a defensive efficiency of 68.6% (24th in the majors). The Philadelphia Phillies have turned 98 double plays and own a fielding percentage of .983 (24th in baseball). The Phillies have 1,011 assists, 70 errors and have amassed 2,932 putouts this season.