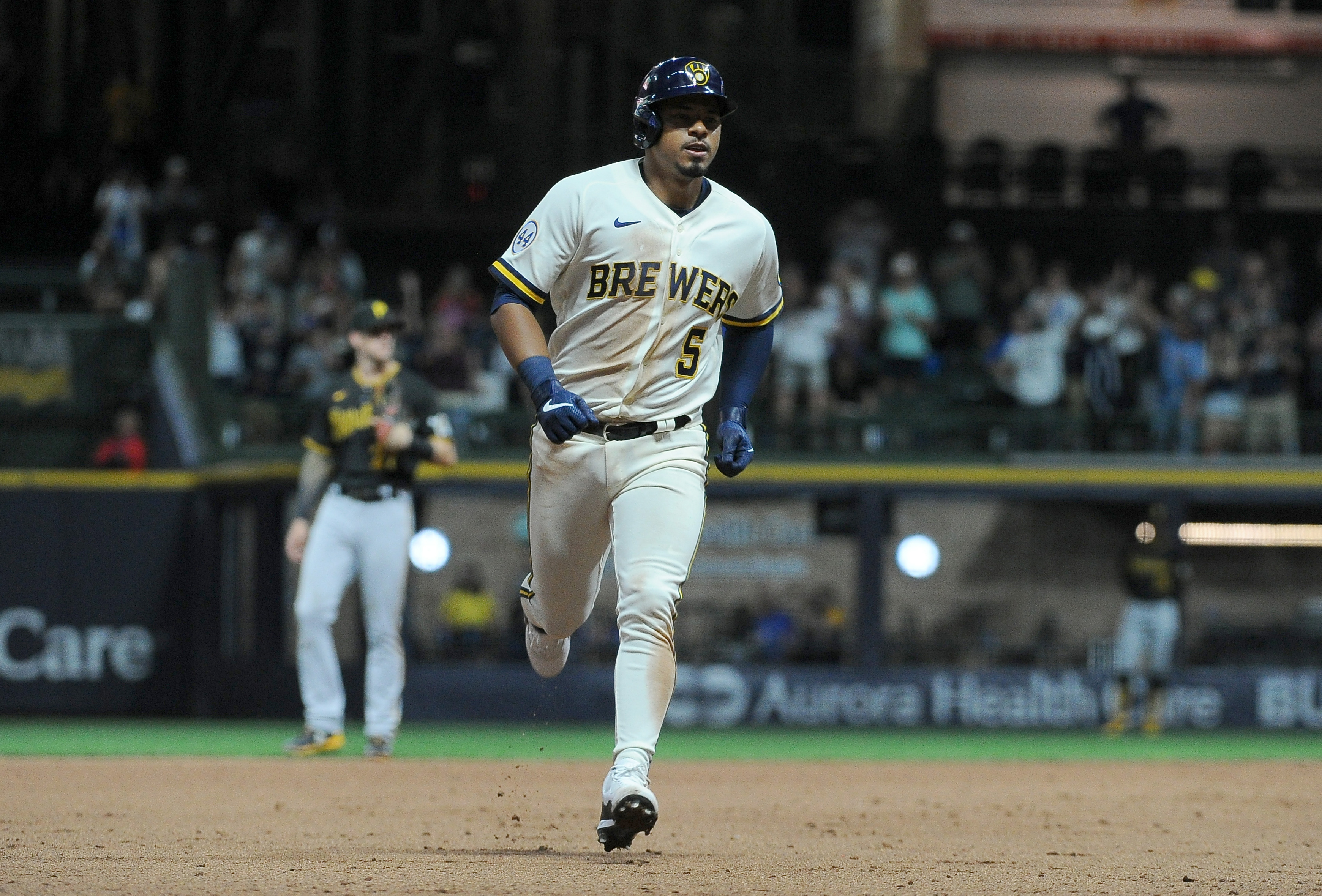 American Family Field is the site where Brandon Woodruff and the Milwaukee Brewers (65-44, 1st in NL Central) will take on the San Francisco Giants (69-40, 1st in NL West) on Saturday. The Brewers open this matchup at -141 while the Giants are priced at +110. The over/under has been set at 7.5. The starting pitchers are Anibal Sanchez and Brandon Woodruff.

San Francisco has a slugging rate of .437 and have been called out on strikes 1,020 times, while drawing a walk on 414 occasions. They have recorded 510 RBI's in addition to 892 hits so far this season, and their team batting average is sitting at .245. The Giants have tallied 172 two-baggers as a unit and have knocked 164 baseballs out of the stadium. They have accumulated 534 runs scored and hold an on-base percentage of .327. As a squad, the San Francisco Giants are recording 4.9 runs per outing, which puts them at 6th in MLB.

The Giants have a team ERA of 3.37 on the campaign (3rd in baseball), and the staff has rung up 952 batters. They have earned a K/BB ratio of 3.28 and their pitching staff holds a WHIP of 1.13. Giants pitchers have given up 110 long balls and 407 runs in total (3rd in baseball). Their pitching staff has walked 290 opposing batters and their FIP is 3.70 as a team for the season.

The San Francisco Giants have accumulated 2,912 putouts on the campaign, as well as 983 assists and 50 errors. Their fielding percentage is currently at .987 which is 3rd in the majors, and have 624 double plays. The Giants have turned 71.9% of balls in play into outs in their 8,736 innings on the diamond, which has them sitting at 1st in professional baseball.

The Brewers have a team slugging percentage of .388 and they have an average of 4.53 runs per outing (14th in baseball). They have notched 159 doubles, while taking a walk 413 times and racking up 494 runs. Milwaukee is sitting with 131 home runs so far this year and 472 RBIs. They have struck out on 1,036 occasions (6th in MLB) and have notched a total of 819 base hits. The Milwaukee Brewers have tallied an on-base percentage of .317 and a team batting average of .228 on the season.

Milwaukee bullpen pitchers have an inherited score percentage of 35.9% out of 92 inherited base runners. Their relievers have stepped onto the hill 131 times in high leverage situations and also on 67 occasions with runners on base. With 104 save situations, the Brewers have 55 holds in addition to 20 blown saves. They are currently ranked 21st in baseball with a save percentage of 58.3%, and they have sent 350 relief pitchers to the hill so far this year. Milwaukee has called on relievers to take the mound in 48 save opportunities and they have converted 28 saves.

DAILY FREE VIDEO PICKS END_OF_DOCUMENT_TOKEN_TO_BE_REPLACED
How to Tease the NFL