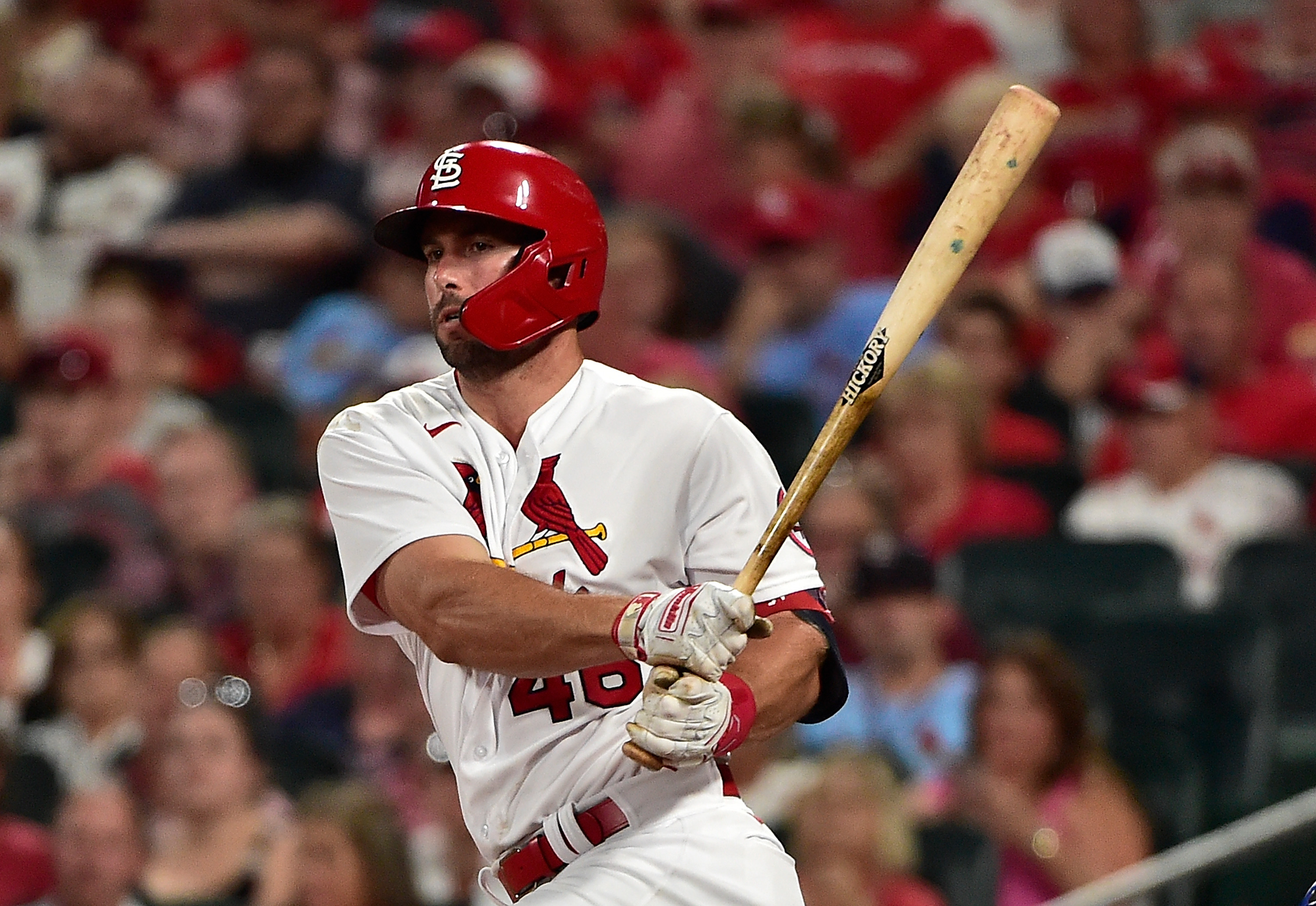 J.A. Happ and the St. Louis Cardinals (55-56, 3rd in NL Central) go to PNC Park on Tuesday where they'll meet the Pittsburgh Pirates (41-71, 5th in NL Central). The moneyline on this matchup has the Cardinals priced at -132 and the Pirates are at +105. The over/under is set at 9.5. The men taking the mound are J.A. Happ and Steven Brault.

The Cardinals have earned 171 two-baggers as a unit and have smacked 121 baseballs out of the park. St. Louis is slugging .389 and have been called out on strikes 906 times, while drawing a walk on 331 occasions. As a team, the St. Louis Cardinals are putting up 4.0 runs per game, which has them sitting at 26th in baseball. They have accounted for 425 RBI's in addition to 859 hits over the course of the season, and their team batting average is sitting at .236. They have accumulated 445 runs and have an OBP of .307.

Cardinals pitchers have relinquished 99 home runs and also 490 total runs (14th in the league). Their pitching staff has walked 462 opposing players and their FIP is 4.41 as a team for the year. Their strikeout to walk ratio is 1.84 and their pitching staff holds a WHIP of 1.35. The Cardinals hold a team earned run average of 4.24 on the season (14th in the league), and the staff has struck out 850 hitters.

Cardinals relief pitchers have entered the contest with runners on 123 times in addition to having 105 appearances in high leverage situations. The bullpen have tallied 58 holds on the year (14th in the league). The Cardinals relievers have earned a save percentage of 72.1% and stepped onto the hill in 103 save situations. They have accumulated 31 saves so far this year and have blown 12 of their 43 save opportunities. The bullpen pitchers have inherited 209 base runners for the season and 38.3% of those runners crossed the plate. The Cardinals have sent 383 relief pitchers to the mound so far this season.

The St. Louis Cardinals have earned a total of 2,905 putouts for the season, as well as 1,014 assists and 62 errors. Their fielding percentage is holding steady at .984 which is 14th in pro baseball, and have 779 double plays. The Cardinals have converted 71.1% of baseballs in play into outs out of 8,715 innings on the field, which has them sitting at 5th in the majors.

Pittsburgh has accounted for 87 HRs on the campaign as well as 382 RBIs. They have 175 doubles, while taking a walk 353 times as well as putting up 405 runs. The Pittsburgh Pirates have an on-base percentage of .307 in addition to a team batting average of .236 so far this season. The Pirates have a team slugging percentage of .363 and they average 3.62 runs per game (30th in MLB). They have been called out on strikes on 913 occasions (25th in the league) and have tallied 877 base hits.

Pittsburgh has had relievers step onto the mound in 25 save opportunities and they have earned 15 saves. They are currently ranked 16th in the league with a save percentage of 60.0%, and they have dispatched 386 relievers to the mound so far this year. Their bullpen pitchers have stepped onto the hill 84 times in high leverage situations and on 85 occasions with base runners. Pittsburgh relievers hold an inherited score rate of 35.0% out of their 143 inherited base runners. Sitting with 74 save situations, the Pirates have earned 47 holds and also 10 blown saves.