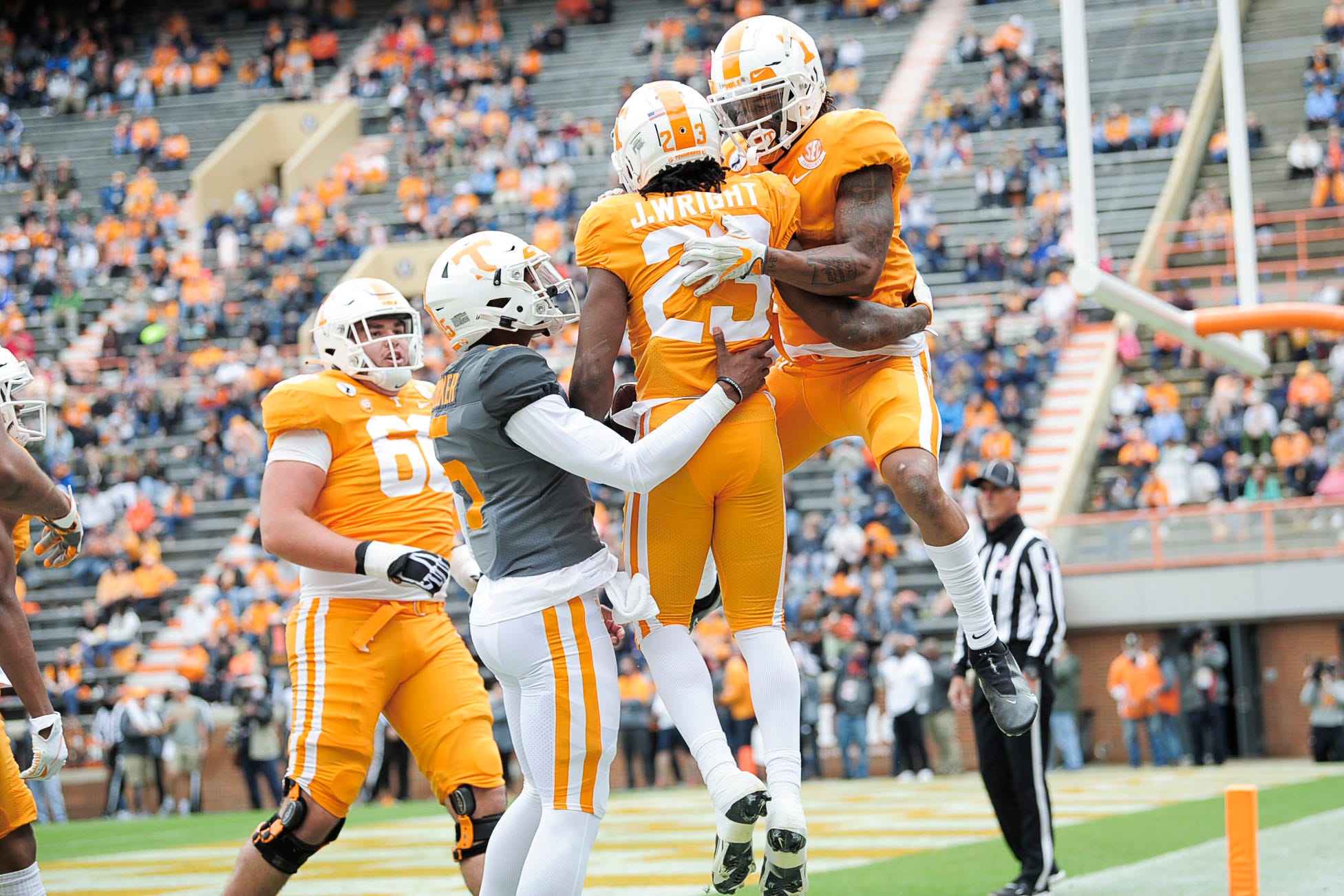 Hendon Hooker is looking like he'll be the starting QB for the Tennessee Volunteers this season. He will look to lead his young team into a successful season after many changes from the prior campaign.

The Volunteers attained 3,462 total yards for the prior season. As a unit they had an average of 141.5 yards in the run game, which was 84th in the nation. Tennessee totaled 14 passing touchdowns and 12 rushing touchdowns. When it comes to getting in the endzone, the Tennessee Volunteers averaged 21.5 PPG.

Regarding passing yards, the Volunteers conceded 2,658 yds which had them ranked 113th in Division 1. They allowed teams to run for an average of 3.7 yards per running attempt and 141.6 rushing yards per contest last season. They surrendered 15 passing touchdowns and 15 touchdowns via the ground game. During the season, they gave up 1,416 running yards through 10 outings. They surrendered 407.4 yards per outing which had them ranked 76th in college football. The Volunteers were ranked 81st in college football in terms of the opposition scoring, giving up 30.1 points per game.

Check out our best bets for College Football Win Totals

The over/under wins total for the Tennessee Volunteers is sitting at 6 and about +140 on the under. So, before we get into the good stuff, you should understand that I have 6 sets of power ratings for college football, and this has been the case for around a decade. Five of these ratings has the Volunteers winning no more than 6 games, with four of the ratings having them winning 5 games or fewer. Even if they top out at my top rating of 6, it’s still a push for us and we get our money back. Having said that, I do expect Tennessee to win 5 games this season which gives us the win, and therefore I’m going with 5.

The Volunteers return four starters on offense with a new quarterback and a new offense. Virginia Tech transfer Hendon Hooker will be vying for the starting QB spot for the Volunteers this season. Even if Hooker ends up being “the guy”, he won’t have much to work with. The skilled positions on this team have been depleted and the coaching staff is going to have to address the situation quickly. In fact, one service who focuses on college football returning production has the Volunteers ranked 116 in that category.

On top of that, you’ve got a new head coach in Josh Heupel who is coming from the University of Central Florida. The jury is still out on Heupel for me. He inherited a full cupboard from Scott Frost at UCF, and I don’t think he played at the level that team should have been at. They will be playing an up-tempo brand of offense, but it’s going to take some time to build a familiarity with the offense, as well as team chemistry. There is a slew of new starters on the offense and they’re going to need time. The defense returns seven starters with the secondary being the strength and the linebackers being an area of concern.

In terms of the schedule, the Volunteers open at with Bowling Green, Pittsburgh and Tennessee Tech. I think they’re going to go 2-1 in this stretch of three games with a potential loss to Pittsburgh in the middle of those three games. There is no guarantee for a 3-0 start, and I have them losing one. I have them going 1-6 in their first seven SEC games. That means they are going to go into their final two home games against South Alabama and back in conference play against Vanderbilt. I have Tennessee winning both of those games which gets us to 5 wins. I have them going 5-7 on the season.