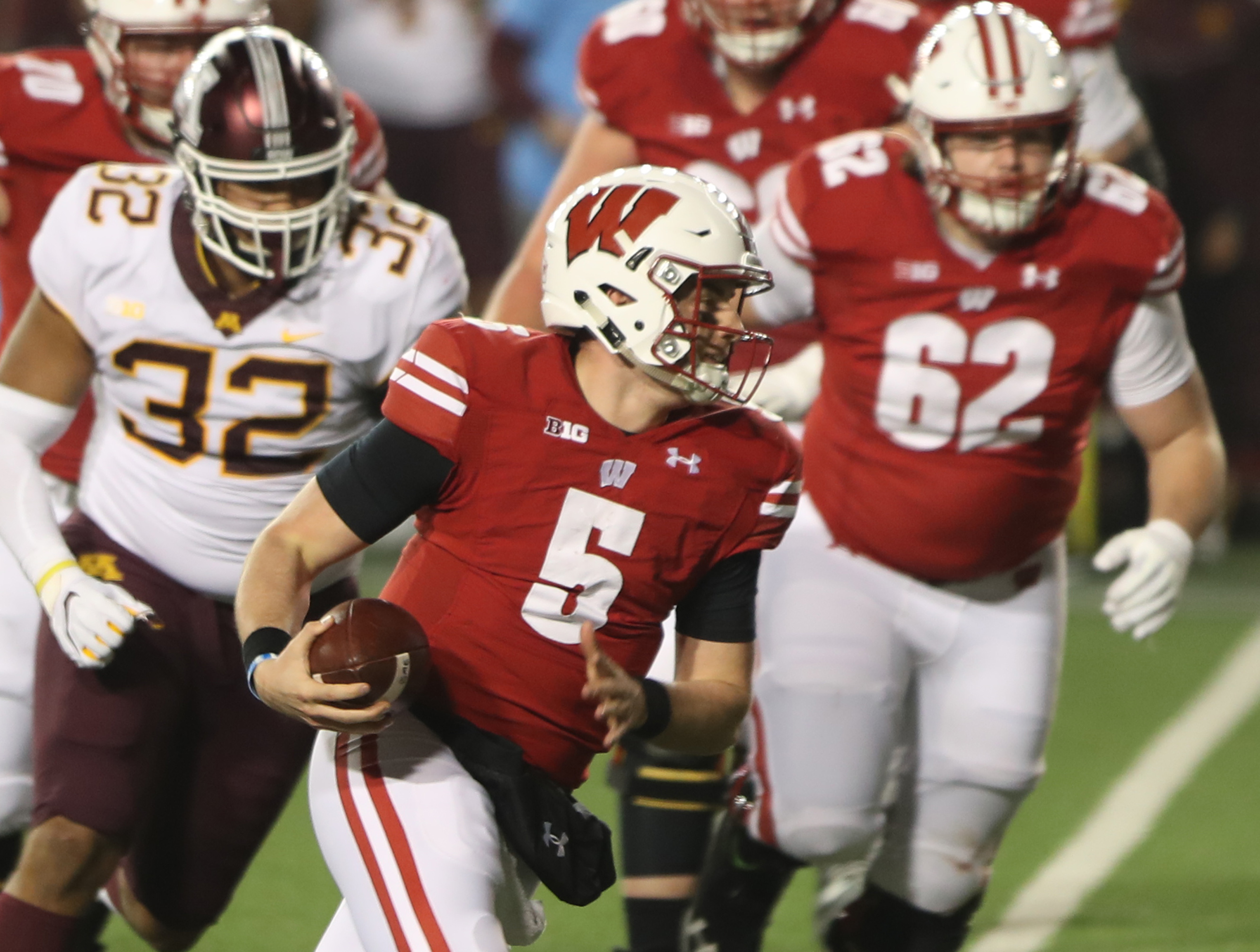 Davie O'Brien Award and Manning Award candidate Graham Mertz will look to lead the Wisconsin Badgers to a playoff birth this season. The Badgers are coming off a 4-3 season and expectations are high coming into the 2021 campaign. Look out for the Badgers this year, because they are primed for a great run.

The Badgers racked up 2,419 total yards for the prior year. As a team they held an average of 164.6 yards on the ground, which ranked them 62nd in college football. Wisconsin totaled 10 passing touchdowns and 13 rushing touchdowns. Regarding putting the ball in the endzone, the Wisconsin Badgers averaged 25.1 points per outing.

Get all of our College football parlay picks

The Badgers were ranked 22nd in the nation when it comes to team defense, giving up 17.4 points per game. Opposing teams ran for an average of 3.3 yards per rush and 96.1 rushing yards per contest last year. For the season, they gave up 673 running yards through 7 outings. When it comes to passing yards, the Badgers allowed 1,426 yds which ranked them 38th in Division 1. They allowed 12 touchdowns via the pass as well as 2 rushing touchdowns. They conceded 299.9 yards/outing which had them ranked 17th in Division 1.

Graham Mertz has connected on 127 of his attempted career 203 throws for a completion percentage of 62.6%. He is throwing for 145.7 yds per outing. For his collegiate career, Mertz has thrown for a total of 1,311 yards with 9 TD's and 5 interceptions. His quarterback rating is 126.5 with a touchdown percentage of 4.4% and an interception rate of 2.5%. Since his college career started, he has left the pocket to run 38 times for a total of 44 yds.

Check out our picks for College Football Win Totals

As mentioned before, I use six power ratings that gives me a teams win total each and every season. For the Wisconsin Badgers, all six of the power ratings had the Badgers winning more than 9.5 games this season.

By my power ratings, this Wisconsin squad is a top ten team, and they play a schedule ranked inside the top 30 in terms of difficulty so that is something that needs to be considered when you’re going to make an over play on a team that must win at least 10 games to get there. However, they don’t play Ohio State this season. They have Penn State in week one and Notre Dame in week 3. If they get through those games unscathed, an undefeated season is not out of the realm of possibility for this squad. We know the offense sputtered last season which was a big reason they went 4-3, but I love the fact that Paul Chryst is calling the shots again on the offensive side of the football. That will only help this team to get back on track.

They have a ton of talent across the board on offense. This goes for the skill positions, offensive line and quarterback. Under center you have Graham Mertz who is a Junior this season. Last season he racked up 1,238 yards with 9 touchdowns and 5 picks. He’s got some real nice wide receivers to throw to this season, so that should help the case.

As one ratings site put it, Wisconsin’s defense was third in the nation in expected points allowed last season. So that 4-3 mark that they finished up with in 2020 was a little more of indictment against the offense and we have some great reasons to believe the offense will be taking a big step forward in 2021. They should be a beast on defense again, especially when talking about the linebacker group. They love to pin their ears back, get after the quarterback and get TFL’s.

I have the Badgers power rated as the chalk in all 12 of their games this season. I believe they’ll win 11 of 12 games and I played the over on Wisconsin.