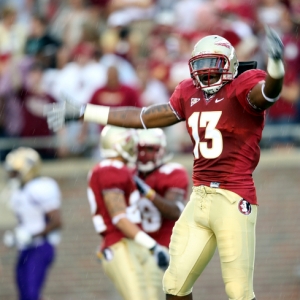 The ACC may not receive the recognition it deserves on the national level as a legitimate power conference, but last season it produced 10 bowl teams out of the 12 in the league.

This season it looks as though the battle for the top spot will be just as tight as last year with many of the teams improving from last season. The following will provide some ACC football conference futures odds as well as predictions for betting.

The Skinny: BC has made some pretty remarkable runs to ACC title games the past few seasons and if they are able to make that trip this season it would be the most impressive of the recent successes. Having a new coach (Frank Spaziani), losing B.J Raji and Ron Brace on defense, and playing at Clemson, at Virginia Tech, and at Maryland puts the Eagles on the outside looking in of a Division Title, let along winning the conference.

Value: Poor. Getting +8000 is at least something to look at but usually when odds are this long there is a reason. A new QB and replacing stars on the defense does not inspire much confidence this season.

The Skinny: Despite not getting the same hype as they did entering last season the Clemson Tigers are certainly a team to beware of in the up-and-down ACC. The offensive line returns all five starters from last season and the defense brings back eight starters from the 13th-ranked squad in scoring in 2008.

Value: Great. With the departure of Cullen Harper the quarterback position is still to be determined, but with five starters back on the offensive line and C.J. Spiller to tote the rock they should still score points. DE Da'Quan Bowers will only be better as a sophomore as the defense should be improved as a whole. This team also responded well to Dabo Sweeny at the end of last year and could win the division.

The Skinny: Coach David Cutcliffe has his work cut out for him in Durham. The Blue Devils did make a marked improvement on the field as well as on the recruiting trail but they need to focus on winning games before there is talk of winning titles.

Value: None. Not yet anyways. The talent is starting to come to Duke and they have been successful in the past. But this season if you have expendable money to be on Duke send it to a charity instead.

The Skinny: Fans of the garnet-and-gold think that this is a year they can compete for the division title. Returning all five offensive line starters is a great place to start the optimism. LB Nigel Bradham is beginning to look like one of the scariest defenders on the planet.

Value: Some. If FSU can win their division and make the championship game they have a puncher's chance. The problem with that is there isn't much punch to the offensive attack.

The Skinny: Paul Johnson's second year in Atlanta has revived a buzz around the program that was mired in inconsistent play during Chan Gailey's tenure. Bringing back QB Josh Nesbitt and playmaking RB Jonathan Dwyer should keep the offense on the field and on the scoreboard enough to protect a defense that lost three of four from the defensive line.

Value: Great. Some may argue that the second season of seeing the triple-option attack may make it easier to slow down the Jackets, but only preparing for the offense one week a year still makes it effective. The schedule is not kind to Tech, but for seven-to-one on the return this is a sound value play.

The Skinny: Maryland was incredibly inconsistent last season - losing at Middle Tennessee State and then shutting out Clemson. This season they return QB Chris Turner and more importantly RB De'Rel Scott. Unfortunately, they return only two players on the offensive line with more than six career starts under their belt. The secondary should be strong, but the front seven will be rebuilt save for LB Alex Wujciak.

Value: Poor. Maryland has probably the toughest schedule in the ACC having to face Clemson, at Wake, at N.C State, Virginia Tech, and at Florida State - that would make this a tough road for any team let alone this enigma of a squad.

The Skinny: Miami needs to step up this season if they ever want to get back to being "The U." With many players from Miami Northwestern the Hurricanes could improve on last season's 7-6 mark. QB Jacory Harris will be asked to shoulder the majority of the offensive load and LB Sean Spence could evolve into a household name.

Value: Poor. New offensive coordinator Mark Whipple comes to Miami from the NFL and will need to get some good work done in fall practice as the first four games of the season (at Florida State, Georgia Tech, at Virginia Tech, Oklahoma) could spell doom for the confidence of the team if they start 0-4.

The Skinny: Butch Davis is bringing loads of talent to Chapel Hill but this season they will be searching for answers in the receiving corps as the Heels lost both Hakeem Nicks and Brandon Tate. The defense should be vastly improved as a unit led by junior DT Marvin Austin.

Value: Some. Despite the losses on offense the team can still score points if QB T.J. Yates improves his play. The defense blew late leads to Virginia Tech and Virginia that cost them a shot at the division title last season.

The Skinny: N.C State reeled off four straight ACC wins to close the 2008 season and make a bowl game. QB Russell Wilson also developed into the best quarterback in the ACC despite being just a sophomore. The defense will need to step up as the unit finished last in both total and scoring defense last season.

Value: Some. Tom O'Brien is one of the least respected coaches on the national scene. He is a winner and gets the most out of his teams - which are usually less talented than those across the line from them. If Russell Wilson can keep his TD-INT ratio (17:1) similar to last year while improving on his completion percentage (54.5 percent) the Wolfpack could be the surprise team in the ACC.

The Skinny: This could finally be the end for head coach Al Groh as the Cavaliers have been up-and-down each season despite producing plenty of NFL talent. The Wahoos have switched to a spread offense with the hiring of former Bowling Green coach Gregg Brandon as the new offensive coordinator. The defense looks solid on the front and back but losing Clint Sintim, Jon Cooper, and Antonio Applebey will make for an interesting mix of inexperience at linebacker.

Value: None. If there is a line on whether Groh is the coach at the end of 2009 may be a better play then this UVA team winning the conference.

The Skinny: Tech has established themselves as the class of the ACC and this year they will have two statement games to go to the next level. Playing against Alabama in Atlanta to start the season and an early season test against Nebraska could tell the tale of their national title hopes.

Value: Great. Virginia Tech plus money to win the ACC is something nice to see. The Hokies settled in with Tyrod Taylor at the helm last season. Bud Foster may be the best defensive coordinator in the country and he returns seven starters from a squad that didn't allow the last six opponents of 2008 to score more than 16 points.

The Skinny: QB Riley Skinner returns to lead the offense but the Demon Deacons lose most all of their other stars. Gone are Butkus Award winner Aaron Curry, ACC All-time interception leader Alphonso Smith, and D.J. Boldin - who led the ACC with 81 catches last year.

Value: Poor. While Jim Grobe may be one of the best in the business, overcoming the loss of many of the best to ever come through Wake will be tough for anyone to overcome. We may learn all we need to know of the Wake defense in the first week when Robert Griffin and Baylor come to Winston-Salem.