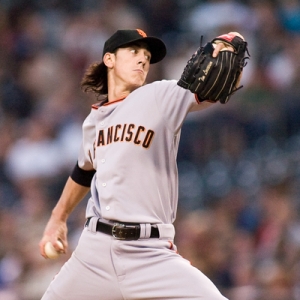 We're not yet to the all-star break but just about every team in the Major Leagues has played at least 81 games. So in my eyes we've reached the "halftime" of the MLB season. I thought it was time for some 2009 MLB Mid-Season Awards:

The Rangers definitely garner some consideration, as do the Blue Jays. But Seattle was an absolute wreck last year as they lost 101 games. Bur right now they are 43-39 and hanging around in the A.L. West. The M's are just 3.5 games back from the division-leading Angels and they are actively looking to improve their team. Don Wakamatsu has worked wonders with this pitching staff and lineup and the M's are somehow hanging around.

With one of - if not THE - best starting rotation in baseball you had to figure that the Giants were going to be better this year. But right now the Giants are the second-best team in the National League and only four teams in the MLB have more total wins right now. San Fran has been one of the best home teams in the league, has an array of veterans, and has Kung Fu Panda (a.k.a. Pablo Sandoval) kicking butt. They're legit and will be around all season long.

Injuries to key players, weak performances from an inconsistent lineup, a feeble bullpen, and a terrible back end of the rotation have really exposed the Indians. This was supposed to be a young, up-and-coming team looking to build off a strong run to end 2008. Instead they are in the basement of the Central yet again and they join the Nationals as the only team to win less than 40 percent of its games.

I will 100 percent tell you that the only reason the Mets have been a failure has been because of injuries. This team has really been gritty and has really been battling. But no team could sustain the loss of three of its four best hitters, two of its top four starters, and its top setup man. The Mets are hanging around, but they're staring at yet another sorry fall.

Most Dangerous Second Half Team

Minnesota just keeps improving and they have slowly been building steam in the A.L. Central. Francisco Liriano is starting to turn it on and joins one of the most consistent group of starters in the league. Joe Mauer has been amazing since he's come back and the lineup is getting better and better by the day. Also, this is the last season for the Twins in the Metrodome and they have plenty of good karma that should come their way down the stretch.

The Fish really didn't play well through May and most of June. But somehow they find themselves just two games out of the N.L. East's top spot and in the thick of yet another improbable playoff run. The Marlins have the best pitching in the division and a group of never-say-die youngsters that are more than ready to compete.

Team Set For Second Half Fade

As great of a story as the Mariners has been, their statistics suggest that their record is somewhat of a fluke. Their Pythagorean Wins total is five less than what their actual mark is, and that would shift them from 7th in the A.L. to 10th. Unless they add some bats I don't see how they will keep pace with Texas and Anaheim and I definitely do not trust their bullpen.

The Brewers have one of the weakest rotations in the National League and are just one injury away from fielding perhaps the worst rotation in the game. They have the No. 24 ERA in the league and the No. 24 batting average. Were it not for the exceptional efforts of Prince Fielder and Ryan Braun this would be a last-place team. If they don't make a move soon I don't see how they can keep up.

The Angels have had the most emotional first half of the season in the Majors. From the death of one of their players to the injury of star outfielder Vlad Guerrero to their decimated - and reanimated - pitching staff, the Angels have been left at the side of the road and then bombing down the highway at 190 miles per hour all in the same three-month span. They have been the best value in the A.L.

The Dodgers have been dominating from Day 1 and they have been absolutely rolling through their pathetic division. They have the most wins in baseball so it makes sense that they've earned the most cash.

The White Sox were almost entirely dependant on the home run to produce offense last year. The Sox haven't been hitting them at nearly the rate this year and as a result they have fallen from the sixth-highest scoring team in the league to the 17th.

It's tough to explain, but the Astros don't score. They have a lineup of big names but this team does not produce runs consistently. They are 25th in the MLB in scoring and are getting much better than expected pitching from their makeshift rotation.

At .323, 21 and 69, Morneau is No. 3 in the A.L. in batting, No. 2 in home runs and No. 2 in RBI. I would give some consideration to Torii Hunter, Russell Branyan and Mark Teixeira, but I think it's pretty clear that Morneau is dominating statistically and leading his team through a dogfight in the A.L. Central.

Do I really need to explain this one? The man is a freak of nature.

Even though Grienke and his team have fallen off the map over the last month, he has still been an absolute stud and has come close to revitalizing baseball in Kansas City. He is 10-4 with a 2.00 ERA and is on pace for around 235 strikeouts.

The young phenom is looking to defend his 2008 N.L. Cy Young Award. He overcame a bit of a slow start and has been absolutely dominating people for his last nine starts. Over that time he has a 1.14 ERA, 75 strikeouts, and allowed just 61 base runners in 71 innings. Wow.

Manager of the Half-Year

Leyland has been masterful this year. He has his team playing hard, bouncing back from the most disappointing year in the Majors last season, and really producing in a city that is about two steps above Beirut. The Tigers are in first place and ready to compete all summer long.

Gonzalez has done more with less than anyone in the Majors. But he's pushed all of the right buttons and has his team really poised to do some damage in the second half.

Rookie of the Year

Comeback Player of the Year