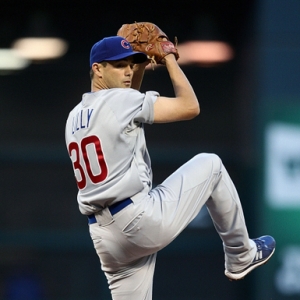 There are several retractable roof stadiums in Major League Baseball, including ones in Toronto, Milwaukee, Houston and Arizona. However, when it comes to betting totals in any of the retractable-roof parks whether the teams are playing in air conditioning or open air may have the biggest impact in Minute Maid Park in Houston and Chase Field in Arizona. When the roof is closed these stadiums play like any other parks and can both be considered "pitching friendly". However, when you open the roof and let some wind and air in there the games can start to look like Home Run Derby.

A perfect example for the Astros occurred over the weekend. Houston has been one of the best 'under' bets in the league this year and was 10-18-2 against the total heading into Saturday's game against San Diego. The roof was open for an afternoon tilt with the Padres - another solid 'under' bet - and the results were obvious: 17 runs, six home runs, and an easy 'over' against an 8.0 line.

It's fairly easy to figure out when Houston is going to play games with the roof open. According to info I found online, the rules of the park stipulate that if the game time temperature is going to be below 80 degrees than the roof will be open. Since that's not a normal occurrence during a Texas summer, these open-air games are more novelties during the spring and fall.

However, the issue is much cloudier in Arizona. According to the Diamondbacks' home page the decision on whether to dome or not to dome is made arbitrarily:

"A decision is then made on a day-to-day basis of whether the roof will remain open or closed at game time. The main factor is, of course, the weather. If there is inclement weather, or the threat of inclement weather, the roof will be closed, as it will during day games in the summer when Phoenix temperatures are regularly well over 100 degrees. Because Chase Field is positioned directly north-south, the roof is rarely open during day games even in comfortable weather because of the effect that the afternoon sunlight has on fans along the first-base line."

That can make capping Arizona totals tricky. However, since - and I'm guessing here based on what I've seen - only about 10 percent of Arizona home games are played "topless" each year it's generally safe to assume that your game will go on under cover. That said, it's always important to nose around (I like to hit up D-Backs blogs; some post this info in pregame) to find out if the roof will be opened before you make your wager.

The retractable roof situations in certain MLB parks aren't the only stadium quirks that need to be taken into account when handicapping baseball games. Below are three more situations that bear special consideration when you're planning a play in these parks:

The Wind At Wrigley
There is a reason that the sportsbooks don't post Chicago Cubs totals until later in the morning on game day rather than the night before, like the rest of the totals. They don't call Chicago "The Windy City" for nothing and the gusts off the Great Lakes can completely change the complexion of an inning, a game, or a series.

Weather.com has a great page that details the wind direction, and some pages that post odds will even make a mention of it when they post the total. The key thing to keep in mind when you're capping these games, though, is who is on the mound. If you have a fly ball pitcher like Ted Lilly on the bump then it's bombs away. But if you have a sinkerball pitcher like Derek Lowe or Brandon Webb on the hill for the opponent then you may find some value. Since these guys - or anyone that consistently keeps the ball on the ground - won't be as effected by the wind gusting out then you can find an inflated total and score an 'under'.

The reverse is also true. If the wind is blowing in heavily then even some two-bit scrub like Zach Duke can look like Tom Glavine.

Two other parks where the wind is a consistent challenge are Texas and the New Yankees Stadium.

Day Games in Cincinnati
I am using Cincinnati as an example, but in reality there are a lot of ballparks where the ball just carries a whole lot better during the day. And last year the Reds were a perfect example. Cincy was No. 4 in the Majors with 74 home runs in their 53 day games at the Great American Ballpark (1.4 HR-per-game). During night games the Reds mustered just 113 home runs in 109 games.

In some parks - like Kansas City or any of the dome teams - playing in the day or at night doesn't alter either offense very much. However, in places like Chicago (both the Sox and Cubs), Boston, St. Louis, Anaheim and San Francisco the difference between day and night is as significant as, well, day and night.

Left-handed Pitchers In Fenway Park
I don't have a full compliment of statistics to back this up, but anecdotally it's been a long-accepted fact that lefties throwing in Fenway are in for a long evening. Part of that might be that the Red Sox have had some dominating right-handed hitters in their lineup for the last 20 years - think Boggs to Manny. And part of it is the Myth of the Green Monster. And since righties are prone to pull and are going to get good looks at left-handed pitchers the Monster, at just 310 down the left-field line, has always been in play.

When you compare the 310 down the line at Fenway with the nearly 340 down the line in the Metrodome you can see why lefties would struggle. Minute Maid Park (315) and Tropicana Field (315) are two other places with a short left-field porch.

Conversely, there are places like Yankee Stadium (314) and Camden Yards (318) that are more conducive to left-handed lineups (and less favorable for right-handed fly ball pitchers) while a place like Dolphins Stadium (345) or Miller Park (345) makes it tougher on the lefty hitters.

Pay attention to your parks and how they relate to the pitchers and hitters playing in them and you can pick up at least a half-down more wins each season.