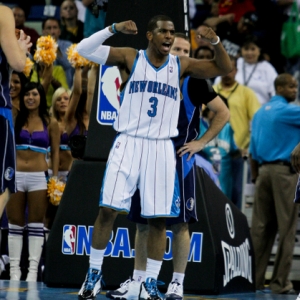 No team probably was kicking itself more after Game 1 than the Orlando Magic, who blew an 18-point lead at home and lost to the sixth-seeded Sixers on an Andre Iguodola jumper in the final seconds.

Still, Orlando opened as a 10.5-point favorite on BetUS for Game 2, and many numbers would indicate that Game 1 win was a bit of a fluke for Philly. For one, the Sixers were down 14 heading into the fourth and shot an unconscious 73.7 percent from the field in that quarter.

Second, the Magic, who made the third-most three-pointers in NBA history this season, hit just 5-of-18 on Sunday, or 27.8 percent.

Third, it was the biggest lead the Magic had blown all season. And fourth, Dwight Howard fairly dominated inside with 31 points (11-of-13 from the field) and 16 rebounds. Howard did get poked in both eyes during the game and saw a doctor, but he'll be starting Wednesday night.

This Magic team is flawed, and clearly Hedo Turkoglu is hurting - he even admitted he wouldn't be playing if it wasn't a playoff game. But this is a club that swept the Lakers this season, not to mention took all three regular-season meetings vs. Philly, so look for a big bounce-back game Wednesday.

Easily the most disappointing effort in the Eastern Conference's Game 1s came from Dwyane Wade and Miami in Atlanta. The Hawks held Wade to just 19 points in winning 90-64, the fewest points the franchise has ever allowed in a playoff game and the fewest Miami has scored this season. Wade's eight turnovers were just one off a Heat postseason record.

Atlanta, which is a five-point favorite on BetUS for Game 2, clearly doesn't respect anyone else to score on the Heat, and the Hawks suffocated Wade everywhere he went.

"We did a good job on Wade,'' Atlanta's Josh Smith said, ``getting in the passing lanes and making it difficult for him to get his colleagues involved in the game.''

Wade said it was important for rookie point guard Mario Chalmers to play better in Game 2. Chalmers had eight points and just two assists in 34 minutes.

``Right now it's no secret their game plan is not to guard [Chalmers]," Wade said. "He's going to have to take that heart and find a way to counter that.''

The over/under for this game is at 184 as of this writing. Be aware that of the five meetings this season between these two, the closest they got to that total was 174 points. So that might be easy money.

Here's a great stat for series bettors on this one, however: Each time the Hawks have won a playoff game by more than 20 points, they have lost the series.

The Hornets were a chic pick to upset the No. 2 Nuggets out West and maybe they still will. But New Orleans was blown off the floor in Game 1, 113-84.

Of course, Chauncey Billups had the game of his life for Denver, hitting 8-of-9 from the three-point line and finishing with 36 points (he averaged 17.7 ppg in the regular season). Those eight 3s are a franchise playoff record and just one short of the NBA playoff record, and those 36 points are one shy of Billups' career high in any game.

Byron Scott plans to keep Chris Paul exclusively on Billups on Wednesday even though Paul gives up about seven inches. Paul and Rasual Butler shared duties in Game 1, but Scott likes Paul's quickness and ability to pick up Billups at half-court.

Scott also said the team was tentative on offense against a Denver team that allowed 100.9 points per game in the regular season, second worst among playoff teams.

As for Game 2, be aware that Game 1 actually was fairly close deep into the third quarter before Denver went on a 21-0 run. That's probably why oddsmakers at BetUS are only giving Denver 5.5 for Game 2. It also was a positive for New Orleans that Tyson Chandler was able to play 27 minutes, although he had some foul trouble.