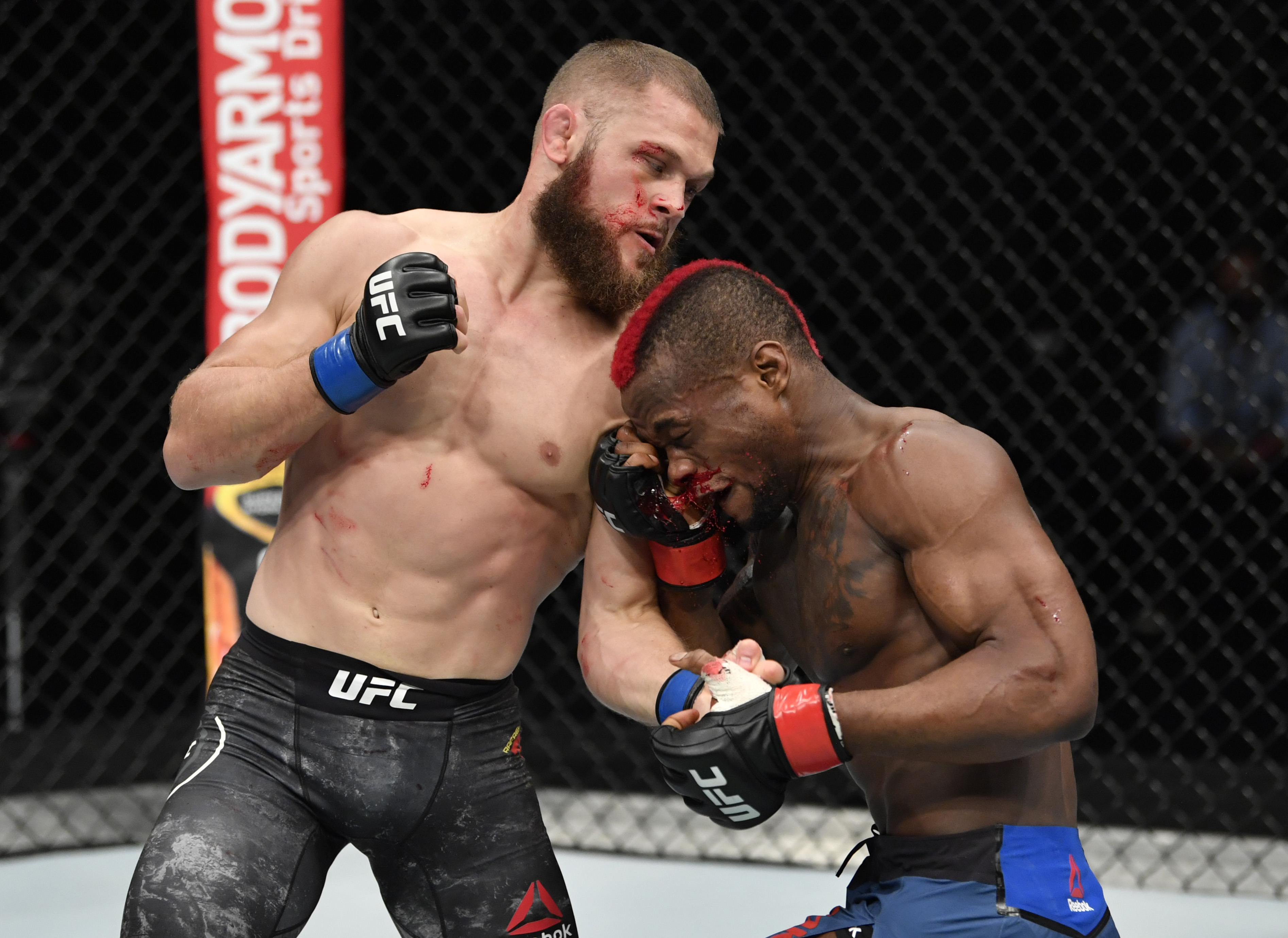 Regarding wrestling, Bobby Green is the more efficient grappler as he takes his opponents down 1.56 times per 15 minutes. Green is taking his opponents to the canvas on 41% of the times he tries and stuffing 72% of the takedowns his opponents attempt. Fiziev is finishing his takedowns on 50% of his takedown attempts and thwarting 70% of all takedowns attempted on him. Regarding subbing the opposition, Green is the more skilled fighter by attempting 0.3 submissions per 3 rounds while Fiziev looks to get 0.1 submissions per 15 min.

Another bout that you're not going to want to miss is when Vince Morales fights Drako Rodriguez. Morales comes into this fight with a record of 9-5-0. The 30-year-old records a weight of 145 lbs and measures in at 5'7". The orthodox fighter has an arm span of 70". Rodriguez comes in at 5'8" and will fight at 135 lbs. The orthodox fighter looks to add a victory to his record of 7-2-0. The 25-year-old has a wingspan of 69". In the grappling category, Vince Morales gets a takedown 0.30 times per 3 rds and Drako Rodriguez is averaging a takedown 2.75 times per 3 rounds. When talking about striking, Morales tags his opponents 4.22 strikes per minute and connects on 39% out of all the strikes he attempts. The other guy in this fight is Drako Rodriguez, who lands 35% of the strikes he has tried and connects on 2.57 per min.

Another must see fight on the night is when Ed Herman is set to square up with Alonzo Menifield. Menifield looks to add a victory to his career total of 10-2-0. The 33-year-old is fighting at 205 lbs and comes in at 6'0". The orthodox fighter extends his reach 76". Herman stands 6'1" and steps on the scale at 205 lbs. The orthodox fighter looks to add a win to his record of 27-14-0. The 40-year-old has an arm span of 77". Regarding wrestling, Alonzo Menifield deflects 85% of the takedowns fighters have tried and is finishing his takedown attempts on 14% of the times he tries. Herman is taking his opponents down on 48% of the attempts he tries and is able to curb 60% of all takedown tries against him. In the matter of striking, Menifield is taking 3.60 strikes/minute and he is landing 3.31 per min. Herman, on the other side, absorbs 3.35 strikes per min and is dishing out 3.32 per min.