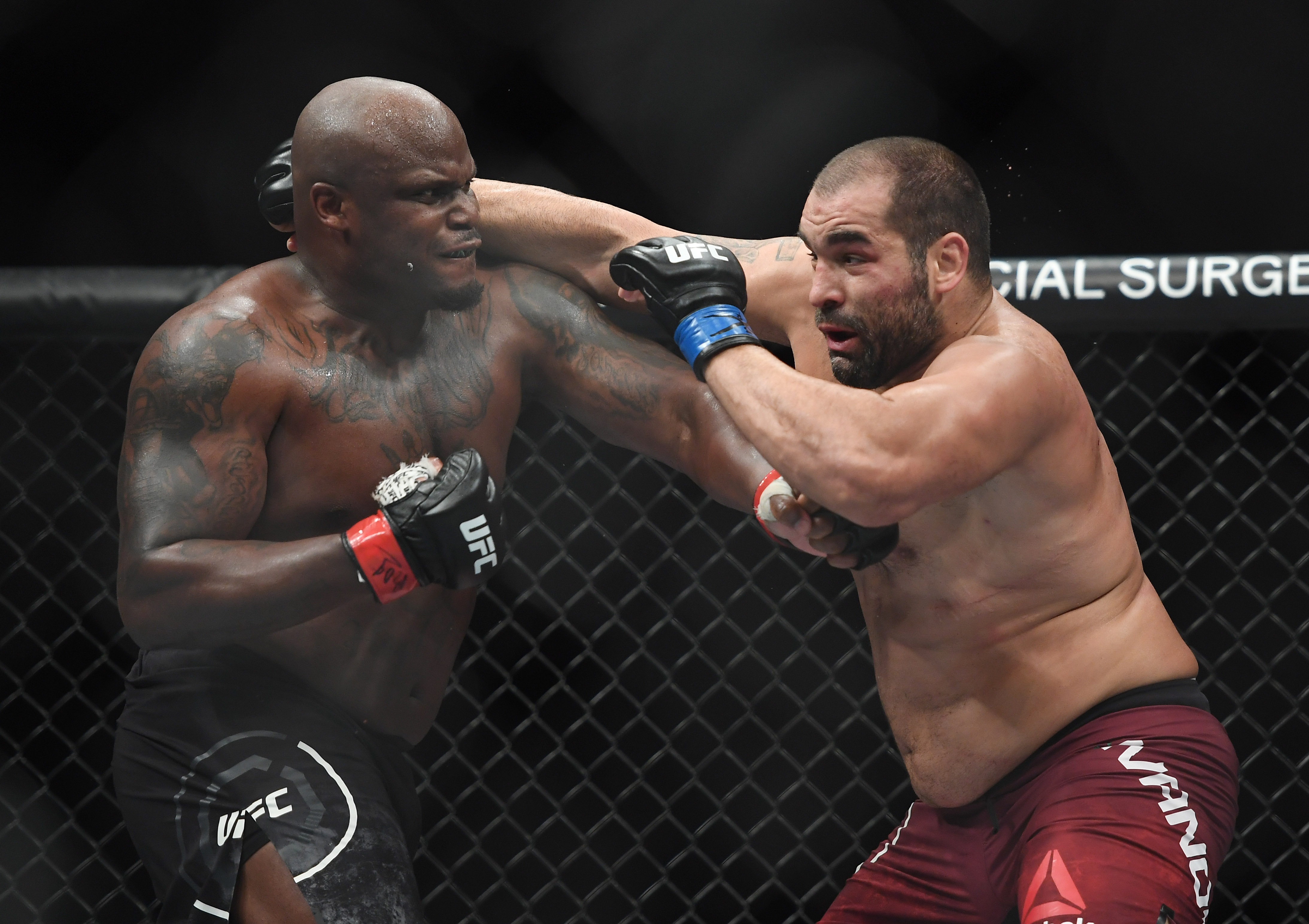 When it comes to grappling, Derrick Lewis is the lesser skilled wrestler as he takes his opponents down 0.52 times per 3 rds. Lewis is finishing his takedown attempts on 26% of the times he tries and is stuffing 54% of the takedowns his opponents try. Gane is scoring a takedown on 21% of the takedowns he tries and defending 80% of all takedowns attempted by his opposition. When it comes to submission attempts, Lewis is the lesser skilled fighter by trying 0.1 subs per 15 min while Gane attempts 0.3 subs per 3 rds.

Another fight that you're going to want to watch is when Jose Aldo meets Pedro Munhoz. Aldo looks to add a victory to his total of 29-7-0. The 34-year-old records a weight of 135 lbs and measures in at 5'7". The orthodox fighter stretches 70". Munhoz comes in at 5'6" and is weighing in at 135 lbs. The orthodox fighter comes into this fight holding a mark of 19-5-0. The 34-year-old extends his reach 65". When it comes to grappling, Jose Aldo takes his opponents down 0.57 times per 15 minutes and Pedro Munhoz takes his opponents to the canvas 0.68 times per 15 minutes. When it comes to striking, Aldo is connecting on 3.45 strikes per minute and connecting on 45% of his attempted strikes. On the other side of the cage you've got Pedro Munhoz, who connects on 43% of the strikes he attempts and connects on 5.60 per min.

If you're into fun fights, you're going to want to see when Vicente Luque is set to battle Michael Chiesa. Chiesa will be looking to add a victory to his total of 18-4-0. The 33-year-old is fighting at 170 lbs and stands in at 6'1". The southpaw fighter has a reach of 75". Luque stands in at 5'11" and weighs 170 lbs. The orthodox fighter comes into this fight with a mark of 20-7-1. The 29-year-old has an arm span of 75". Regarding takedowns, Michael Chiesa is stopping 68% of the takedowns his opponents go for and is taking his opponents to the canvas on 52% of his attempts. Luque is taking his opponents down on 50% of his tries and deflects 65% of takedowns his opponents have tried. Concerning striking, Chiesa is taking 1.71 strikes/min and he is dealing 1.89 strikes per minute. Luque, on the contrary, is absorbing 5.78 strikes per min and dishes out 5.74 per min.