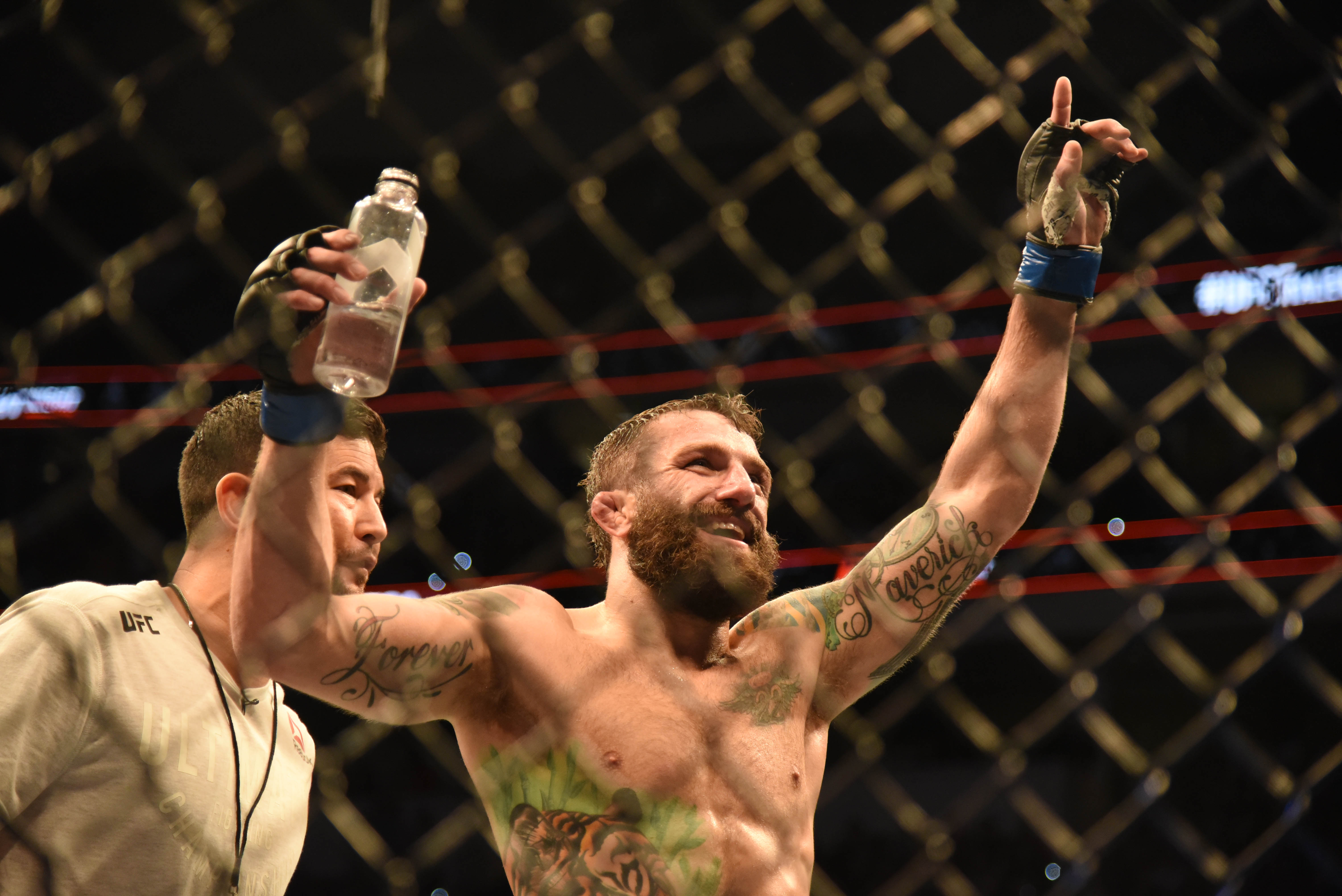 Another fight that you're going to want to watch is when Song Yadong squares up against Casey Kenney. Yadong steps into the cage with a mark of 16-5-1. The 23-year-old weighs 135 lbs and stands 5'8". The orthodox fighter extends his reach 67". Kenney stands 5'7" and steps on the scale at 135 lbs. The southpaw fighter walks into the Octagon holding a record of 16-3-1. The 30-year-old has an arm span of 68". In the grappling category, Song Yadong takes his opponents down 0.59 times per 15 min while Casey Kenney gets a takedown 1.10 times per 3 rounds. When it comes to striking, Yadong connects on 4.35 strikes/minute and landing 42% of his attempted strikes. Joining him in the Octagon is Casey Kenney, who is landing 42% of his attempted strikes and lands an average of 4.81 per min.

If you're going to be watching the fights, don't miss when Rafael Fiziev is set to encounter Bobby Green. Green holds a career mark of 27-11-1. The 34-year-old weighs 155 lbs and stands in at 5'10". The orthodox fighter stretches 71". Fiziev comes in at 5'8" and steps on the scale at 155 lbs. The switch fighter has a career record of 9-1-0. The 28-year-old stretches 71". Regarding wrestling, Bobby Green prevents 72% of the takedowns fighters have attempted and is finishing his takedown attempts on 41% of his tries. Fiziev is taking his opponents to the mat on 50% of the attempts he tries and stops 70% of the takedowns his opponents attempt. In the category of striking, Green absorbs 3.32 strikes per minute and he dishes out 5.17 strikes/min. Fiziev, on the other side, is absorbing 4.17 strikes per min and is connecting on 4.67 per minute.