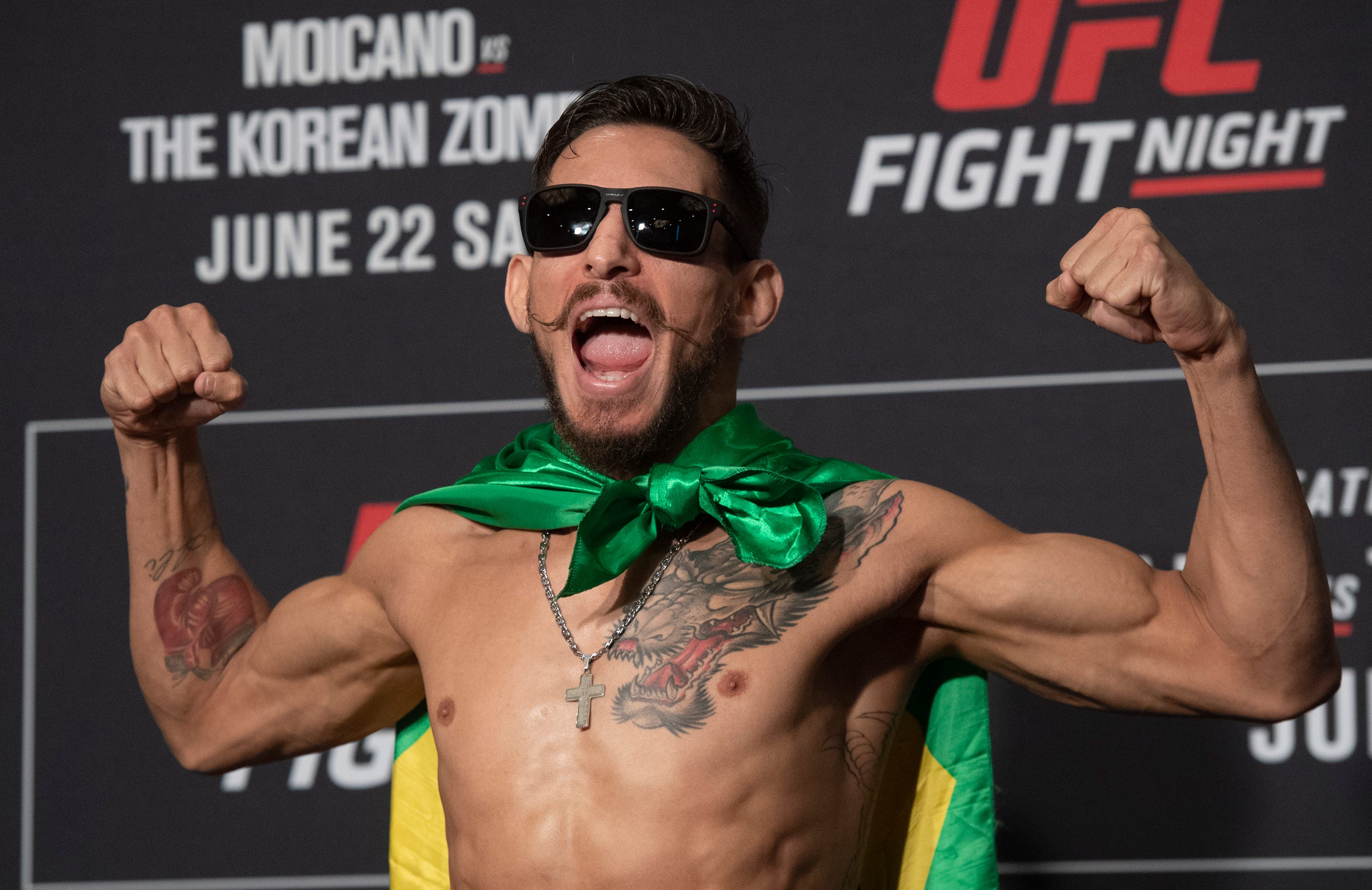 Another fight to keep an eye on is when Johnny Munoz meets Jamey Simmons. Munoz walks into the cage holding a record of 10-1-0. The 28-year-old records a weight of 145 lbs and stands 5'9". The orthodox fighter has a reach of 71". Simmons measures in at 5'6" and tips the scales at 145 lbs. The orthodox fighter holds a mark of 7-3-0. The 28-year-old stretches 70". When it comes to grappling, Johnny Munoz is averaging a takedown 2.00 times per 15 minutes while Jamey Simmons takes his opponents to the canvas 0.40 times per 3 rds. In the striking category, Munoz is landing 3.27 strikes per minute and is connecting on 62% of the strikes that he throws. The other guy in this fight is Jamey Simmons, who tags the opposition on 50% of the strikes he has tried and is landing 0.52 per minute.

Another bout to watch is when Angela Hill is set to face off with Tecia Torres. Torres will be looking to add a victory to her total of 12-5-0. The 31-year-old weighs 115 lbs and stands in at 5'1". The orthodox fighter extends her reach 60". Hill stands in at 5'3" and tips the scales at 115 lbs. The orthodox fighter will be looking to add a victory to her career total of 13-9-0. The 36-year-old extends her reach 64". In terms of grappling, Tecia Torres thwarts 56% of her opponents takedown tries and is scoring a takedown on 15% of her tries. Hill is finishing her takedown tries on 36% of the tries she takes and deflects 76% of all takedown attempts. In the category of striking, Torres takes 3.37 strikes/min while she is dealing 4.30 per minute. Hill, notwithstanding, is taking 4.98 strikes/min and dishes out 5.66 per min.