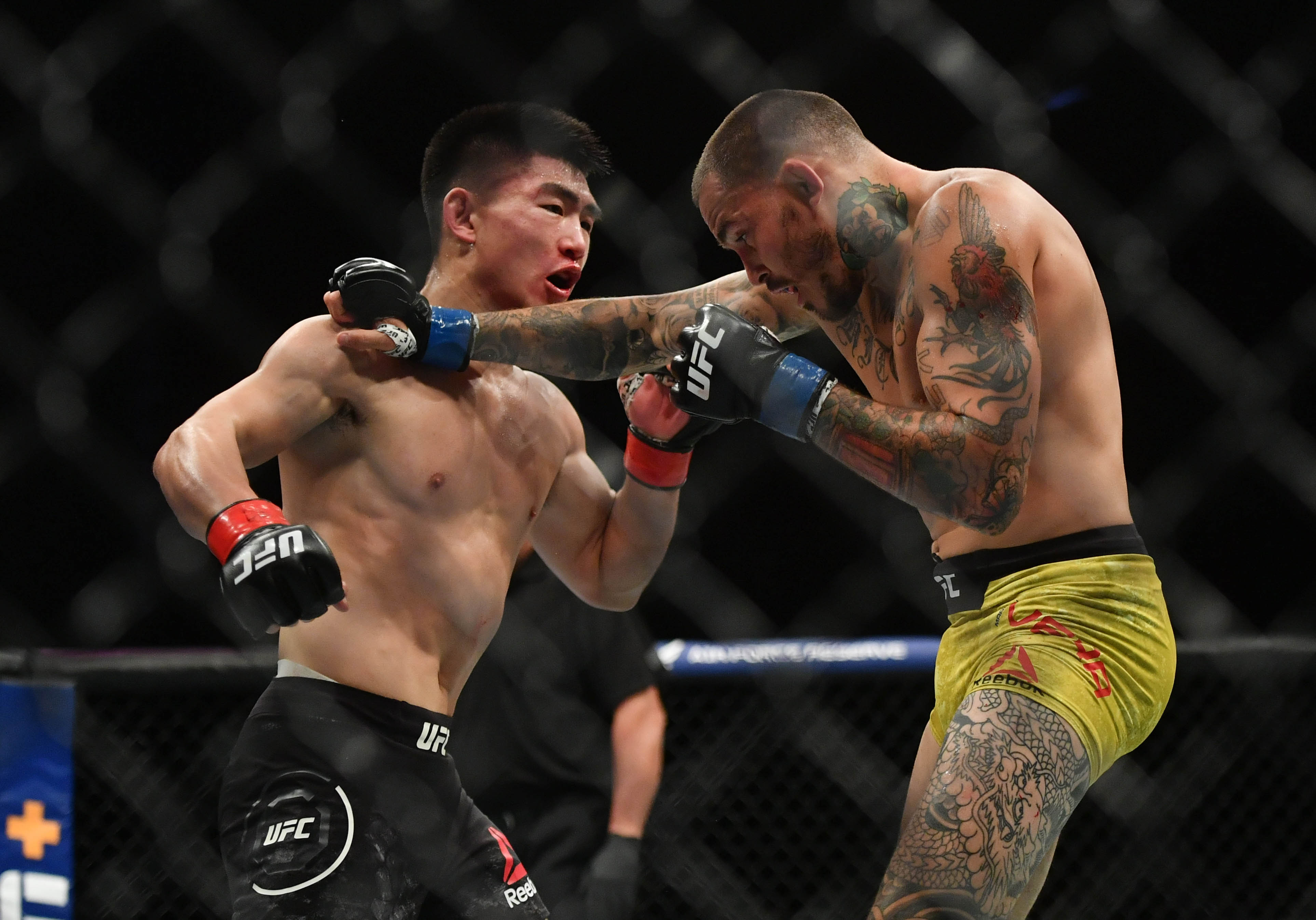 When it comes to grappling, Song Yadong is not as efficient of a wrestler as he takes his opponents to the mat 0.59 times per 15 min. Yadong is finishing his takedown attempts on 75% of his tries and defending 56% of all takedowns attempted on him. Kenney is scoring a takedown on 39% of the takedowns he tries and stuffing 59% of all takedowns attempted on him. In terms of going for the sub, Yadong is the lesser skilled fighter by attempting 0.4 submissions per 15 minutes while Kenney goes for 0.5 submissions per 15 minutes.

One more match to look forward to is when Bobby Green enters the Octagon with Rafael Fiziev. Green holds a career mark of 27-11-1. The 34-year-old weighs 155 lbs and stands in at 5'10". The orthodox fighter stretches 71". Fiziev comes in at 5'8" and steps on the scale at 155 lbs. The switch fighter has a career record of 9-1-0. The 28-year-old stretches 71". In terms of takedowns, Bobby Green takes his opponents down 1.56 times per 3 rds and Rafael Fiziev takes his opponents down 0.84 times per 3 rds. Regarding striking, Green lands 5.17 strikes/minute and is connecting on 51% of his attempted strikes. The other fighter in this bout is Rafael Fiziev, who is connecting on 57% of the strikes he has tried and lands 4.67 per minute.

If you're going to be watching the fights, don't miss when Drako Rodriguez is set to go up against Vince Morales. Morales comes into this fight with a record of 9-5-0. The 30-year-old records a weight of 145 lbs and measures in at 5'7". The orthodox fighter has an arm span of 70". Rodriguez comes in at 5'8" and will fight at 135 lbs. The orthodox fighter looks to add a victory to his record of 7-2-0. The 25-year-old has a wingspan of 69". Regarding wrestling, Vince Morales stops 55% of the takedowns his opponents go for and is finishing his takedowns on 20% of the times he tries. Rodriguez is finishing his takedown tries on 60% of the tries he takes and is able to defend against 20% of all takedown tries against him. With reference to striking, Morales takes 4.16 strikes/min while he connects on 4.22 per min. Rodriguez, in contrast, is taking 2.57 strikes/minute and is connecting on 2.57 per min.