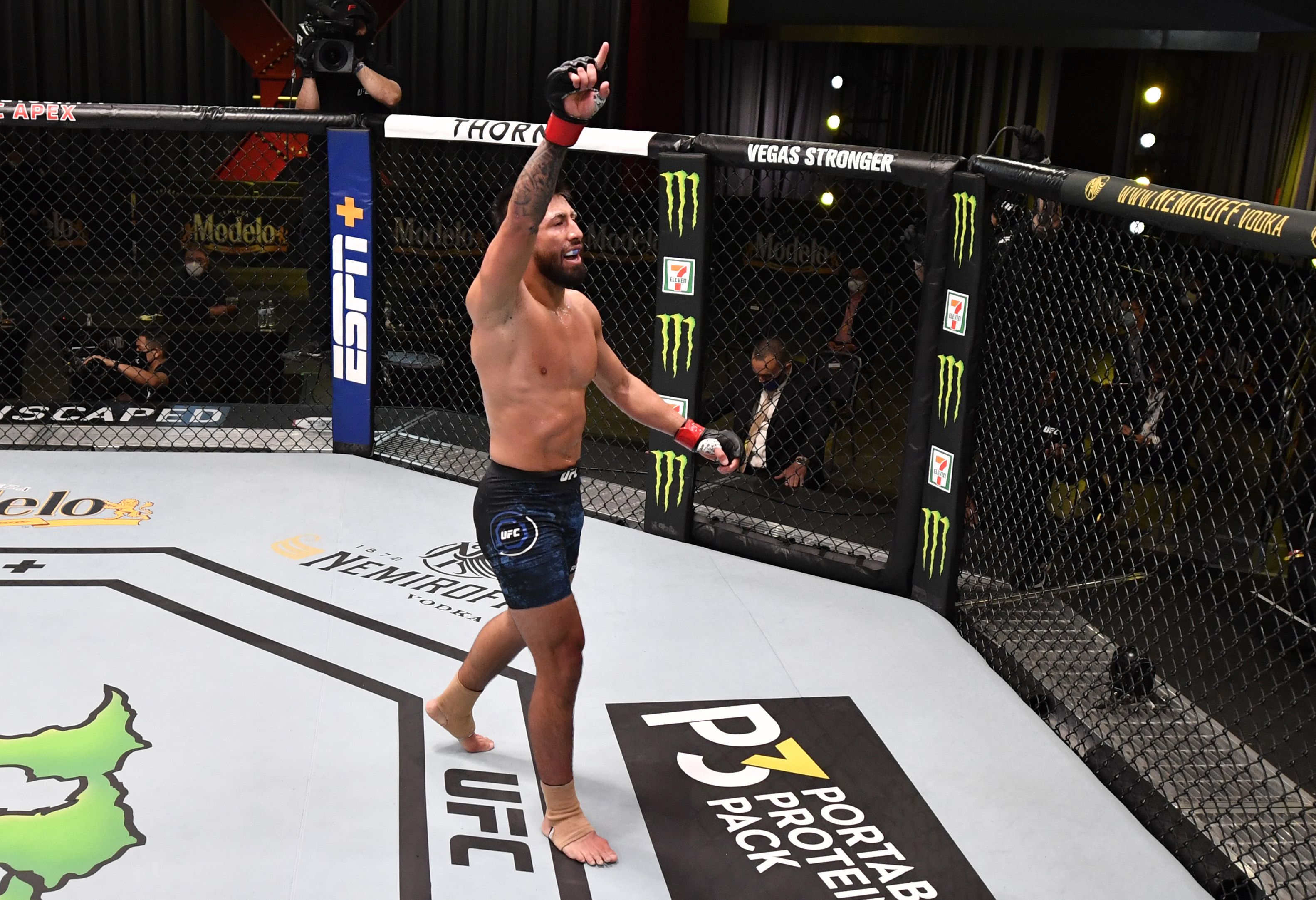 One more match to look forward to is when Alonzo Menifield takes on Ed Herman. Menifield looks to add a victory to his career total of 10-2-0. The 33-year-old is fighting at 205 lbs and comes in at 6'0". The orthodox fighter extends his reach 76". Herman stands 6'1" and steps on the scale at 205 lbs. The orthodox fighter looks to add a win to his record of 27-14-0. The 40-year-old has an arm span of 77". When it comes to grappling, Alonzo Menifield takes his opponents to the mat 0.39 times per 15 minutes while Ed Herman takes his opponents to the mat 2.21 times per 3 rounds. When it comes to striking, Menifield is connecting on 3.31 strikes/minute and is connecting on 48% of his attempted strikes. The other fighter in this bout is Ed Herman, who is connecting on 49% of the strikes he attempts and connects for an average of 3.32 per minute.

If you're into fun fights, you're going to want to see when Ode Osbourne is set to square up in the Octagon with Manel Kape. Kape comes into this bout holding a record of 15-6-0. The 27-year-old weighs in at 125 lbs and measures 5'5". The southpaw fighter extends his reach 68". Osbourne stands in at 5'7" and records a weight of 145 lbs. The southpaw fighter has a career mark of 9-3-0. The 29-year-old reaches 73". In the category of takedowns, Manel Kape is able to thwart 80% of the takedowns fighters have gone for and is scoring a takedown on 28% of his attempts. Osbourne is taking his opponents down on 70% of the attempts he tries and stops 66% of the takedowns his opponents try. With reference to striking, Kape absorbs 4.30 strikes per min while he connects on 3.67 strikes/minute. Osbourne, on the other side, absorbs 3.04 strikes/minute and is connecting on 4.30 per min.