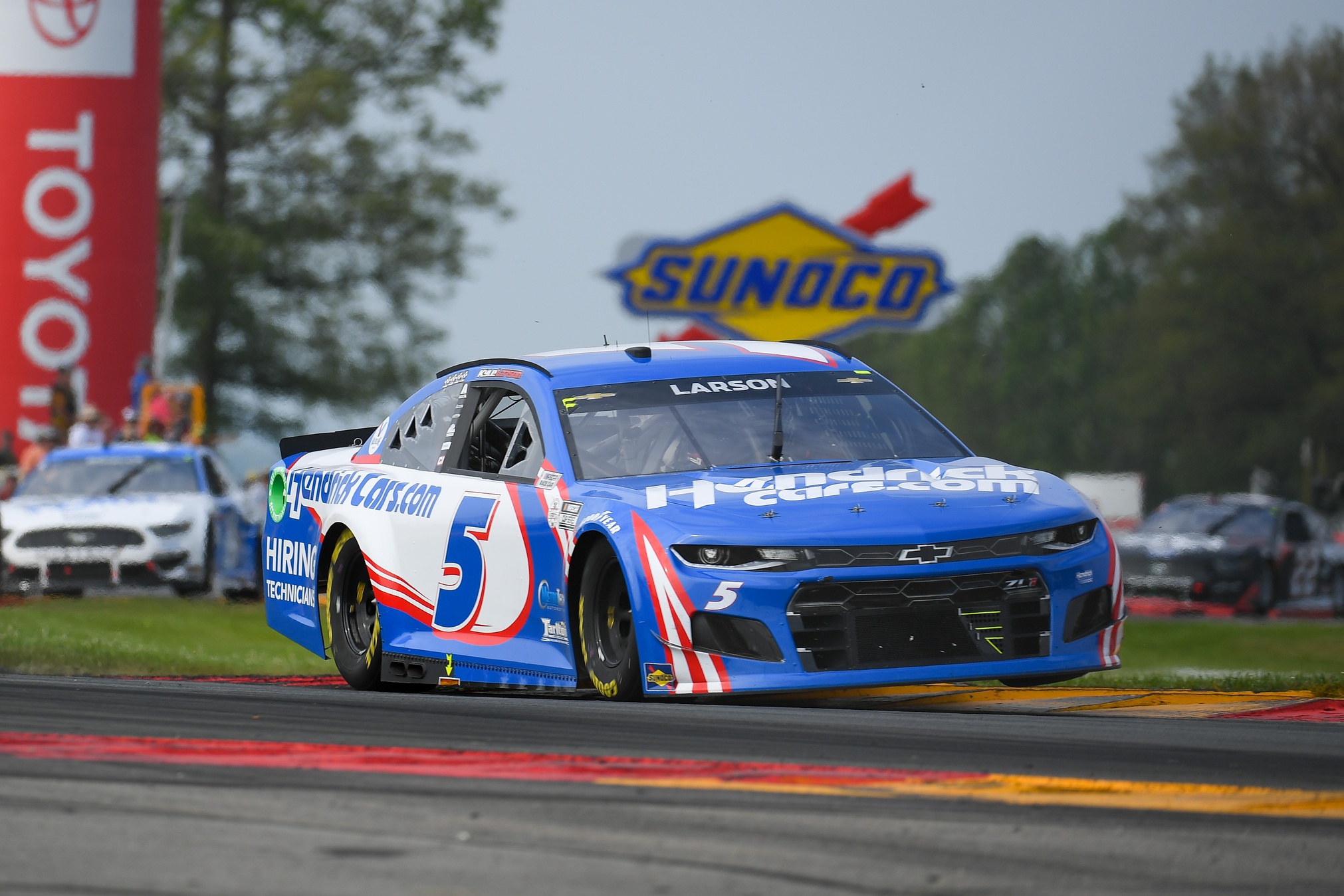 Verizon 200 at the Brickyard

Indianapolis Motor Speedway will be getting another visit from the NASCAR Cup Series this weekend. However, the Brickyard is going to look a little different this season as it is going to a 14-turn 2.439-mile road course instead of the standard rectangular oval track. So, while this is far from a new track, it is going to new for a lot of these drivers.

There are a lot of unknowns in this race, but it should be a fun one when the drivers race on this "new" track.

Go Bowling at The Glen Results

Starting spots 1-3 all belonged to Team Penske and took the field into green. during the first turn of the second lap, Ryan Newman spun his car out for the first incident of the afternoon. The race would stay green given that Watkins Glen International is a road course. Brad Keselowski was sitting on the pole and pulled away from the field until he spun out right before the competition caution was to come out. He fell back into the 6th spot and started having issues with his brakes.

Because this is a road course, drivers were trying to take advantage of the situation by pitting before the stage break. In the end, Joey Logano was able to fight off Kyle Larson for a win in Stage 1.

Stage 2 started with Ricky Stenhouse Jr. taking the lead because he didn't pit during the break. However, Chase Briscoe took the lead from him as he dove to the inside on the restart and passed Stenhouse Jr. Martin Truex Jr. would be the next driver to take the lead as he got momentum on the outside. A caution flag would come out for James Davison, who was stopped on the track, but that wouldn't stop Truex Jr. from taking the Stage 2 win.

During the final stage break, many drivers would stay out of pit road to try and grab an advantage. This would be a real test of fuel conservation and mileage because many drivers would try to finish this one on just two pit stops. There was a little bit of contact between Christopher Bell and Kyle Larson in turn 1. Another teammate-on-teammate collision would happen when Brad Keselowski hit Joey Logano, sending them both off into the runoff. In the end, Kyle Larson took a fuel risk and it paid off. Had he a few more laps, Chase Elliott might have caught Larson, but that wasn't the case today. Larson would take his second road course victory of the season, and first win at Watkins Glen International.

It's a two-man race for the regular season championship between Denny Hamlin and Kyle Larson. The two drivers are currently tied with 917 points apiece. They are followed by William Byron (786 points), Kyle Busch (779 points) and Joey Logano in 5th place (760 points). While he hasn't won a race yet, Denny Hamlin has been the most consistent driver of the season. He'll be looking to lock up his playoff spot this weekend.

Verizon 200 at the Brickyard Odds

Chase Elliott is due for a win, and we think he'll come back with a vengeance this weekend. NASCAR confiscated a part; he was forced to start in the back and his crew chief was ejected last weekend. That said, Elliott still almost won the race. Elliott seemed angry when this last race finished, and we have a feeling he is going to take it out on the field this weekend.