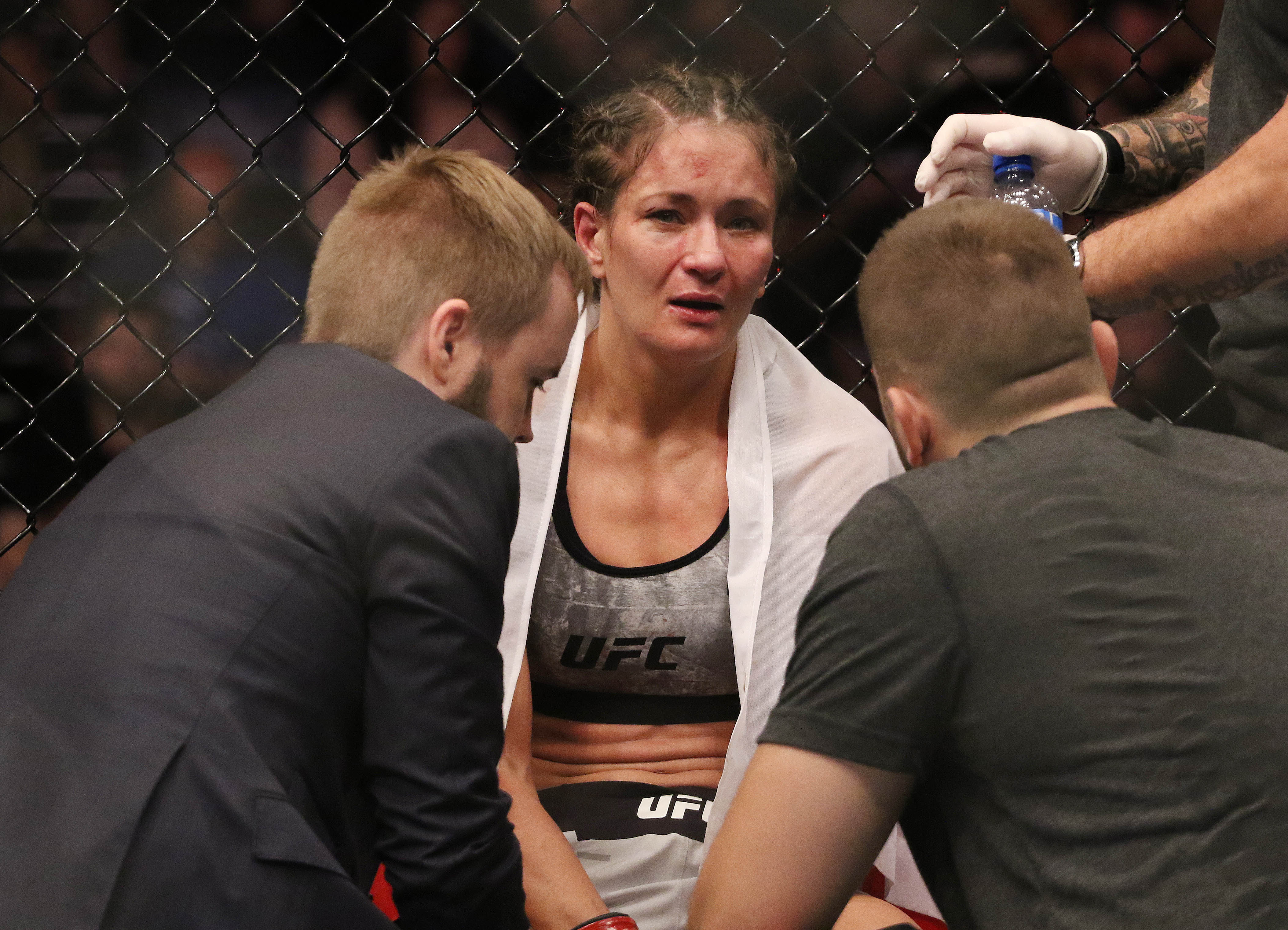 Karolina Kowalkiewicz will enter the Octagon with Jessica Penne at UFC 265 on Saturday, August 7, 2021. The opening line has Kowalkiewicz at -120 while Penne is coming in at -102.

Regarding wrestling, Karolina Kowalkiewicz is the not as competent as a wrestler as she takes her opponents to the canvas 0.10 times per 3 rds. Kowalkiewicz is finishing her takedown attempts on 12% of her tries and stuffing 75% of all takedowns attempted by her opposition. Penne is getting her opponent to the mat on 23% of her takedown tries and stopping 42% of the attempts against her. Regarding going for the sub, Kowalkiewicz is not as skilled of a technician by attempting 0.1 finishes per 15 min while Penne goes for 0.6 finishes per 15 minutes.

Another fight to keep an eye on is when Derrick Lewis meets Ciryl Gane. Lewis walks into the Octagon with a mark of 25-7-0. The 36-year-old tips the scales at 260 lbs and stands 6'3". The orthodox fighter extends his reach 79". Gane measures 6'4" and weighs in at 245 lbs. The orthodox fighter holds a mark of 9-0-0. The 31-year-old has an arm span of 81". When it comes to grappling, Derrick Lewis takes his opponents down 0.52 times per 3 rounds while Ciryl Gane is able to score a takedown 0.82 times per 15 minutes. When talking about striking, Lewis lands 2.59 strikes per min and landing 50% of the strikes that he throws. The other fighter in this bout is Ciryl Gane, who tags the opposition on 54% of the strikes that he throws and lands 5.13 per minute.

Another bout to watch is when Pedro Munhoz is set to encounter Jose Aldo. Aldo looks to add a victory to his total of 29-7-0. The 34-year-old records a weight of 135 lbs and measures in at 5'7". The orthodox fighter stretches 70". Munhoz comes in at 5'6" and is weighing in at 135 lbs. The orthodox fighter comes into this fight holding a mark of 19-5-0. The 34-year-old extends his reach 65". Regarding wrestling, Jose Aldo is able to defend against 91% of the takedowns fighters have tried and is finishing his takedown attempts on 56% of his attempts. Munhoz is finishing his takedowns on 21% of the attempts he tries and curbs 80% of the takedowns his opponents attempt. In the category of striking, Aldo is taking 3.52 strikes/min while he is dealing 3.45 per minute. Munhoz, in contrast, absorbs 5.87 strikes per minute and is dealing 5.60 per min.