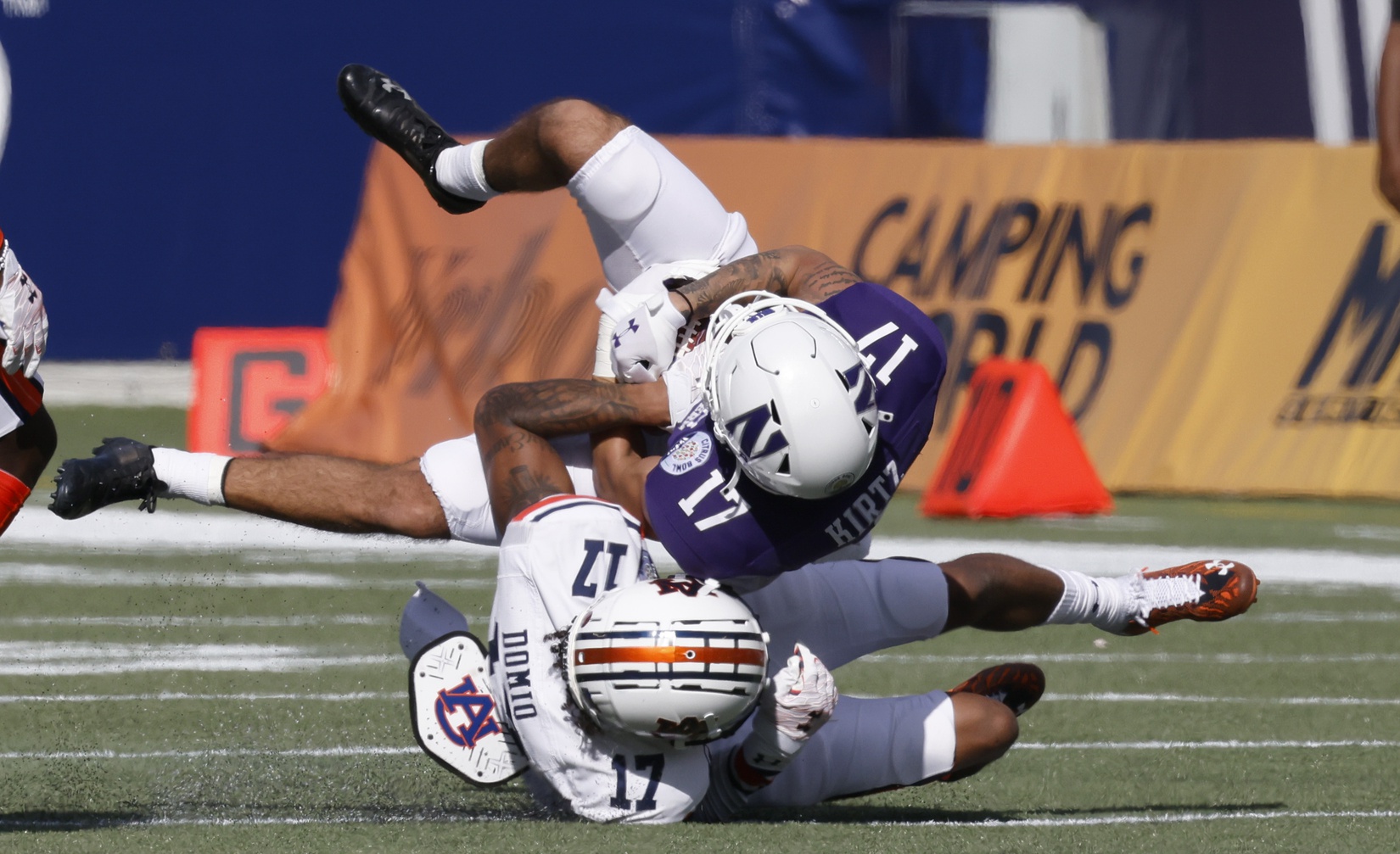 Not everyone suffered through the COVID season. Some teams, with Northwestern being at the top of the list, thrived in the bizarro reality that was 2020. The Wildcats went 7-2, nearly won the Big Ten Championship, and hammered SEC foe Auburn (35-19) in the Citrus Bowl. They finished the season in the Top 10 for the first time since the dream season of 1995.

Now it is time to pay the piper.

There was nothing lucky or fluky about Northwestern’s 2020 campaign. Yes, they won three one-score games in a row against Iowa (by 1), Nebraska (by 8) and Purdue (by 7). But they also outscored their opponents by an average of nine points per game, didn’t make mistakes, and won with toughness and discipline, hallmarks of Pat Fitzgerald-coached teams.

Northwestern welcomes back just eight total starters from last year’s squad. That’s the lowest number of any program in the country. So while everyone else in the Big Ten is stocked with returning, experienced talent, the Wildcats are entering a rebuilding season.

A lot will revolve around sophomore transfer quarterback Ryan Hilinski. Hilinski showed a lot of potential at South Carolina and will need to take over a leadership role quickly. Northwestern lost three of its top four rushers and its top four pass catchers.

The best thing that Northwestern has going for it this year is the schedule. They host Michigan State (2-5 last year), a team that upset the Wildcats last year, in the season opener. Indiana State, at Duke and Ohio round out the September slate. Northwestern also has a week off before hosting rebuilding Rutgers. That’s five very winnable games in their first six outings.

The problem comes after that. Four of their last six games are away from home, including a closing kick at Wisconsin, versus Purdue (at Wrigley) and at Illinois.

Remember: two years ago this team went just 3-9 and massively underachieved (a result I easily called here). I’m not taking anything way from what the Wildcats accomplished last season. Everyone was in the same boat. Some teams, like Northwestern, stepped up, while others (like Wisconsin and Penn State) fell on their faces.

That was last year. This is this year. And this year Northwestern looks like a team that is going to get its face smashed in a stacked Big Ten. I think they are going to have a significant letdown this season, and I’ll be surprised if they make it five wins much less seven. This is an easy ‘under’ call.