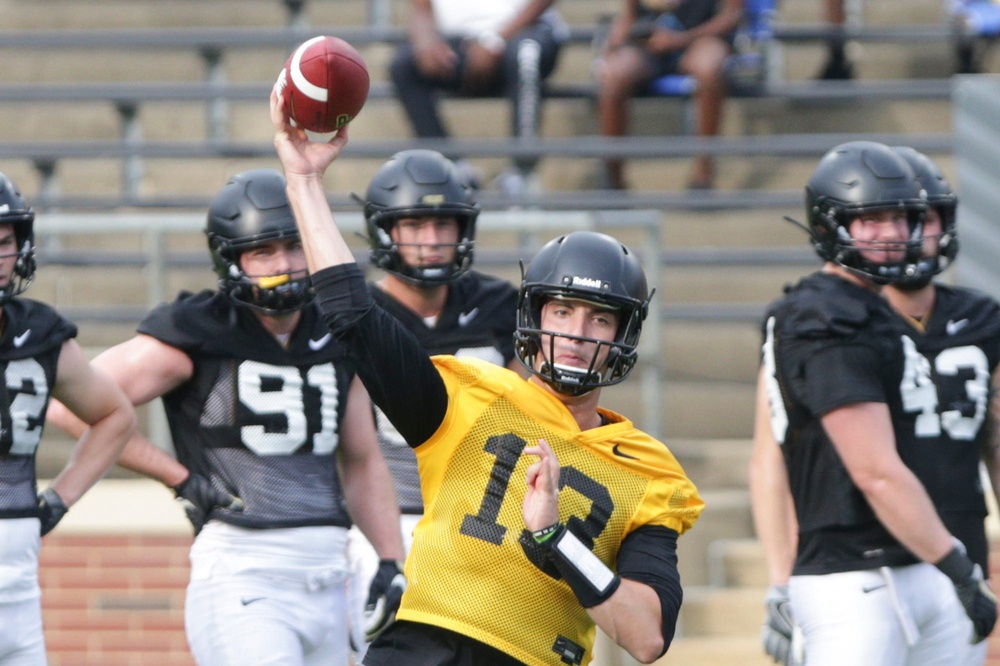 In 2019, I was all over a Purdue collapse. Their season win total coming into that season was 7.0, and they barely won half that number, easily cashing my ‘under’ ticket on them in the process.

Things got even worse last season for the Boilermakers as they slogged their way to a 2-4 COVID-marred season. They are an afterthought in the Big Ten this year, which is to be expected for a program that has just one winning season in the last eight tries.

However, I’m optimistic about Purdue this year. I think that they are going to make a significant turnaround after two years in the toilet, and I’m expecting them to be a big-time moneymaker in the Big Ten this season.

Purdue actually opened last season 2-0, including a home upset over Iowa. They only lost to Northwestern – who had a rabbit’s foot up its ass all year – by seven points and then got screwed out of a win at Minnesota. The Boilermakers then blew a late lead in a shocking loss to Rutgers before coughing up another game to Nebraska thanks to a flurry of turnovers, penalties and special teams meltdowns. They really were much better than their record last fall.

I believe in Jeff Brohm. He’s proven that he’s the real deal, and he has his best and most experienced squad yet. Brohm has 18 returning starters back, and the key will be the development of quarterback Jack Plummer. Plummer has nine starts over the past two seasons and needs to take a step forward while keeping this passing offense in the Top 20 in the country.

Plummer is going to have a lot of help. Yes, they lost stud wideout Rondale Moore. However, Purdue has four of five starting offensive linemen back, four of their top five receivers and their top two running backs.

This Purdue defense – which should get support from a more efficient offense – could be the best in the Brohm era. They are still young. But they have five sophomore starters that are in their third year in the program, so they are more experienced than they look. If this stop unit can match what the 2017 team did, (allowing just 20.5 points per game) then Purdue is going to shock some people.

Purdue’s schedule is not easy. No one in a loaded Big Ten has an easy schedule this year. Games at Notre Dame and Ohio State, as well as a home date with Wisconsin, are likely losses. They also have tough trips to Iowa and Nebraska.

But even if Purdue loses all five of those tough games (and Brohm has proven an ability to steal at least one upset), I still think they could win their remaining seven bouts. And with this number set at 5.0, they can still afford one other slip up and still beat this number.

I think the odds are much more likely that Purdue is a surprise team in the Big Ten than they are that Brohm underachieves again. I think that a 6-6 campaign and a return to a bowl game is the floor for this team. And if the defense matures, these guys are going to be a handful. I’m going to buy low on this group and I’ll gladly take them to go ‘over’.