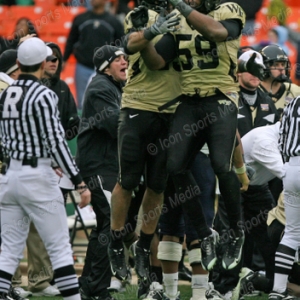 Every NFL team needs to have a good draft. Having a bad draft for a year or two can leave the cupboards bare, force the team to rely on expensive free agents to fill gaps, and generally affect a team's ability to compete. Despite that, it only makes sense that some teams are in more urgent need of a good draft this year than others. It's not as simple as saying that the five worst teams need the best drafts, either, though it obviously wouldn't hurt them. Sometimes teams need just as much help to stay on top. Here's a look at four teams that most need to have a good draft this year:

Detroit Lions - This one pretty much goes without saying - a team coming off the first 0-16 season in history obviously needs all the help it can get. The need goes deeper than that here, though. The Lions have been a punchline for far too long. They are in a city that is going to struggle to support a team right now as it is, but will especially struggle if they are so brutally uncompetitive. They have the added pressure of having the top pick in a draft that is far from the deepest and most talented we have seen. Fans have been burned too many times before, and they can't forget nightmares like Joey Harrington and the countless top receivers who have yet to create a worthwhile offense for the team. It's hard to know what the team should do first, or with all their other picks, but no team in the league more desperately needs some good luck so that their risky top pick turns into a winner.

Cleveland Browns - The team made the very odd decision to make Eric Mangini their new coach, and he has taken over the team with the delicacy of a wrecking ball. He's sent Kellen Winslow packing, and it looks like he is about to do the same to Braylon Edwards. He's made no secret of his discontent with his QB situation. Mangini takes over a team that was pretty competitive just two seasons ago, so he has a base to build on. The fans and the players will be patient and supportive of him and his changes for a while, but only if they show real promise from the start. To do that, Mangini is going to have to rely on the draft to fill some of the holes he created, and others that were already there for him. Perhaps more than any city other than Detroit, Cleveland deserves a team that can be competitive for a while. That is far less likely to happen if they don't start the Mangini era with a good draft.

Indianapolis Colts - The Colts have been the model of an elite franchise for the last several seasons, but the era is starting to shift. Tony Dungy is gone, and a new coach is in place. Marvin Harrison is out, and Peyton Manning still hasn't found a new favorite target to replace him. The core of the team that has been so successful is aging, and they need to keep replacing them to stay on top. It's obviously not desperate, but this team has never been a prime free agent destination, so they need to keep building from within to keep their position on or near the top. Some of their past success has to be attributed to a weak division, but the rest of the teams around them are catching up fast, so Indy needs to keep topping up their talent so that they can keep pace as well.

Jacksonville Jaguars - Speaking of AFC South teams chasing the Colts, we have the Jags. Jacksonville came into the season last year with massive expectations - I'm embarrassed to say that they were my preseason Super Bowl pick. They stumbled to a brutal 5-11 record. That could make you think that they need a massive overhaul, but the problems last year had more to do with injuries than anything else. If they'd been healthy they would have been competitive, and their core is still in place, so the window is still open. It won't stay that way for long, though. They have two big challenges coming into this draft - to improve the positions that need help and depth, and to maintain the chemistry that was made fragile by last year's disaster. The chief position of concern is at quarterback. David Garrard was signed to a big contract coming into last season, but he had an off year. Injuries to key offensive personnel were a big part of the reason for that, so it should be remedied at least in part this year, yet the team has openly flirted with taking one of the top two pivots early in the first round. What they decide to do there will have a ripple effect on much of the team, and needs to be handled very carefully.