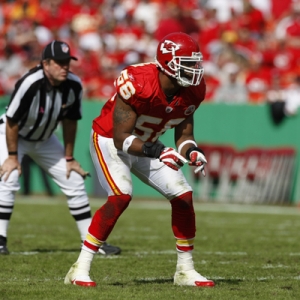 We hear it all the time - defense wins championships. That's not a magic formula, but it's generally pretty true when it comes to the NFL. Last season, for example, the Steelers were at the top of almost every defensive statistical category, and they have a Super Bowl to show for it. Of more interest to bettors, though, is whether solid defense contributes to healthy payroll growth. To get a sense of that we can compare leadership in key statistical categories to ATS performance of teams to see what stands out. Here's a look:

Yards allowed - This is the most carefully watched defensive statistic, so it makes sense as a starting place. Pittsburgh was well ahead of the crowd here, allowing 25 yards per game less than their nearest rival. That stingy defense didn't necessarily result in betting riches. The Steelers were profitable on the season, but just barely - they were 9-7 ATS. Four of the top five defensive teams by this measure were profitable on the season, and the five combined to go 49-29-2 ATS - a very sweet 63 percent winning rate. On the other side of the coin, none of the bottom five teams by yards allowed were profitable - Kansas City was closest at 8-8 ATS. Together, those five teams were an ugly 32-46-2 ATS. That's an ugly 41 percent win rate - a very god way to throw your money away. It would seem then that, at least at the extremes, yards allowed is a pretty good indicator of betting success - a stingy defense is a much better bet than a porous one.

How about on the totals? The general assumption would be that the better defensive teams would be a sound 'under' bet, and the lesser teams would be worth a look on the over. So does this simplistic assumption hold up? Well, sort of, but it's very deceptive. The top five teams went 'under' 41 times in 80 games, and pushed four other times. That makes the 'under' slightly profitable, and even more so when you consider that some of those top five teams played each other. The problem, though, is that only two teams were profitable on the 'under,' and Philadelphia was only barely so -- 7-8-1 on the 'O/U'. Virtually all of the profit comes from the Redskins, who went 'under' 12 times and pushed once in 13 tries. In other words, the relationship between strong defense and the 'under' might look promising on the surface, but it doesn't hold up under scrutiny. The poor defensive teams aren't much better. They combined to go 40-35-5 on the 'O/U,' but Detroit at 10-5-1 was the only one that was significantly profitable on the 'over'. based on last year, yards allowed isn't a reliable indicator of 'over-under' performance.

Sacks - This is the defensive category that gets all the glory, so it's worth a look. Teams spend fortunes for pass rushers, and players that look like they can get to the quarterback often get drafted higher than you would guess they should. Dallas had eight more sacks than any other team, yet they were just 7-9 ATS. Minnesota, also in the top five, were 6-10 ATS. The top five teams were 44-36 ATS - a respectable return, but not enough to get too excited about. The balloon is further deflated when you look at Kansas City. The Chiefs were as inept on the pass rush as any team has ever been - they managed just 10 sacks while no other team had fewer than 17. Despite that, they finished 8-8 ATS - a very respectable mark for a team that was just 2-14 straight up. That's better proof than anything that sacks aren't worth much attention as an ATS predictor.

Run defense versus pass defense - So, if you could choose just one would you rather have a team that can stop the pass or one that shuts down the run? As a bettor last year, you would favor the passing teams, but not by enough to change your life. When it comes to the better defensive teams, teams that can stop the pass are better to bettors - 46-34 ATS compared to 43-35-2 ATS for the top rushers. This isn't as useful as it might seem, though - three of the teams are in the top five in both categories, so the difference between the two categories isn't as meaningful as it could be given the small unique sample size. With the bad teams the pass also comes out on top - bad pass defending teams covered 46 percent of their games, while bad run-stoppers only covered 43 percent of the time. This one is a bit more meaningful as well because the Chiefs are the only team that landed in the bottom five in both statistical groups.