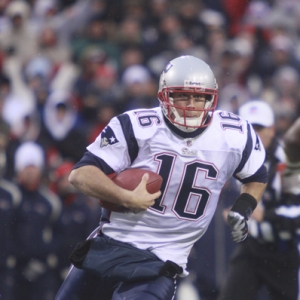 There are few things harder in the NFL than handicapping quarterbacks. A team obviously needs a quarterback to win, but the betting public pays far too much attention to the position. Trying to find the right balance of attention that the position deserves is a real challenge. As we sit just a couple of weeks from the start of NFL training camps there are some teams that are clearly in a better QB position than others. Here's a look at six teams that are probably losing sleep over the current state of their QB situation.

Minnesota Vikings - Uncertainty breeds dissension on football teams, and the league's biggest diva is creating all sorts of uncertainty in the land of the lakes. We all know that Brett Favre wants to come back for another year, and we know that the Vikings want him. We won't know anything for sure, though, until Favre arrives at training camp. No matter what his decision is there will be uncertainty. If he joins the team then we have to see how fast he can learn the system, if he is accepted by his teammates in Minnesota better than he was in New York, whether he has the receiving tools he needs, if he can stay healthy all year, and where his motivation will be at if the team doesn't win or once the Vikes have played the Packers twice. His return would also likey force Tarvaris Jackson to ask for a trade, and that can always get ugly. If he doesn't come back then you have a few talented but flawed guys who have spent too much this time looking over their shoulders instead of getting ready. Either way, this team isn't where they probably should be to ensure maximum performance.

Cleveland Browns - Brady Quinn is unproven. Derek Anderson is unreliable. Neither has played for the current coaching staff. The receiving corps is depleted, and the only proven offensive star, Braylon Edwards, is unhappy. And on top of all that, the new coach, Eric Mangini, has done enough to make it easy to think he's an idiot in his short time in Cleveland. By Week 3 of the season this team could be totally fine and it could be impossible to believe that we were ever actually worried. Or they could be in the same place they were last year - lots of arms, but none ready for prime time.

Denver Broncos - When a team trades away a young pro bowler and doesn't get one in return you can't help but be concerned. When a coach gets hired at a younger age than most guys retire as players and promptly alienates that pro bowler then you have to be terrified. Coach Josh McDaniels seems to have faith in Kyle Orton, but he's still Kyle Orton, and Kyle Orton is no Jay Cutler. This situation is especially noteworthy because McDaniels will feel incredible pressure if Orton doesn't play well from the start - especially if Cutler hits the ground running in Chicago.

Kansas City Chiefs - I applaud the Chiefs for taking a risk and making a commitment to get the guy they wanted. The problem, though, is that they have committed their future, and a whole lot of money, to a guy that has only one year of real play, and that was with the best team in football. The Chiefs have issues all over the field, so they need a whole lot from Cassel right away if they don't want to be locked in rebuilding mode forever. I'm generally optimistic about the mid-to-long-term future in Kansas City, but things are definitely murky early this year.

Houston Texans - Matt Schaub is probably a serviceable NFL quarterback, but he has a bad habit of getting hurt. His backup, Dan Orlovsky, is quite probably the most overpaid quarterback in the league. Houston has been on the verge of taking the next step for years, but they have never quite pulled it off. They have one of the top receivers in the league, and a very solid running game, but their QB play has never been quite enough to get them over the top. I'm sure many people would argue I am wrong, but I find it hard to believe that this year will be any different when this is the group they are putting under center.

San Francisco 49ers - The organization has played musical chairs with offensive coordinators, and had a mess with head coaches last year, so it's not a wonder that they have struggled to find a workable QB. Some believe that Shaun Hill can be the answer. Others, like me, still stubbornly believe that Alex Smith has Pro Bowl potential if he was given the right chance. Either way, it seems like the team isn't convinced. They flirted with a lot of options this offseason. They looked at trading up to draft Sanchez or Stafford. They looked at trading for Cutler or Cassel. They flirted with free agents like Kurt Warner. It's hard to feel too comfortable about their situation when they clearly don't.